RIGHT BECK ATCHA!!! Willamette Week's long-time gay columnist, and in this writer's opinion, one of the best things the newspaper had going for it, Byron Beck, is rumored to have been laid off yesterday afternoon. Stephen Marc Beaudoin at Just Out wonders aloud if Beck's Queer Window column might continue with "another voice." Which I think is the closest I think I've ever seen a blog entry come to actually submitting one's resume in public. Good luck, Byron. There's a book deal waiting for you I'm sure.

HILLARY FOR SECRETARY OF STATE??? The idea has been discussed, according to Obama aides. But then, so has the idea of putting mirrors in space to stop global warming...

WHO IS GETTING OUR BAILOUT CASH??? Bloomberg is suing the Feds under the Freedom of Information Act, for failing to disclose the recipients after promising "transparency" last month. 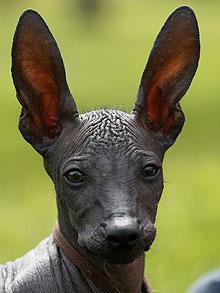 WHICH EMANUEL ARE YOU??? Wonkette offers a cheeky personality test to help you distinguish Obama's chief of staff from his Hollywood Agent and Doctor bros. And compare them to yourself, of course.

PUTTING THE P IN POLITICS!!! New Jersey councilman pisses all over crowd at Grateful Dead Tribute concert. Hat tip to the Gambit blog.

DRUNK DRIVING WITH A CHILD IN THE CAR!!! All part of Southeast Portland's marvelous sense of "community."