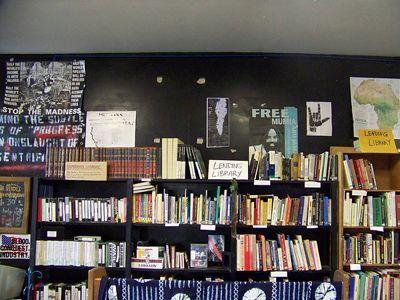 Eli--a man who doesn't believe in last names, or taxes--sits in a broken down sofa chair. A mess of half-read political zines lay spread on a table in front of him. "People are always surprised," he says. "They come in here and they're like, 'I didn't know anarchists gave away free clothes and free food, I thought they bombed shit.' And we do! But we just bomb the people who don't want us giving out this free stuff."

Eli is working his volunteer shift at the Black Rose Book Collective. Born about three years ago from a community center that occupied the small house on N Mississippi, the Black Rose serves as a sort of omni-space for the local hippie-punks: part book and record store, part library, part meeting space, part music hall. The building's also home to a "Freecycle", a massive pile of free clothes and stuff.

"You get the homeless anarchist punks who appreciate the free clothes," mentions Eli. "But you also get the yuppies who are clearly just picking out the good stuff to go and sell over at The Red Light... I can usually guilt them into paying a few bucks."

Yuppies are a big issue for the Black Rose. The collective is at the heart of gentrifying North Portland--massive new housing projects can be seen just blocks away to the north and south--and the Black Rose's rent jumped to about $550 over the summer. That's not any easy price tag for a store that gives the appearance of never having actually sold anything.

For now, volunteers say the store is scraping by, bolstered by ongoing special events and music shows that raise some cash. But, personally, Eli is not sure how long they can keep it up. He worries about losing the building and what it represents: a place to share books, a place for lesser known bands to play, and place in the neighborhood for people to just come and hang out.

Eli says the volunteers have considered moving the store to cheaper ground, but they worry if they won't just start the same gentrification cycle there. "I don't want to shit-talk anyone who isn't here, but I'm not sure the people who founded this place knew their part in gentrification... I'm a young, poor white guy. I'm the first stage! If I wasn't here, the yuppies would be scared off."

For now, though, the Black Rose is continuing to do what it does. Churches and other people keep bringing in donations for the Freecycle. And the general hippie-punk community continues its tenuous relationship with neighbors new and old--especially the man who owns the empty lot next to their building.

"I tried to set up camp over there, once," mentions a patron. "He got pissed." KB 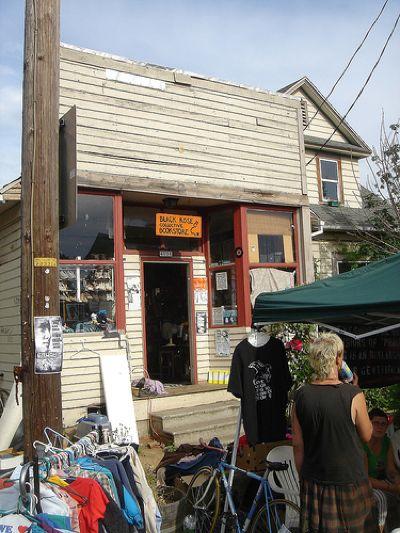 Multnomah County Could Reopen as Soon as June 12

Today's Coronavirus News: More Than 100,000 Americans Have Died Due to COVID-19