Giving Thanks for Clone-A-Willy

A few weeks ago at a party, we were all standing around in the kitchen, awkwardly introducing ourselves and talking about our jobs. Then a guy named Todd spoke up. "I'm a lab tech for Empire Labs," he said. "What's that?" I asked. "We sell kits that allow anyone to make a rubber mold of their genitalia." And from there the conversation took a whole new turn.

Turns out the hilarious penis-casting kit Clone-A-Willy is a locally made product! Be proud! Down in the SE industrial district, in the same building where it's rumored Wheaties were originally made, 15 people work in the Clone-A-Willy factory. I knew I had to take a tour. Todd happily obliged.

Todd's a funny guy. For four years he's worked customer service for Clone-A-Willy - it's his job to answer all the emails and phone calls from people who encounter problems in the process of making an exact rubber replica of their penis (read some of the more hilarious emails at the end of the post). Here he holds the **secret patented molding compounds** which the guy who founded the company developed as part of his chemistry PhD thesis. 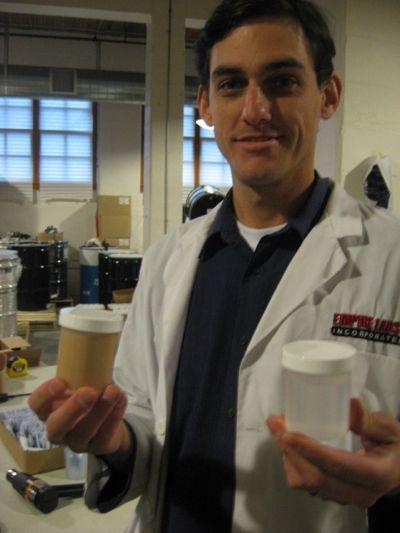 It's also Todd's job to frequently test the product. He hangs out in the warehouse, music blasting, taking elaborate molds of pretty much every part of his body. 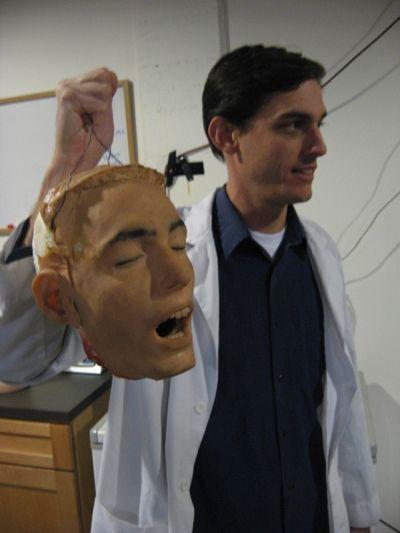 In his office is small a finger garden: 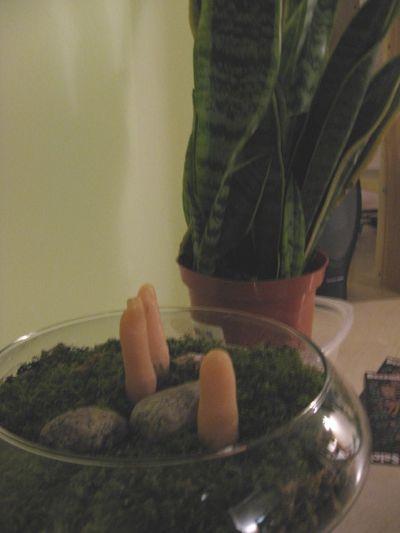 Just as you'd imagine, the Clone-A-Willy factory is lined to the ceiling with cardboard boxes full of oddly-named sex toys. 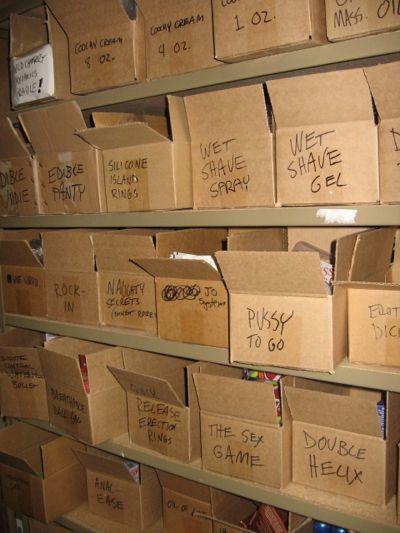 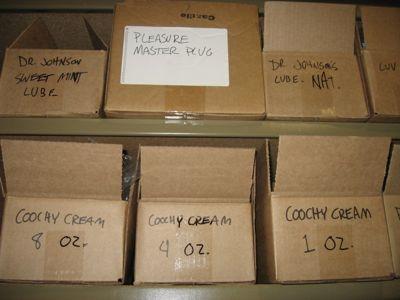 "Who buys all this stuff?!" I asked, admiring a product called "Dazzling Dolphin." Todd laughed. "We sell about 10,000 Clone-A-Willies a month," he said, "We are HUGE in Sweden." Their biggest buyers are all Scandinavian -- instead of being relegated to weird novelty sex stores, in Sweden Clone-A-Willies are sold from a Sears-style establishment. So that's how you keep local business robust during economic downturn.

Here in the U.S., they sell a lot to truckers and army guys, people who are away from their partners for a long time. And, of course, there's the odd bulk buys. "Last year, we sold a case of 24 to an ultimate frisbee team," says Todd. And, the dick featured in full lush color on their box is an actual frequent customer. 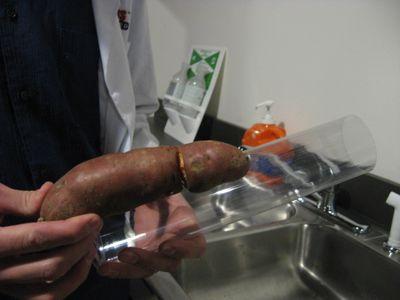 The directions are actually pretty simple. 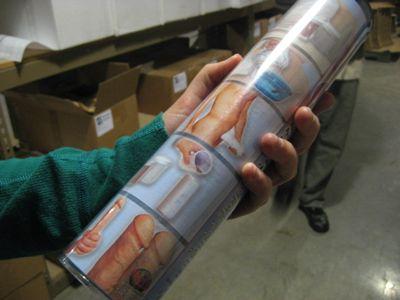 First, mix up the molding powder and insert your hard yam. "It's a good thing this yam is preshaved," says Todd, "Hair can get stuck. People complain about that." 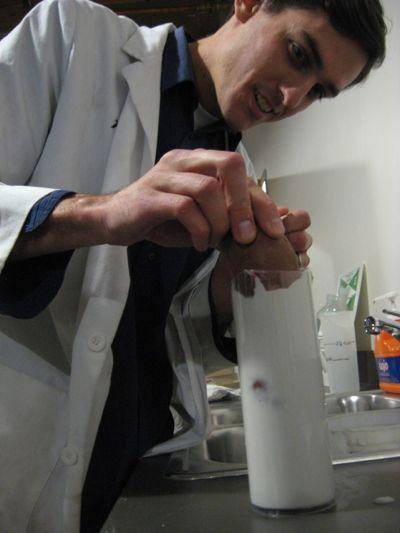 After a few minutes, the strange molding material will toughen up and you can pull out. 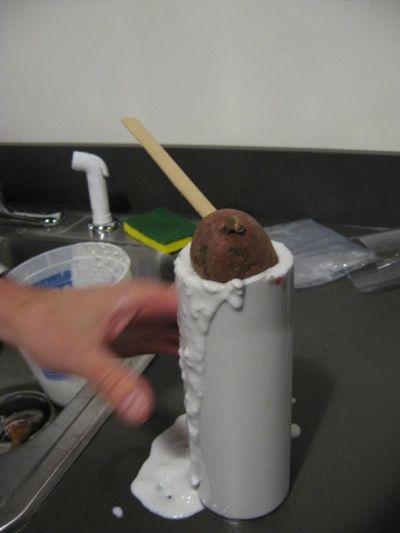 Then pour the fleshy plastic material into the negative mold. Clone-A-Willy also sells kits in glow in the dark, chocolate and "deep tone" (i.e. dark brown skin color). "Sales of the deep tone went way up during the election cycle," says Todd, "I don't know what that means." 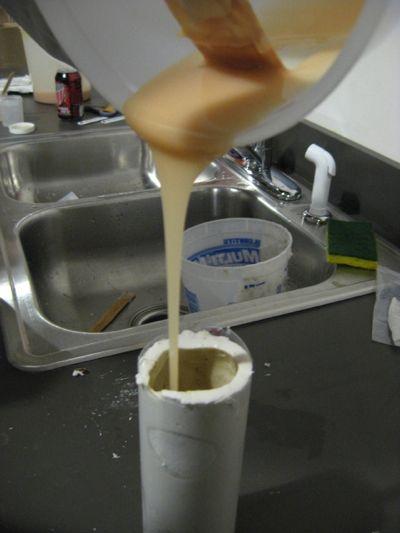 Twenty four hours later, Todd pulls out the replica. It's shiny and strange smelling. Can you identify the yam and clone in their natural habitat? 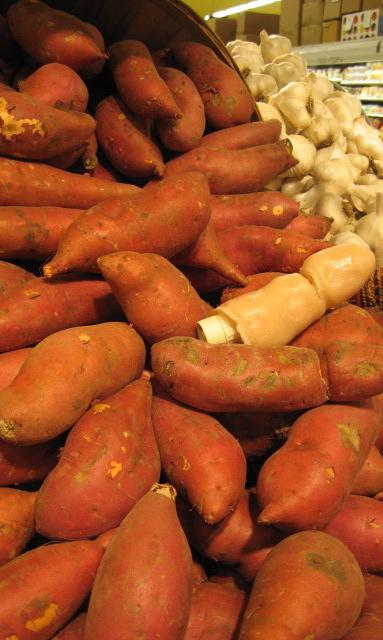 In conclusion, as promised, some of the more hilarious emails from the Clone-A-Willy customer service archives:

hallo, i have buy clone a willy in a shop in germany and than i have to do it and before i begin i read the entire directions completly. so my penis is very long and dick and molding tube was to short and to small and so the molding powder is run out. it was a very very big rotten state of affairs. and the liquid rubber and liquid skin was much too little. so i am very angry.

Could I make one that is red, white and blue to show my support for John McCain?

If I wanted to get the novice kit, make an original positive of my penis, pour in plaster as the new positive instead of the rubber, then use a clay like sculpey to add sinister teeth to the plaster positive, recast it in the included extra mold paste, would it be alright? Would the plaster react with the molding material?

Blogtown: Giving thanks for that sinister teeth are typically absent from penises.

If you want your own Clone-A-Willy, just wait till next week! You can bid on a whole package in our annual charity auction. That way, creating a rubber replica of your own junk can benefit the Portland Women's Crisis Line.

POP QUIZ PDX: It's Our Most SCANDALOUS Local Trivia Quiz Yet!