Good news for police oversight activists: The city of Portland has offered to re-train its police officers on the video-recording of officer interactions with the public, following a controversial incident in April when a citizen journalist had his camera confiscated by an officer and was issued with a citation. 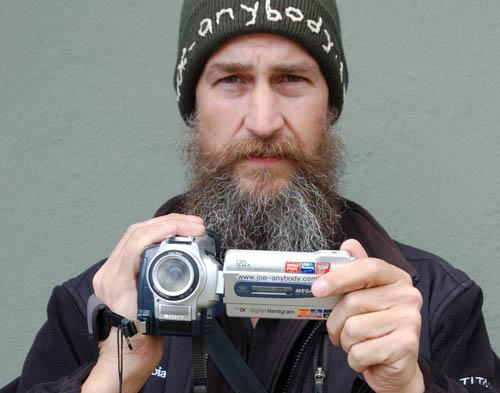 Tabor started videotaping Officer Dane Reister on Tuesday, March 25, at SW 10th and Main, after he saw Reister hurrying to catch up with two men in the street. Tabor had his camera seized by the cops and was cited under ORS.165.540, for "obtaining contents of communication (unlawful)."

Tabor's attorney, Benajmin Haile, argued at the time that it's very important that people have the right to monitor the police and that video is a powerful tool with which to do that. Haile thought the law was either being misapplied or that it's unconstitutional, according to the First Amendment right to free press and freedom of expression, and also, Article 1, Section 8 of the Oregon Bill of Rights.

"If a person observes the police doing something they want to tell other people about and they're prohibited from making video, then their ability to credibly communicate what they saw is stolen from them," Haile told the Mercury at the time. "It is very literally stolen from them when the police seize their camera."

Haile threatened to file a lawsuit against the city in September unless the bureau established a "clear policy against seizing video cameras and/or prosecuting people under ORS 165.540 solely because they record public police activity including stops and arrests." The issue also gained some exposure on OPB's Think Out Loud show, with Haile discussing the issue on air with Central Precinct Commander Mike Reese.

Now, the city attorney's office has offered to provide refresher training on the law to patrol officers during the upcoming in-service training cycle, and issue a training bulletin on various electronic recording scenarios. The Police Bureau has stopped short, however, of making a policy statement about seizure of video cameras, to avoid cluttering its policy documents with what Deputy City Attorney David Woboril describes as an "impenetrable morasses of detail" in a letter to Haile dated Tuesday, December 2. Instead, the bureau plans to provide its officers with the following flow chart: 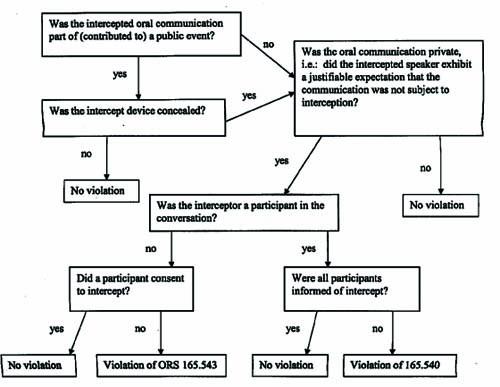 Talk about "impenetrable morasses of detail."

"Oregon law and the Portland Police Bureau recognize that recording has come to be expected in our public lives - a fact that even the microphone-shy must accept," Woboril's letter continues.

Haile says the city "is taking a huge step forward," and that he and Tabor are "very happy with this result."

"We are worried that this information could be forgotten with the passage of time and arrests for recording stops and arrests could start to happen again," Haile continues. "We will defer to the city's choice about the most effective way to convey training information to the police. However, there was a training bulletin on this subject issued in 1991 that seems to have been forgotten by about 2001. The plan for in-service training will help get the information out. But is there any plan to offer will trainings periodically in the future?"

Ironically, that 1991 bulletin was actually signed by former police chief and current mayor of Portland, Tom Potter. But time, as they say, is the great healer. Now...go forth with your cellphones and video cameras, and record the police! Just take a copy of the flowchart with you, in case you're unsure about the legality of your behavior.

TONIGHT! Watch the Hilarious I, Anonymous Show (for FREEEE)!

Takeout Club: Güero Has a Beautiful Outdoor Deck and a Generous Approach to Avocado