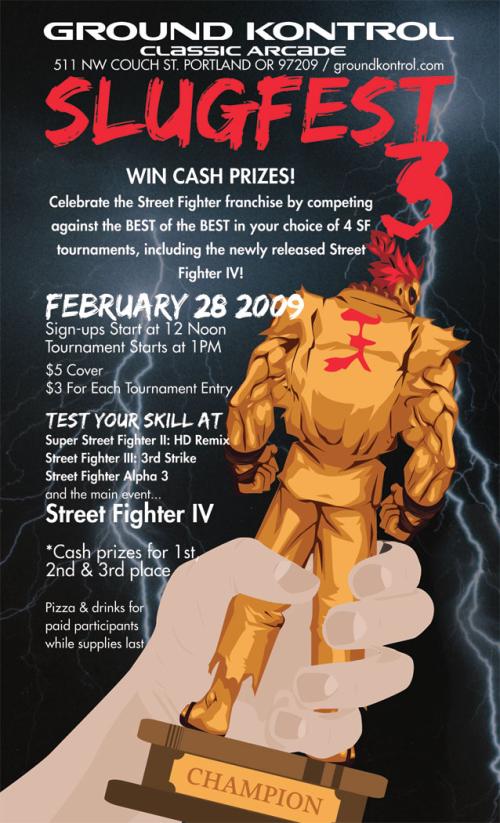 Friedrich Wilhelm Nietzsche once wrote "Some men are born posthumously." Admittedly, it sounds better in the original German — or, at least, more like an angry demand — but I think you see what I'm getting at here: Street Fighter is awesome.

Try to ignore the circuitous segue there, and instead focus on this Saturday's Slugfest 3 event. Seems Ground Kontrol is dedicating the latest entry in their semi-regular fighting tournament series to Capcom's Street Fighter games. Not only will the arcade be holding a tourney on the newly released Street Fighter IV, they've also got ladders for Alpha 3, HD Remix, and Street Fighter III: Third Strike.

Full details can be found on Ground Kontrol's website.

If you do attend, feel free to come up and introduce yourself. I'll be the guy in unnecessarily dark sunglasses and a T-shirt that reads "Mein Übermensch Is An Honor Student At Naumburg University."