Citing public outcry over the proposed destruction of Memorial Coliseum and the need for deeper planning and financial analysis, Mayor Sam Adams announced today at 4PM that Council won't vote on where to site the new AAA Beaver's baseball park this Wednesday as planned. Instead, they'll take up the controversial issue next week.

"Over the next nine days, we will do our due diligence and put in good quality time on how to accommodate a AAA ballpark in the Rose Quarter," says Adams. "I'm interested in pursuing another option that might have more public support. I'm invested in getting something that's a good idea, that pans out, and move it forward."

During this week, the mayor hopes to come up with a plan that doesn't tear down Memorial Coliseum, but does stick to the original timeline and budget for the new Beavers stadium. That most likely means fitting the Beavers stadium into the space between Memorial Coliseum and Broadway. "There are options for a AAA ballpark. Some of the most beloved ballparks in the U.S. are quirky." 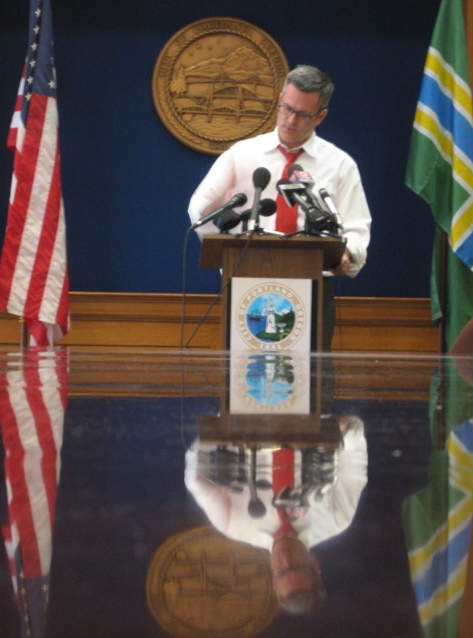 Portlanders greeted the plan to tear down Memorial Coliseum with hostility at a public meeting last Tuesday night. "Part of the 'aha!' moment in the intervening days has been the realization that we can have a cool park without removing the Memorial Coliseum," says Adams, who thinks Cordish Developers or the city can come up with a way to utilize the Coliseum as part of the Live! redevelopment project. The mayor added that he was happy to see the outcry from Portlanders over the Rose Quarter redevelopment plan. "The reason to go public with the charrette's very raw work was to get that kind of pushback, that kind of feedback. I like to get that kind of unbridled, unvarnished feedback." Last week's packed public meeting convinced him to "question the assumption that you need an absolutely perfectly sized ballpark."

It's not just preservationists who have called for Mayor Adams to slow down on the stadium/Rose Quarter process. Last week Matt and I talked to numerous urban planners and architects who say the Mayor's several large, swift development projects are making "Little Beirut" resemble Little Dubai. And today the Oregonian reported that planners working on a compressed timeline turned out financial calculations that don't add up. "Because we're moving fast, that kind of scrutiny is especially important," says Adams, referring to the stadiums as a stimulus project. "This is one of the few parts of the city where we can move this fast with planning decisions. I feel great urgency given what's happening to Portlanders in this recession."

Brian Libby, the Portland Architecture writer and Blogtown comment battler leading the charge to save Memorial Coliseum, had this victory air punch in response to the mayor's revised plans. 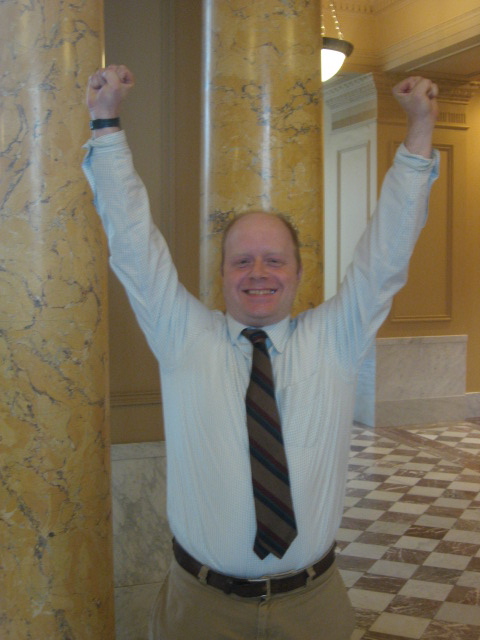 "I'm cautiously very happy," says Libby. "Assuming the Coliseum gets repurposed as the mayor said, that's great. If this is true, tomorrow night's rally will be a victory party."