This post co-written by Matt Davis.
Mayor Sam Adams’ office appears to have sat on an economic study showing that the construction of a Beavers ballpark in Lents would create a “net job loss” for the city. The news comes as Lents neighbors furiously debate whether to delay $42 million in local urban renewal projects to pay for the stadium.

A neighborhood meeting last Wednesday night, May 20, ended with many neighbors frustrated over lack of hard data about the economic impact of the proposed investment. But as it turns out, the city received a jobs study on the stadium two weeks ago.

Mayor Adams’ office asked consulting firm ECONorthwest on Monday, May 11, to figure out the number of jobs the Beavers stadium construction would create in Portland. The mayor gave ECONorthwest only one working day to turn around the study, but its results were not good news for the mayor’s office or the stadium plan: While the ballpark construction would create 453 jobs during construction, the $49 million total investment would actually create a net loss of 182 jobs citywide.

“If those individuals who put their money into baseball via taxes are allowed to put that money into the private market, that same amount of money would actually yield more jobs,” explains ECONorthwest number-cruncher Abe Farkas. The study also showed that 67 percent of the construction jobs would go to people who do not live in the City of Portland. 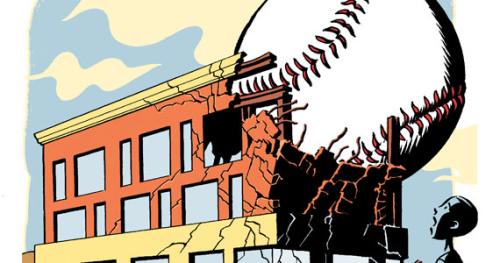 No one from the city mentioned the study results at neighborhood meetings about the stadium on May 12 or May 20. When one Lents resident at the May 20 meeting pressed for “concrete details,” Commissioner Randy Leonard deferred to Beavers representative Greg Peden, who responded that stadium construction would produce 300 union jobs over two years.

The Mercury eventually obtained the report from the PDC today. Since the study is public record, you can download it here as a convenient pdf.

Mayor Adams’ spokesman Roy Kaufmann says the mayor’s office did not release the numbers right away because conversations needed to happen within the mayor’s office.
“We don’t sit on anything because we don’t like the findings,” says Kaufmann. “Once the mayor’s office received the report we had to vet it and discuss its implications. But the report is based on some seriously faulty underlying assumptions.”

“The basic assumptions of this study are fine, given its context,” responds Farkas. “We were asked to look at one small slice—jobs—and there’s no way we could have taken into account all that other stuff given the one or two days we were given to complete the study.”

Meanwhile Leonard’s chief of staff, Ty Kovatch, told the Mercury his boss had not seen the report. After looking at a copy furnished by the Mercury, Kovatch responded: “It is not a very useful report for anyone... we need to get a different report.”

The mayor’s office said it decided not to move forward with a more comprehensive economic study of the baseball idea because that kind of analysis could take up to a month, delaying Major League Soccer deadlines.