Police and nonprofit Crime Stoppers of Oregon released a similar deck this morning, each card profiling an unsolved murder. On each card is the face of the person killed, making for a pretty grisly game of gin rummy. 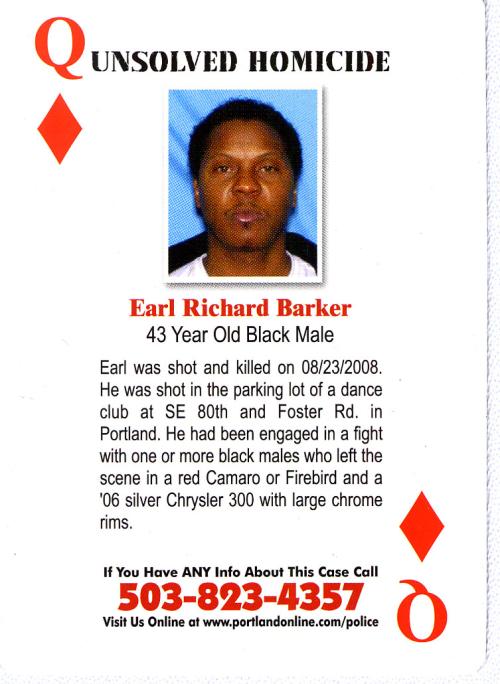 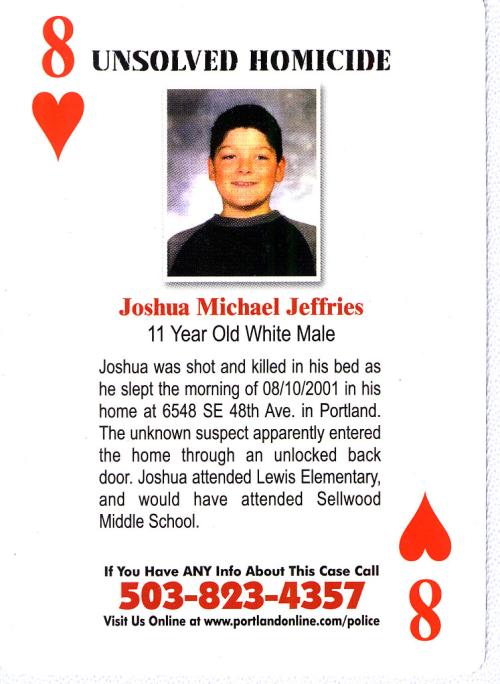 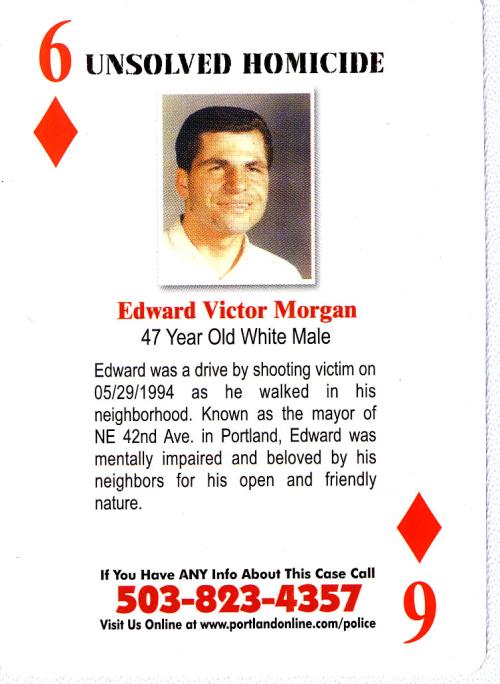 Also, instead of putting the cards into the hands of soldiers and law enforcement officers, the cards are replacing regular decks in jails in four counties at $1 a pop. “People who engage in criminal behavior brag about [it] to other inmates,” Sergeant Paul Weatheroy from the Portland Police Bureau's cold case unit explained. He hopes the cards with help inmates cough up clues in the 52 unsolved crimes.

“The Mayor of 42nd Avenue,” Edward Victor Morgan, who was murdered 15 years ago today, is the six of diamonds. Joshua Michael Jeffries, the youngest victim in Portland’s cold case file, is the eight of hearts. Earl Richard Barker, shot and killed less than a year ago, is the Queen of hearts.

Portland Prepares For An (Unwanted) Visit From the Proud Boys