Pedal Along to the Dandy Warhols! 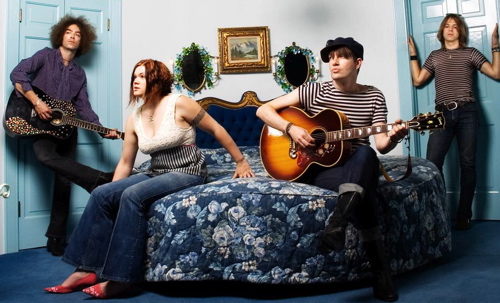 Today's Dandy Warhols bike ride is part of Pedalpalooza, and will tour some of the places in town most pertinent to their history—the site of their first show, where they recorded their albums, and more. Warhols music will be blasting the whole way, and the ride concludes with a trivia contest.

But what's most exciting, if you're a Dandies fan, is that band members Zia McCabe and Brent De Boer themselves will be joining today's ride! It starts at 6:15 pm at Ladd's Circle, 1600 SE Harrison. The ride is free, but it is recommended to bring some money for a drink when the ride stops at a bar or cafe.