The Portland Timbers played 4 matches in under 7 days starting last Thursday: two US Open Cup matches, on either side of a weekend tour of the USL1 deep South, to play the top 2 teams in the USL, the Carolina Railhawks and Charleston Battery. A 9 game streak without a loss was on the line, as well as the Timbers' opportunity to avenge last year's debacle in the US Open Cup.

I'll write up some comments about each game below the fold, but if you skip it, I want to get the major news out in front: the Portland Timbers will play the Minnesota Thunder tonight at 8pm at PGE park. 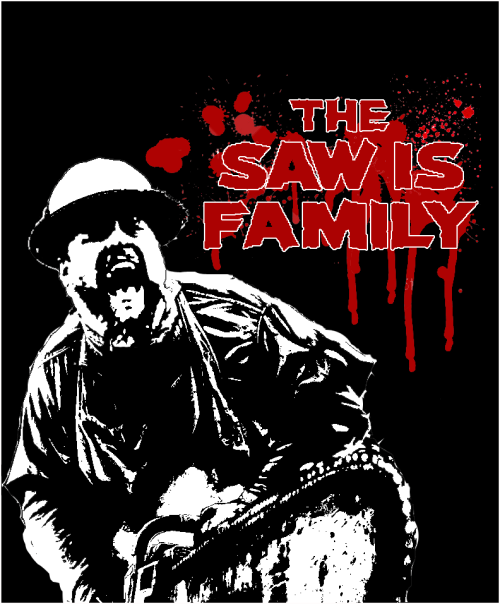 thanks to TA member 'heathenhooligan'.
If you can find him, he's got tshirts of this.

Oh, and I can't keep quiet! The Timbers will mangle their most hated rivals, the Seattle Sounders in round 3 of the US Open Cup, July 1st at PGE park. It will be epic, BE THERE.

The US Open Cup is on the Timbers' radar this year, unlike last year, when Gav the Gaffer allowed the scrubs to suffer the single worst performance I've ever witnessed against a glorified pub team. The US Open Cup has been around for a long time, and is truly open-any adult team can enter, amateur or professional. See Sean Levy's post for more history.

The Timbers first match in their USOC qualification this year pitted them against the Kitsap Pumas, a PDL team. Though the Pumas tried to talk a little shit in the media, the Timbers and the Timbers Army rolled out their A-teams for the trip North and shouted down and shot down the Pumas 3-0. The unbeaten streak was now 10.

The Timbers then headed to Cary NC, to play the 2nd place Carolina Railhawks on a practice field, for some reason I don't care to discover. All I will say is that I will be happy when MLS comes to town and this shit doesn't happen anymore. Something about no fans and a bad pitch and announcers telling the kids playing a pickup game on the next field to keep away doesn't scream PROFESSIONAL LEAGUE.
The Timbers had a firm grip on possession for most of the game, but the lethargy from both sides, from the Heat, the pitch and the lack of crowd that made this game feel like a lazy pick-up game, but with great defense. The Timbers failed to convert a couple of chances and the score ended 0-0. A point on the road! The unbeaten streak was then 11.

Two days later the tired Timbers faced the first place Charleston Battery. The day was hotter, the weather muggier and the game better attended (it was in an actual stadium). The Timbers gave up a goal midway through the first half but came charging out in the Second half and earned a late equalizer on a crashing header from Manjou Keita, the reward for 20+ minutes of solid pressure on the Charleston defense, who has clearly gotten over his fear of scoring I worried about early in the season. The game ended 1-1. Another Point on the Road! The unbeaten streak was then 12!

If that wasn't enough, the Timbers flew back to Portland for a few hours then headed to Sonoma County, to administer a beating on the Sonoma Country Sol, an amateur team just organized enough to have matching socks. Some of the bench got starts since most of our starters had registered 120+ minutes already in the week. Josten scored early and Keita tallied 2 in late going to seal a decisive victory over a team we should beat.

The win over the Sol stretches the unbeaten streak to 13 games and lines up an epic battle: Sounders vs. Portland. IN PORTLAND. Oh, hell yes, it's on!

Before the July 1st USOC match, which you should ALL go to, there are two league games, including one today, against bottom of the League Minnesota Thunder, at 8pm at PGE park, then on June 28th, against Montreal. I'm sure the boys are proud of their unbeaten streak and plan to defend it!

For a little more history on the USOC and the Cascadia rivalry: Seattle sucks, and Seattle sports teams definitely suck. Armed with more money and Californians than the FDA recommends, Seatllites have embraced a Drew Carey led soccer franchise that has, I admit, done very well to attract customers in their first season in the MLS. This after years dominating in the USL yet drawing paltry numbers of customers, and only a handful of people I might call fans.

Just to be clear, we like the fans of other clubs, for hte most part. Grudging respect, at the least. We even like Vancouver fans to the extent that they hate Seattle as much as we do, and everyone around the American soccer scene has banded together for ACES: Any Club Except Seattle. A united front against douchebaggery, if you will.

but that's it: They're customers, not fans, which means they suck. Add to that the wild rumors on Sounders message boards about Timbers Army vandalizing any car with Washington plates on Principle, and, well, their grasp of basic geography is about as bad as their understanding of how to properly support your club.

Mark your calenders, and comePARTICIPATE in the biggest soccer rivalry in North America. And don't forget there's a game tonight too!