PTFC2K9: A Whipping for the Ages

A week ago Friday, when most of Portland was, to their chagrin, pulling the wool sweaters back out of the closet, 8,000+ fans gathered at PGE Park to see the Might Portland Timbers face the lowly Minnesota Thunder. The Timbers had played four games in the 10 days leading up to the match, and the Thunder had managed to put some wins together after a lethargic start to the season.

At the start of every match, all things are square. It didn't stay that way for long.

I'll be honest, I didn't get to watch this game, I only listened to John Strong and Andy Mac's radio call. So here's the story in other people's pictures and words.
It started like this: 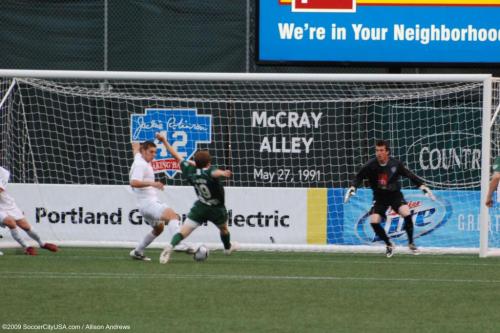 Josten scores in the 4th minute, photo credit: Allison Andrews
Which caused this: 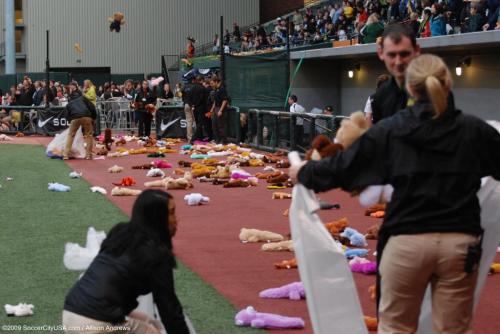 The hits just kept coming: up 1-0 after 5 minutes, Taka Suzuki (who hadn't scored in league play since early last season) knocked in a beauty in the 32nd minute. Minnesota scored on a brilliant free kick that caught Cronin the Barbarian cheating off his line (the only blemish on this game, to me).

After half time the Timbers showed no mercy—Hayes scored a PK after Keita was leveled in the box (and the offending Minnesotan being sent off). Keita scored in the 88th, and if that wasn't enough, well: 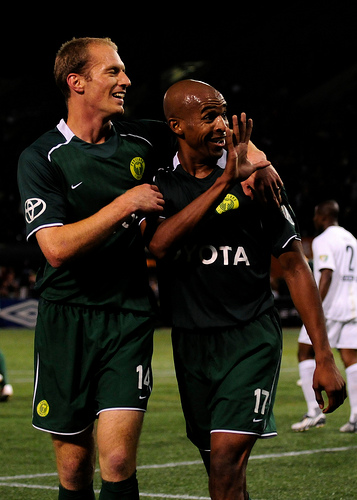 A solid performance leads the boy into their match TODAY, at 5pm at PGE PARK against the Montreal Impact.