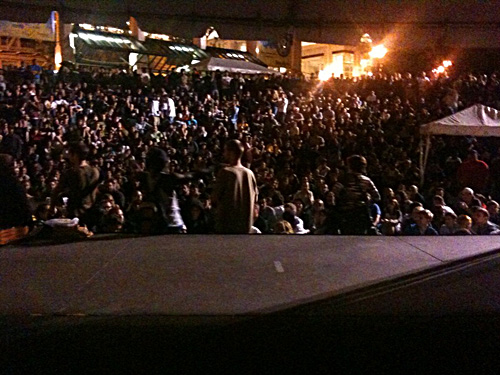 There where thousands of people crammed into Pioneer Courthouse Square and no Dave Chappelle anywhere. But there were definitely plenty of jackass fans, some traumatic underage boob flashing—seriously, I really didn't need to see that—and a bunch of suburban kids with not much else to do on a lazy Tuesday night. So, yeah, Twitter failed and it was all a hoax...

...that is, until Dave Chappelle (and the world's smallest amp) showed up.
We'll have more on this later. It's late.