Portland Police are using their Tasers almost twice 26 percent more against people with mental illness as they were in 2006 according to a new report. A use of force report released by the city in November 2006 showed only 26% of force used against people with mental illness was Taser use, but a new use of force released yesterday puts that statistic at 52%. 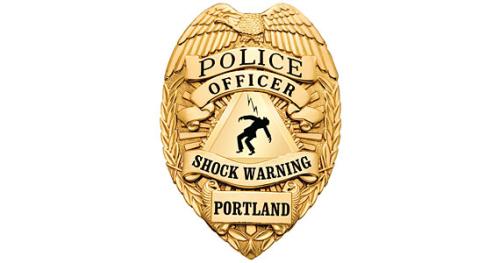 TASER USE: UP AGAINST PEOPLE SUFFERING WITH MENTAL ILLNESS...

"While officers appear to be using force on fewer mentally ill suspects overall," reads the report, "reported Taser use on this population is up...Additional analysis would be needed to evaluate the possible causes of data fluctuations in this area."

The report said understanding those fluctuations would be beyond its scope. You can download the whole thing here.

"Without raw numbers, it is hard to compare one-on-one," says Portland copwatch activist Dan Handelman. "But the report explicitly states that Taser use is up against those identified as having mental illness."

"Having a Taser pointed is a particularly traumatizing experience for someone with a mental illness," says Jason Renaud of the Mental Health Association of Portland. "The person may not be able to respond to a police officer appropriately."

The police bureau introduced new Crisis Intervention Training for its officers in dealing with people suffering from mental illness following the death in police custody of James Chasse, a man suffering from schizophrenia, in 2006. But while the bureau says it has now trained all its officers, mental health advocates are concerned that there is no way to measure the success of that training.

"There's concern that the CIT is not sufficient," says Renaud. "There's still no measurable evidence of the success of this program."

Numbers released last year also showed cops using a disproportionate amount of force against African Americans—a trend that continues in the latest report. You can read my article about Taser use here in Portland written last November by clicking here. 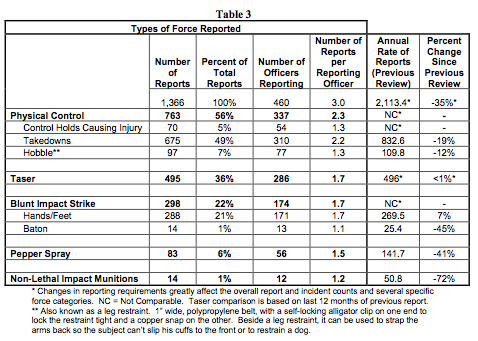 A police bureau spokesperson is yet to return a call for comment, but Police Chief Rosie Sizer is scheduled to present the report to the city's Citizen Review Committee this afternoon at 5:30, at city hall. Hopefully the chief will announce plans to probe this issue further.

"In July 2006 Officer Paul Ware who was then in charge of the police bureau's crisis intervention program came to a citizen forum and told the group that yeah, sure, we'll talk to them for thirty minutes but if they're not complying then we'll just Taser them," says Copwatch's Handelman. "I wonder if that's what's happening here. But it's also possible that officers are better trained to recognize mental illness and are reporting it more."

Handelman would like to see more research done into the reasons behind the increase.

Handelman is also extremely concerned about police apparently using the Taser as a compliance tool. Tasers were used 61 times against people who "failed to comply," and 18 times where no resistance was indicated on the use of force form.