Pitxi According to Chef Martinez 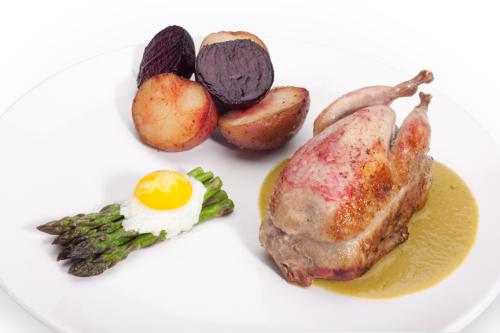 Pitxi has enthralled me for some time now. The little cult restaurant, which started its existence in a refurbished dive-bar way the hell out in Sandy, has finally made its way to North Portland (5225 N. Lombard) and is set to open Friday, April 9th.

The folks behind Pitxi seem to be equal parts quirky and ambitious. Those are qualities that could lead to eye rolling from the serious foodie types in town, but if Pitxi's whimsy is balanced with creativity and an interesting/deliscious menu, Portland may just have a new favorite.

Today I received an unexpected e-mail from Pitxi’s chef Edward Martinez that effectively amped-up my interest in what was already an interesting joint. Hit the jump for opening dinner plans which include references to 2012, Mars, medieval Islamic cuisine, the life cycle of the quail, classic Basque dishes, and music pairings.

I’ve mentioned my single outstanding brunch at Pitxi more than once on Blogtown, and while I understand that judging a restaurant on a single brunch is like judging a beauty pageant based solely on the talent portion, let’s just say that Pitxi really knew how to soft-shoe.

Thankfully, Martinez's e-mail filled me in on what we might expect at dinner—or, extending my ludicrous pageant metaphor ever more ludicrously, what I like to refer to as “the question and answer portion.”

“It’s hard for me to explain to people what we serve because it changes so much,” Martinez writes. “There isn't a set formula to what the dinner menu will look like.”

Martinez notes that he doesn’t usually repeat himself on the dinner menu but planned on opening with one of the last menus he prepared in Sandy.

First up, the bizarre looking rhubarb and almond delight: 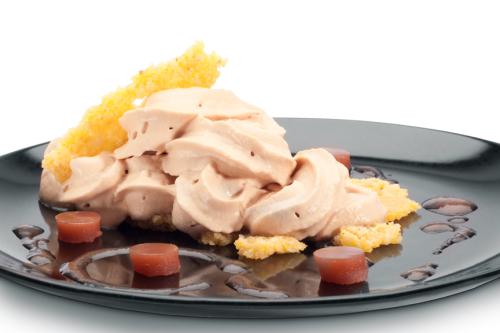 “This came through thinking about 2012 and aliens and paranoia,” Martinez explains of the collaborative dish. “We would joke and say that if on Mars, this would be served to us.”

Next, honey flatbread, a recipe that Martinez gleaned from a book on medieval Islamic cuisine.

Below, we have a lovely looking shrimp dish Martinez contends is meant to capture “the feeling of the first few summer winds.”

The following offer blew my mind. It sounds both strange and oddly appealing: Prunes in tea.

Martinez gets into it:

This was another recipe inspired by my old book but modernized. Prunes sound strange at first, and tough, but these soak in the tea for a couple of days and get extremely soft. We have our biscuit and cream to cut through the intense syrup. This is a recipe that I love because it surprises the crap out of me every time I eat it. I don’t normally like prunes (or tea) but done like this it’s like crack or something.

Finally, Martinez offers the quail [pictured at the top of the post]. Having spent much of his time during the Sandy days in a cabin at the base of Mt. Hood, Martinez says he spent a lot of time reflecting on the shortness of life. He saw it in the quails nesting in patches of wild asparagus that would be hunted as they sought food for newly hatched offspring. The story is all in the dish: the asparagus, the egg, the quail, the blood.

I’m not sure how many other chefs in town think like this about their food, but according to Martinez, “everything is possible” at Pitxi. Including, he hopes, courses synchronized to music that compliments the food. He had me at paranoia and aliens.