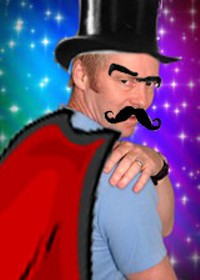 Check out some classes 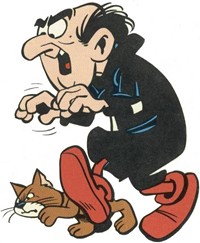 That "concrete divider" appears in the streetview to be a curb, with a little bit of sidewalk where people crossing mlk on foot can stop partway across. So it's possible that crossing is considered a crosswalk, in which case it seems reasonable that a bike would be allowed to cross there. A person on a bike is allowed to ride on a crosswalk if he or she does so at a safe speed. (I wouldn't do it in that spot, but it might just be legal.)

So with "asshole vs. asshole" you're equating a guy maybe being a scofflaw on a bike vs. a guy being a borderline murderer in a car. And murderer is no exaggeration; it's a short step between nudging someone on a bike with your fender, and just up and squishing them.

Of course, of all the ways to murder someone, with a car is the most consequence-free. But that asshole in the car might as well have been pointing a gun at the maybe-scofflaw on the bike; he held the other guy's life in his hands to that extent.

The stuff I mention above about the crosswalk I learned from a "bike lawyer." This one: http://www.bikesafetylaw.com/. It's useful to have lawyers who specialize in bike law, especially with the summer "WAR! ON! WHEEEEEELS!" season right around the corner.
anylandingisagoodlanding on June 14, 2010 at 10:34 PM · Report this
22
that car is already damaged, seems like this guy may not be much of a driver...
econoline on June 14, 2010 at 10:45 PM · Report this

23
I love traveling by bike when the weather doesn't suck. Last three days, I've ridden over 50 miles around town from my house in Arleta to Hillsdale to Downtown to Alberta to Sellwood to Parkrose. Literally all over.

Both of these incidents, the one on Hawthorne in the Oregonian and the one here, seem like they could have been avoided with a little more common sense on the part of the bikers. Trying to make illegal crossings (if that's really what happened) and chasing after cars is stupid. So is riding Hawthorne, especially uphill. 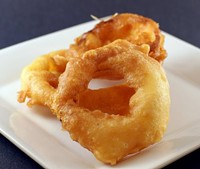 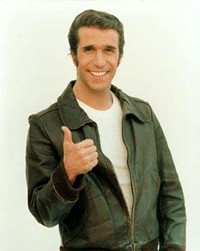 31
This really stinks, but at least that poor biker doesn't. Oh, and nice primer stains, Mr. Road Rage! I think it's probably being repossessed in outer, outer Gresham as we speak.
Brian Libby on June 15, 2010 at 10:15 AM · Report this 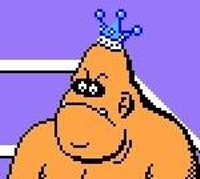 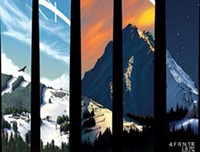 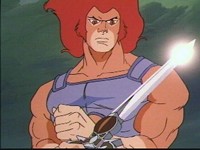 35
anylanding, I don't have any doubts that a "bike lawyer" is a real thing. 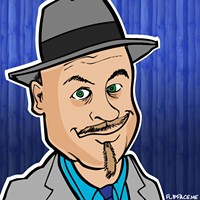 39
uh, neither the bicyclist nor the motorist could cross east to west, or west to east, for that matter, on ne san rafael across ne mlk/ore 99. there's a huge meridian, with plants in it even, going up the center of mlk. go look it up on google maps with street view. the bicyclist could maybe *walk* his bike across, but why the motorist would bump his back tire would be in question, plus are we to swallow that the motorist was that drunk from spraying axe body spray directly into his mouth that he'd drive the car over the meridian?!? that someone here in the comments allegedly ran the license plate in the photo and found it to belong to a portland mercury staffer (if they actually were able to do that and that is what they found), puts this whole story in question. unless facts are clarified, i call shenanigans on this whole story.
faddah on June 16, 2010 at 4:43 AM · Report this

Regardless of whether or not the biker was rude. The drive should have just drove on, not got and and assaulted (or allegedly defended himself) and destroyed another persons property. This guy is an asshole, plain and simple.

I would encourage people to go to the Google Maps of Broadway KIA and give them a low review for hiring a murderous bike killing maniac http://tiny.cc/r09z9
dothackit on June 17, 2010 at 4:04 PM · Report this
55
There are two sides to every story and not all the witnesses work at kia. This guy didnt murder anyone you are way over exaggerating! I cant believe you guys are trying to ruin this guys life over one side of the story. I understand having your friends back and thats cool but who are you to fight a battle that you werent involved with.
onlooker on June 17, 2010 at 4:58 PM · Report this
56
Right on onlooker! Let's all be a little more patient with each other. Obviously everyone got a little over reative in a difficult situation. Let's all have a big group hug and get over it!
CoolBlueWater on June 17, 2010 at 7:21 PM · Report this