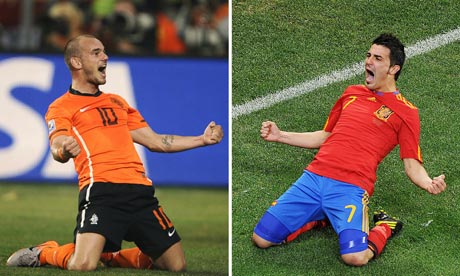 Soccer. Yes. There's a bit of it going on this weekend. Like a full on wall-to-wall ton of it going on this weekend. Like, My-Head-Is-Going-To-Explode amounts. Where to start? There's two—count them!—two Portland Timbers matches. One against Miami FC Blues and a friendly against Mexico's Club Atlas. There's Pelada, an excellent documentary on view at the Hollywood Theatre with a portion of Friday's ticket proceeds benefiting Mercy Corps. Oh, then there's the World Cup Final of Holland vs. Spain with its screening in Pioneer Square as well as on televisions all throughout this fair city.

We all know now that Portland cares about soccer (blatant friendly self-promotion link) so join me as I break it all down. 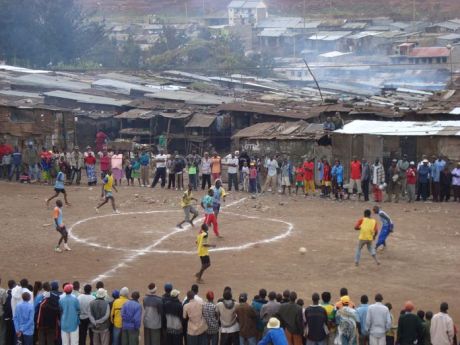 If you want to get a jump on all soccer things early, head out to the Hollywood Theater tonight to see Pelada, a stirring documentary about a couple of friends who travel the world looking for pick-up games of soccer. I really liked it. Word is filmmaker Gwendolyn Oxenham will be on hand to introduce at 7:00 p.m. tonight and, as mentioned, $.50 of every Friday ticket goes to Mercy Corps. If you miss tonight's, there's screenings throughout the week.

Moving on to Saturday, we have the Boogeyman's Germany taking on Dreamy Diego Forlan's Uruguay in the third place game at 11:30 a.m. Call it a World Cup Final appetizer, the game is on ABC. Uruguay kind of has the whole Still-Lucky-To-Be-Here vibe going on and while they'll be squirrelly, Germany is just way way too good. There are reports that Dreamy Diego Forlan is injured and may be out for the match but Luis "21st Century Hand of God" Suarez is back from suspension and should anchor the attack. Wunderkind Thomas Müller is back for the Germans and though the team is still smarting from their semifinal loss to Spain, I predict their speed, quality, and class to shine through. 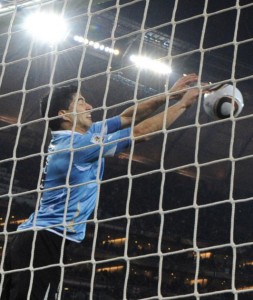 Then, on Saturday night at 7:00 p.m. at PGE Park, the Timbers continue their league campaign against Miami FC Blues. Portland has been on a tear of late with three consecutive shutouts in their three game unbeaten streak. Miami comes to town led by former MLS MVP and D.C. United striker Christian Gomez. They are tied for their NASL division lead in goals scored and given that the Timbers lead their USL division in least amount of goals allowed look for a great clash of offenses and defense.

Sunday is when things REALLY get serious:

With all the earlier talk about the dominance of South American teams in the tournament, we end up with two European sides fighting it out for the championship with neither having ever won soccer's ultimate prize before. Holland's Arjen Robben, Wesley Sneijder, and Robin Van Persie have been gelling excellently and they have a great villain in Mark Von Bommel who bashes and flops about with wild, comical abandon. And while the Orange are descendents in name to the great "total football" forebears of the 70's, it is Spain who has channeled that into their Tiki-taka precision brilliance. To really know more what I'm talking about, read Brian Phillips' excellent dissertation on Slate about how Spain plays more "Holland" than Holland. (By the way, if you haven't checked out Phillips' incredible and literary Run of Play, do. It is worth it.)

As for places to see it, there's plenty of places airing the ABC feed but perhaps the biggest venue in Portland is Pioneer Courthouse Square. In 2006, and estimated 10,000 people packed in there to witness Zidane's headbutt and Italy's victory and I have no doubt the Square will be lively with World Cup livery. Widmer is setting up a beer garden so you'll be able to quench your thirst on what looks to be a warm and sunny July day.

For a smaller venue that also brings with it a great cause, Beulahland is showing the game with a portion of their sales benefiting Soccer Without Borders—an organization that is funding soccer and learning opportunities for refugees in Uganda.

Oh yea, who will win? As much as I like Holland and their wickedly cool Orange kit and sexy Dutchy dress-wearing fans, I think Spain will win. And I'm way cool with that as Spain has eight players from FC Barçelona and as we all know, FC Barçelona RULZ. Besides, if you don't believe me, believe Paul The Psychic Octopus. 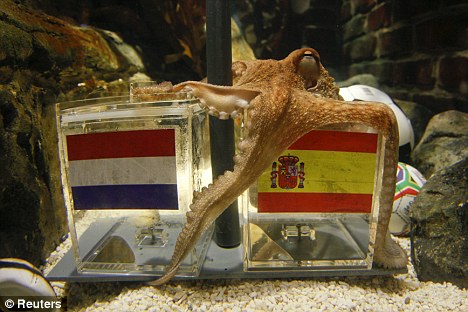 At this point, I know you're fixing for more more more and Portland will not disappoint you. Take a quick nap after the the World Cup Final and then head over to PGE Park to see the Timbers take on Mexican Primera Division side Club Deportivo Atlas at 6:00 p.m. Hailing from Portland's Mexican sister city Guadalajara, Club Atlas is one of the oldest teams in Mexico. In keeping with the benefit theme, a portion of this game's proceeds benefits the Jardin Portland Foundation and its construction of a sustainable and educational-based projects in Guadalajara. 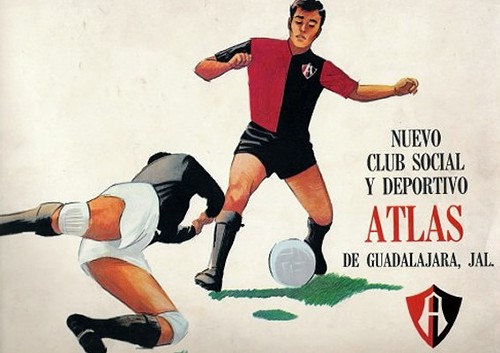 Atlas is chock full of some great young Mexican players like Edgar Pacheco. The Timbers—having played the night before—will probably use the game to rest some starters and give some reserves a chance to stretch their legs. Given Portland head coach Gavin Wilkinson's habit of constantly changing his lineup all season, a game like this is a great opportunity for lesser known players to make an impact. It'll be a fun one. Tickets start at $15 advance.

Then. When all this is done. Go home. Rest. A lot.