“This Is About Control, And In The End, Starvation.” -Glenn Beck

You’d think the Obama administration would have learned by now how difficult it is to wage two wars at once. Even with many of his resources tied up in wiping Christmas off the face of the earth, Barack Hussein Arugula Obama is now taking the fight to our nation’s other portly little cookie addicts. Fat kids. 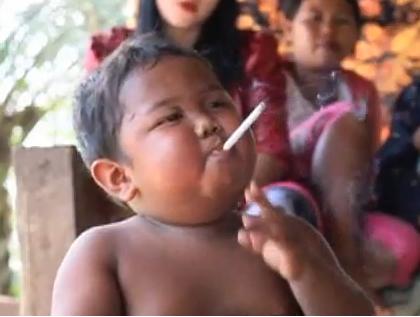 On Monday, Obama signed into law the sinister-sounding Healthy Hunger-Free Kids Act of 2010. Basically, it increases the federal reimbursement for free school lunches by about six cents a meal, and expands the benefits to after-school programs (presently, most schools just provide snacks). Still making the rounds through our current legislative clusterfuck is the Food Safety Bill, aimed at curbing the recent wave of salmonella and other food-born illness. While dems are trumpeting both bills as investments in long-term health care costs, Republicans are wary of intervening in in the profitable business of getting people to put shit in their bodies. Oregon, in particular, is in the trenches of this culture war. The success of the Oregon Trail Card has led to a federal pilot program aimed at providing low-income children in rural areas with healthy food during the summer. In more densely populated areas, food is often provided at schools and parks, but, according to USDA undersecretary Kevin Concannon, that kind of assistance isn't feasible in rural areas. The debit-card based program will begin next summer and involve 2500 families in Linn and Jefferson counties.

But fear not! As always, thank the Lord (as they certainly do), Sarah Palin and Glenn Beck have stepped up to defend our second-amendment right to type-2 diabetes. Palin calls the effort to ban junk food in public-school vending machines a product of "the nanny state run amok." Beck sees through the niceties and realizes that George Soros probably just wants to drive up beef prices to promote the wide-spread eating disorder known as vegetarianism. And while it's sad to think of pudgy little boys and girls forced to eat vegetables that they can't dip french fries in, the real victim here is, of course, the corporations. While McDonalds—though saddled with lawsuits and regulations on the homefront—can at least look forward to doubling its franchises in China, poor Coca-Cola has had to resort to Op-Eds in the Wall Street Journal to defend themselves from paying their fair share of the nations staggering health care costs. This is about freedom of choice, people! Eight-year-olds lacking the cognitive abilities to understand predatory marketing and without the organic-chemistry background to understand the result of increased insulin levels have the right to put their milk money in vending machines whose owners are paying huge contracts to budget-depleted schools in order to be allowed in their cafeterias!

Because the only thing sweeter that high-fructose corn syrup, friends, is Liberty.