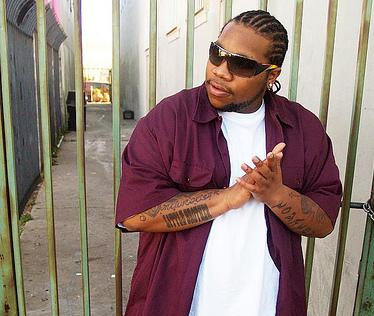 The Rapper Big Pooh is best known from his time spent behind the mic in the underappreciated hiphop trio Little Brother. Now on the solo circuit, Pooh is making the rounds with his whip smart and conscious rhymes—download his free The Purple Tape right here—and he'll be in town tomorrow night at the Crown Room.

But what you probably didn't know about Big Pooh is that the man loves him some hoops. A blogger for SLAM, Pooh (or Thomas Jones) covers the entire scope of the NBA and we'd be fools not to ask him some questions about our beloved Portland Trail Blazers. So here he is, Big Pooh talking about Greg Oden, former GM Kevin Pritchard, and why the Blazers should trade Andre Miller and Marcus Camby.

The Portland Trailblazers were once a promising young team seemingly on the fast track to postseason success and eventual hopes of a NBA Championship, but all of that hope and potential looks to have reached a mighty short ceiling. I applaud Paul Allen for reshuffling the organization and phasing out the "Jail Blazers" era but now they are at another crossroads. I believe getting rid of Kevin Pritchard was and will continue to be a huge mistake being he is the man part responsible for assembling the current roster. Being on the outside I am not totally aware of all, if any, of the eternal strife but I believe he was a top notch personal man. It is my belief the rift between Pritchard and Allen may have started during the 2007 draft which leads us to, Greg Oden.

While I am not quite ready to give Greg Oden the title of "bust" I have always questioned picking him ahead of Kevin Durant. I know the conventional wisdom is big man over wing player but we all thought the Blazers learned that it's okay to break conventional wisdom every once in a while back in '84. I can understand if the Blazers are wishing to see Oden for a full season before they make a bigger investment in him, but at this point that is going to take a long term commitment which I don't believe they are in a position to make.

With the current state of the team and Brandon Roy's uncertain return I believe the Blazers are in a position to easily get back on the path of success. Getting Wesley Matthews was an obvious step in the right direction for the new GM and they can continue by trading away veterans Marcus Camby and Andre Miller now. Miller never meshed with Brandon Roy, your franchise player, so he should have never made it to season number two in Portland. The key is to build around your star player, not bring in talent that will clash with him, and that is exactly what happened with Miller. Camby is a victim of circumstance. At the start of the season the Blazers believed they had the makings of squad that would make some noise but Oden got hurt for the season again, Roy has been in and now indefinitely out of the lineup, and Rudy Fernandez is probably still upset he is a Blazer. Ship Camby off to a contender in need of a big or someone willing to send back either more complementary talent for Roy once he regains health or for picks and/or prospects. There is a rumored deal on the table that would send Miller and Camby (or Pryzbilla) to Charlotte for Gerald Wallace and DJ Augustin. I like Gerald Wallace in Portland with the Aldridge—and eventually Roy—and believe Augustin would just be thrown in to replace the point guard they are losing in Miller. Brandon Roy needs a point guard that is willing and knows how to play off the ball to share the backcourt with.

I don't believe the Blazers are in panic mode and need to blow the whole team up and start from the beginning, but they definitely need to regroup and get back on track. They have plenty pieces that are either going to be regular contributors or trade bait to bring in what they need to return to a team nobody wanted to play. A few changes here and there will go a long way with this team which already possess plenty of talent. Time to start looking to next year, or the next regular season pending labor agreement.