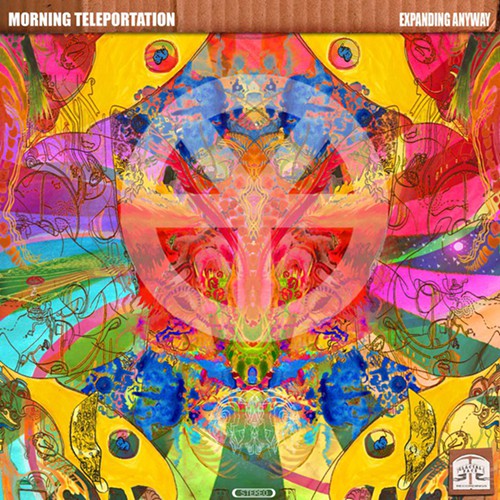 We interrupt End Hits' continuous stream of Ween posts to bring you news that Morning Teleportation has their debut album, Expanding Anyway, prepped and readied for a March 8 release on Glacial Pace Recordings, the imprint of Modest Mouse's Isaac Brock. One look at the cover above should tell you plenty about what the record's gonna sound like. Far out, man! It's, like, an inverted peace symbol... wait, isn't that a sign of the devil?

Whatever, bro. The album was produced by Brock and Clay Jones, and has been described as "finger-trippin'." It's the work of a buoyantly energetic band cramming as many ideas as possible into a single song, resulting in an exhilarating, deeply melodic collection. Kicking off a nationwide tour that takes them to SXSW and beyond, Morning Teleportation plays a hometown show on March 10 at Doug Fir. Listen to some new tracks from Expanding Anyway, including the dizzying title track, over on Morning Teleportation's Facebook page.

End Hits: And now back to your regularly scheduled barrage of Ween posts.