Drunk Driver in Kipp Crawford Case Gets 60 Days in Jail

On the first floor of Multnomah County courthouse this afternoon at 1:30pm, a wedding party poured out of the elevator, laughing and holding flowers. Five stories up, in room 526, two other families were going through one of the hardest days of their lives. The room was completely silent as the somber group waited for the final day in a court case that's lasted 15 months: The prosecution of the drunk drivers who ran over and killed 31-year-old Kipp Crawford. 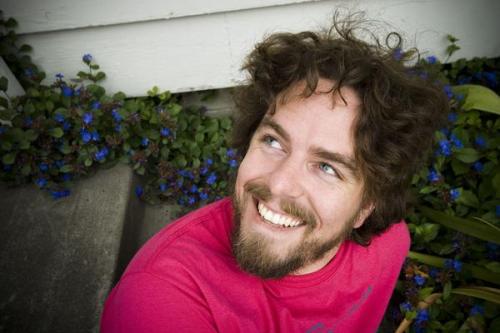 The case highlights the tragedy of drunk driving, with Crawford's family calling for stiffer penalties for intoxicated drivers. On the other hand, the family of defendant Carlos Tyrone McCall spoke on his behalf today in court, asking that McCall not be put in jail for his mistake.

A well-known and well-liked local drummer, Crawford was biking home from a gig in North Portland on November 4th, 2009, when police suspect he was assaulted, robbed, and left lying in the middle of N. WIllamette Blvd. As Crawford lay there, two cars following close behind one another ran him over. It's not clear whether Crawford would have died from the injuries of his assault, but he was alive when an ambulance arrived—his bike lights were even still flashing.

Both drivers were intoxicated. Last November, the first driver, Felisa Washington, plead guilty and was sentenced to 15 days in jail, probation for three years, a $1000 fine, and alcohol treatment. McCall fought the charge but was convicted this week of driving under the influence of alcohol, marijuana, and Vicodin.

I spoke with Crawford's mother, Jean, this afternoon about her thoughts on the sentencing. "I wish our society took it more seriously, people driving impaired, whether they're inebriated or on drugs or talking on their phone or whatever," said Jean. "The DUI laws, you can have multiple incidents before there's a kind of punishment hat really gets your attention. When we as a society sort of slack off and say you don't need to do that, this is what we get."

This afternoon at the sentencing, Jean faced McCall and begged him to never allow himself or a friend to drive drunk again. "I want him to never get in a car without thinking of his responsibility to control the lethal object his is directing," she said.

For his part, McCall apologized sincerely to the family, but denies that he was on marijuana or Vicodin. "I made a mistake. I was in the wrong place at the wrong time," McCall told the court. "But I did what I could to help. I stopped, I called 911." The mother of two of McCall's children, Tequecia Wagner, wrote a statement to the court pleading that he not be sentenced to jail time for the sake of his kids.

In the end, Judge Bushong sentenced McCall to 60 days in jail, $1,000 fine, three years of probation, one year of a suspended license, and treatment. "I see drivers in my courtroom who are convicted of this crime frequently and I warn them how tragic it can be. Cases like this hit home," said the judge.

Despite today's sentencing, this case is far from closed for Crawford's family. Police are still offering a reward for information that can lead to finding whoever assaulted Crawford and left him in the road that night.

For now, here is a song written by a friend of Crawford's in his memory.

Good Morning, News: Athletes Call Out UO Track Program, a Formaldehyde Fine in Portland, and Too Many Americans Still Aren't Sure About Climate Change