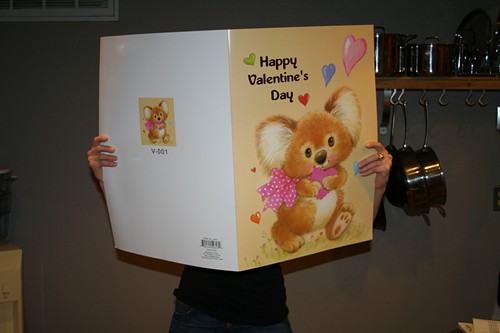 Hey, Blogtown! I'm Lorna Perry, the Mercury's newest-of-new news intern. Hi! As I get to know Portland better, you'll see my name a lot 'round these parts.

But, in the meantime:

It’s Valentine’s Day! A day when large amounts of chocolate get consumed, and roses get sniffed. Restaurants run out of two-tops, and Hallmark meets quotas. And it's also The End. For six solid weeks now, we as consumers have been besieged with lots and lots of Valentine’s Day-themed stuff for sale. Things like stuffed animals, and things that are red, and heart-shaped things, and stuffed animals holding red hearts, and K-Mart diamond commercials.

So it was with heart-shaped visions in mind that I set about Portland looking for the best Valentine’s Day booty I could find. And De Beer’s be damned, I really managed to score.

xoxox And by score, I mean three pounds of chocolate luv. xoxox

Before I get to the chocolate, let me tell you more about my fantastic greeting card.

This gem wishes me a "Happy Valentine’s Day" and features a strolling koala bear that's surrounded by pastel-colored hearts and is hugging a humongous candy heart to its chest. The inscription on the inside tells me that lots of love and a great big hug are being sent my way. I sign, hug, and send.

I thought the card was tits, only to be rivaled by this: 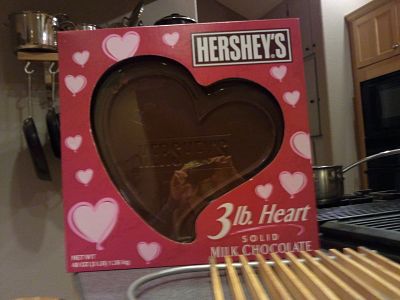 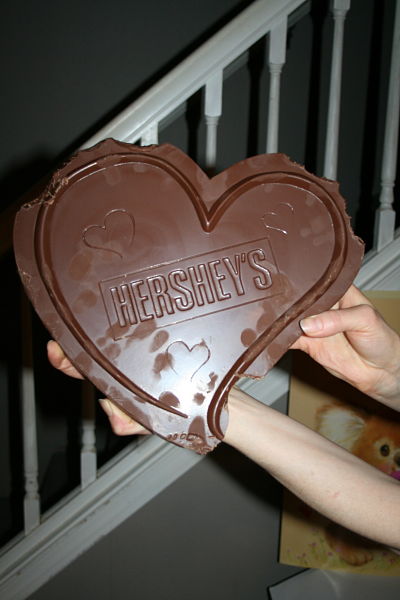 My dog, however, is unfazed and manages to get a few open-mouthed swipes at it before I give up. 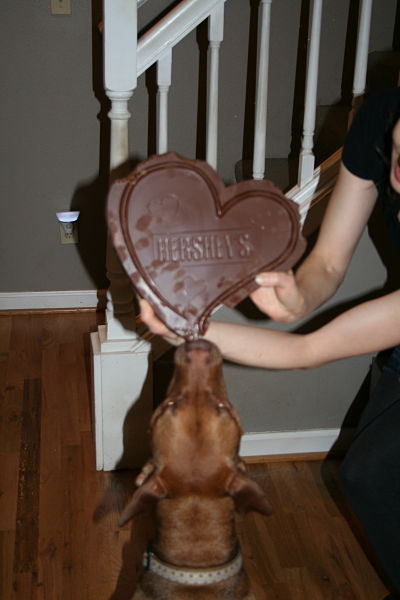 Final outcome: Heart is totally inedible. Disgusting, disfigured three-pound chocolate heart is now stored in garage, to be used as a lawn stepping-stone come spring. The card is a real keeper though, and resides safely on the mantel.