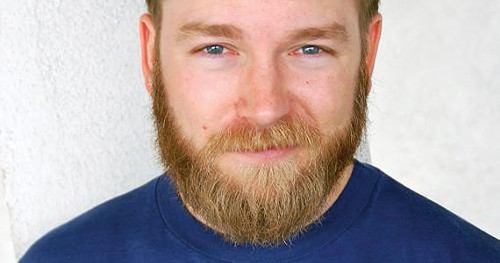 If you've attended Bridgetown in the last four years, you've likely been introduced to Kyle Kinane, a salty, blue-collar comic whose gotten exponentially better in his four appearances. This year he straight killed—the toast of the festival.

This week Kinane returns to Grumptown for his first run of headlining shows at Helium. If you've seen him, you know—dude is fucking phenomenal. Mixing a self-loathing, drunken everyman with occasional flights of surreal fancy, Kinane's got something for everyone—even Wall St. types, though they might laugh at, instead of with, him. If you're skeptical of stand up, this is the sort of show that could flip you.

For a taste of his material and some background, check out Kinane's appearance on The Sound Of Young America below. For a bit more background and his come-up over the last few years, check my short profile in this week's print edition.

LISTEN:
Kyle Kinane on the Sound of Young America

Tickets and showtimes available on Helium's website. Rather than their usual run, Kinane plays Wednesday through Friday.

Good Morning, News: Biden & Harris Sworn In, Senate Flips Blue, and Trump Can Go to Hell for All I Care