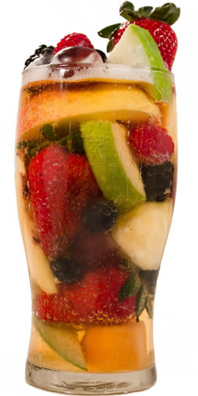 Maybe you've seen Michelle Obama's (probably fascist...I haven't listened to much talk radio this week) plate-shaped replacement for the food pyramid, and maybe you're worried that you aren't getting enough fruit to fill up that red wedge. A good place to start is this weekend's first annual Portland Fruit Beer Festival. Burnside Brewing has partnered with 15 other craft brewers to convince you that fruit beer doesn't have to taste like Blue Moon. A lot of the breweries created one-off concoctions specifically for this event...if I sample every beer I'm interested in sampling, I'm going to be sloppier than I was at last night's blogtown meet-up.