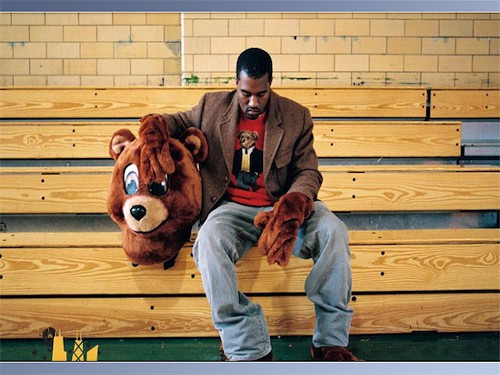 Back when My Beautiful Dark Twisted Fantasy was a mere twinkle in Kanye West's eye—that is, if you could see through the slats of his Alain Mikli sunglasses—the song "Mama's Boyfriend" started making the rounds. There never seemed to be a proper studio version of the track, but West's breathless live performance made it seem like it was destined to be his next big single. Turns out, "Mama's Boyfriend" didn't even make the cut as a bonus track on Twisted Fantasy. Then again, perhaps the last thing that record needed was an oedipal jam about Baby Kanye battling his momma's suitors.

A studio version of "Mama's Boyfriend" mysteriously surfaced yesterday and while it harkens back to West's earliest recordings (most specifically, 2004's The College Dropout), it doesn't quite live up to his intense live version.