Can You Headbutt Your Way Out a Sheriff's Car?

One man tries to find out! 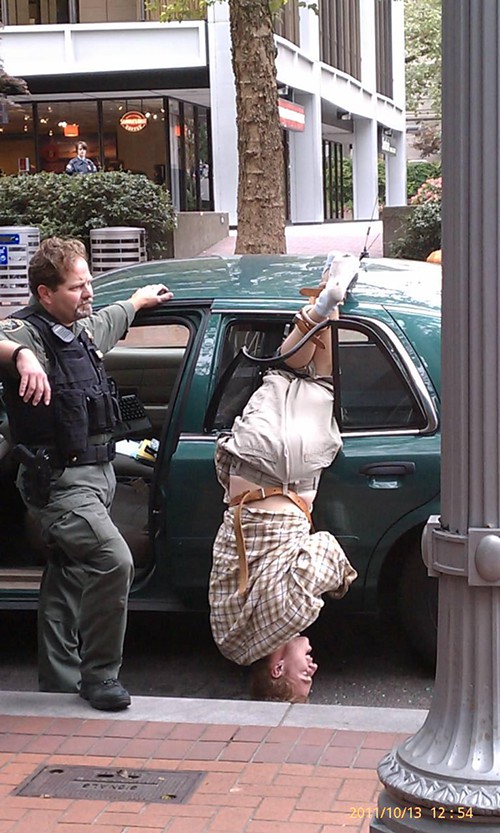 Reader Paul Cone sent us some similar photos yesterday of the man lying on the sidewalk of the transit mall, surrounded by sheriff's deputies. "I heard someone say guy busted out the window with his head and ran, then they caught him. He was rambling on about sin," writes Cone.

Multnomah County Sheriff's spokesman Lt. Steve Alexander explains that this was a civil commitment case—meaning the guy was acting mentally ill and someone requested he be taken to the hospital. "Several deputies were trying to take him to the hospital. In the process of trying to get him secured, he headbutted one of the deputies," says Lt. Alexander. The deputies got him into the vehicle and handcuffed him, but then as they were driving off, he kicked out the window of the patrol car and tried to jump out. Portland police were called to help out, but he fought them as well, according to Alexander. Eventually, the deputies called an ambulance, managed to handcuff the guy to a gurney, sedated him, and took him to a hospital.

The Pacific Northwest and the Origin of Dune