5:30 PM— UPDATED with comments from Top Flyte owner Timo Porotesano, below the cut!

A company that hires out bouncers to nightclubs around Portland is in hot legal water. A legal complaint filed yesterday against the Top Flyte Security and Dirty Nightclub for causing injury to a patron is already the second suit filed against the company this year. On top of that, another lawsuit calling out the company's bouncers for excessive force at Dirty is pending, with the lawyer saying he's likely to file a complaint within a month. 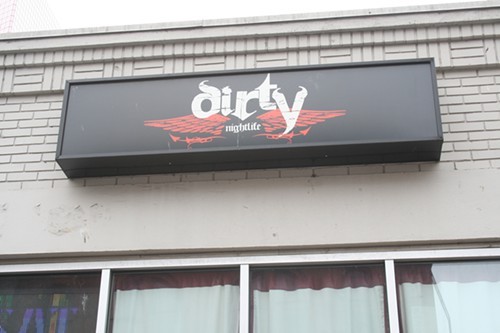 And in May, the family of 22-year-old Michael Ellis filed a $2.5 million suit against Top Flyte and Club 915 for kicking out the young man on the coldest night of the year and not allowing him back in to get his coat. Ellis died of hypothermia in Waterfront Park that night. Top Flyte also employed the bouncer, Ruben Mata, who was shot and killed at Club 915 a month after Ellis's death.

This week, attorney Lake Perriguey issued a complaint against Top Flyte and Dirty, seeking $530,000 for medical expenses and pain and suffering caused by an incident with a security staffer at the popular club.

Nike computer engineer Tushar Singh says he and three friends went to Dirty on the night of August 14. He had only three drinks over the course of the night and at 2 AM, he walked behind a security guard standing near the bar.

"I pass him and he grabs me from behind and then pushes me down onto the floor," Singh said this morning. As the pair fell, Singh's head struck a dancing platform and his forehead split open. Blood spilled all over the floor and the guard pulled Singh into a small room Dirty uses to isolate drunk and unruly patrons.

"He was dragging me inside this room, I was scared he might assault me," says Singh. Instead, some other Dirty staffers bandaged him up. Singh left the bar, found his friends, and they took him to the hospital where he would up needing 30 stitches.

While the lawsuit notes that Singh was wearing a turban at the time, Perriguey told the Mercury on Wednesday morning that the case does not allege the incident was influenced by ethnicity.

Here's a video of the incident from Dirty's security cameras. Check it out:

Dirty owner Chris Lenahan, who has run several clubs downtown for four years, sees the video tell a different story of the incident. He says the guard thought he saw Singh comes out of the women's bathroom (Singh—who was in the club for his first time, says he has no idea where the women's bathroom is) and seemed drunk. Singh trips slightly in the video, which Lenahan says was a "drunken stumble."

"My security guard turns around to assist the guy [Singh], the guy tries to struggle and take off, the guard holds onto him and then the guy pulls him down to the floor," Lenahan said Wednesday. "This is completely this guy's fault, this is ridiculous." (Willamette Week wrote about Singh's suit yesterday, but could not get in contact with Lenahan or Singh.)

A second guard-related lawsuit, from the law office of Adam Greenman, is slated to be filed against Dirty within the next six weeks. Greenman says his three clients were walking past the club July 30 when a pair of bouncers mistook them for some men suspected of robbing Dirty of liquor bottles.

"The bouncers set upon them," says Greenman. "My clients are three Afghanistan war veterans, they're not little old ladies in wheelchairs. They were thrown to the ground and beaten. One was taken to the hospital that night. All three are now receiving medical treatment." The men were all booked on suspected robbery charges based on the bouncers' accounts and held in jail overnight, says Greenman, but the charges were dropped the next morning.

While the bouncers were from Top Flyte, Greenman's suit will pursue charges against Dirty, not the security company. "The club is responsible because they hired the guys," says Greeman.

Lenahan says Dirty does not contract out security to Top Flyte, instead hiring each guard individually. With 1,200 people coming through Dirty's doors on a busy Saturday night, says Lenahan, confrontations are inevitable: "We're always trying to watch out for you. I'm like a giant babysitter, we're one of the only bars with a drunk tank."

Security employees at Dirty are allowed to use force to defend themselves on a "case by case basis," says Lenahan. "We have a no-strike policy, you're instantly fired. The only time that doesn't apply is when a guard is being assaulted. If you take a punch at us, we absolutely have the to protect ourselves. They can defend themselves with equal force."

5:30 PM— Porotesano stopped by the office this afternoon to discuss the lawsuits. First all of, he clarified, Top Flyte is no longer a functioning business—the bouncers who work at the various downtown clubs are independently employed individuals who are all friends. "It's a group of guys, it's like a gang of bouncers who work a bunch of places downtown," says Porotesano, who manages the guys as security for Dirty, Candy, the Barrel Room, and other locations.

"People perceive us as these overly aggressive guys, but if we beat up all these people, who would come to the clubs? We want customers to come to a safe environment," says Porotesano. "We really do try our best to stay out of physical confrontation. They call us the Gentle Teddy Bears."

In reference to the Greenman lawsuit, Porotesano says he was patrolling Dirty that night and was one of the bouncers involved in the tussle with the three plaintiffs. "We didn't beat nobody up. We just held them down. No punches were thrown," he says.