2
She's ruggedly handsome.
TSW on February 21, 2012 at 10:49 AM · Report this
3
The more Rick Santorum or one of his surrogates speaks, the more it becomes obvious to me that Dan Savage's definition of "santorum" is an insult to frothy mixtures of lube and fecal matter everywhere.
dimitrir on February 21, 2012 at 11:16 AM · Report this
4
Dear Mr Santorum,

I believe you are a bit mistaken as to the meaning of the word theology and how it relates to climate science.

You see Theology is used to create a system of "logic" around a set of beliefs that were established in antiquity and are continued to be followed to this day, despite sometimes them being proved Illegal, racist, sexist, or just plain dumb and/or anti-social. Theology seeks to keep its followers on the path by urging them to have "faith" that the system's logic is sound, despite any misgivings they may have, due to the complete lack of evidence. Adherence to the path is usually enforced today through shaming and guilt instead of the torture, war and extortion used in the past (although these are still used widely out side our fine country).

Now the system of logic used to "do" science is just known as "Science". It is based on observing a phenomena, gathering data on said phenomena, analyzing the data and forming a conclusion based on what you learned from the trends in the data. All of this then has to be able to be reproduced again and again to be established in general knowledge as "probably what is going on". It all has very little to do with "faith" unlike theology.

See the difference now?
mole harvey on February 21, 2012 at 11:31 AM · Report this
5
What has been said cannot be unsaid. So while the retracted statements circulate among their crazy adherents, the quotes will be back in the Fall, showing everyday Americans our caliber of politicians. (Some really sad ones in Congress too) Really would you want some of these candidates negotiating with the president of China? They are an embarrassment. 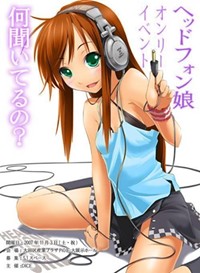 6
The really important quote here is in fact her bit about "global warmists" as if Climate Change was some sort of crazy religious doctrine of its own. The "slip" she had labeling the President as an islamist is nothing new.
Nat_a_nat on February 21, 2012 at 4:01 PM · Report this