GOOD MORNING, BLOGTOWN! Got your weave done right, it's on so tight, now it's on tonight, yeah, yeah! LET'S GO TO PRESS.

A huge riot breaks out between employees at at Foxconn plant in China (which helps make that iPhone you're holding) causing it to temporarily shut down. Strangely, Siri has no comment.

Oh, wait... Siri is ready to comment now: "Hello, Steve! Apple sold 5 million new iPhones in its first weekend. Yay, us! Now... what were you saying about China?"

The president of Iran slams the anti-Islamic film that led to the death of an American ambassador, aaaaaand also adds that he hates homosexuals. Because he can't go a day without doing so. I think we know your position, pal!

Big winners at the Emmys last night were Modern Family, Homeland, and Louis C.K., if you care, and I know you don't.

With the presidential debates a week away—watch them with the Mercury at the Back Stage Bar!!!—Mittens Romney is desperately practicing the only word that can help him win: ECONOMY, ECONOMY, ECONOMY.

Seattle cops kill an armed man who used his "medic alert" button to call 9-1-1 because he thought he heard a prowler.

A hostage taker in Pittsburgh was ignoring negotiators because he was too busy updating his Facebook page. Oh, life. You're so funny.

Oh, and by the way, Kanye West doesn't have a sex tape... he has TWO sex tapes!

Now here's what's going on in your neck of the woods: Possibility of drizzle today and tomorrow, but otherwise mostly sunny with highs in the mid-70s all week.

And finally, you know you're old when... 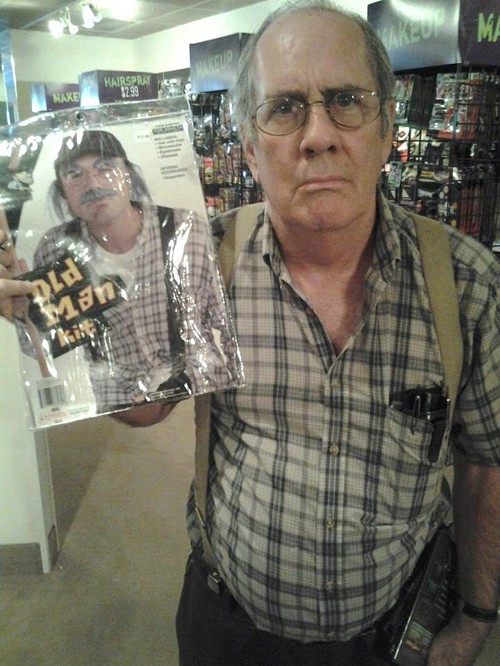