No one really likes doing business this way, but here's the fundamental truth about Portland City Council: Count to three, and you can probably get what you want.

So now it's budget season, and some $2.3 million worth of housing and social-services programs are on the chopping block. And though it's weeks before council really puts together a budget, it looks like a Street Roots-led campaign whose express purpose is to fight off every last one of those cuts, has clawed its way to that golden political number.

On the Facebook page for "We Are the Safety Net," you'll now find the smiling faces of three commissioners—Steve Novick, Amanda Fritz, and Nick Fish—all holding signs proudly proclaiming their support. 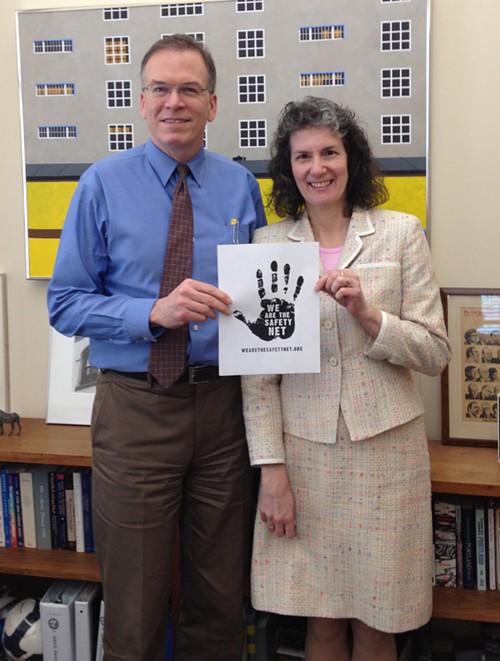 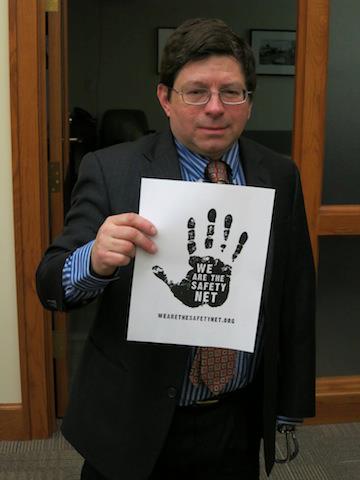 Fish and Fritz backed last year's version of the campaign, which managed to extract nearly every one of its goals from a city council that still found itself cutting money, if not quite as deeply as the $25 million will need to make up this year. Adding a third commissioner, like Novick, makes this year's campaign all the more interesting.

All three could have easily watched with quiet support as hundreds of non-electeds endorsed the cause. But by personally throwing in with a cause that has such explicit (and explicitly robust) goals, and after helping deliver last year, it certainly sends a complicating message to Mayor Charlie Hales about priorities. And political arithmetic.

Right now we're cautiously optimistic about the safety net campaign. We have a great coalition of community groups and civic leaders who have come forward and said housing and homeless services need to be prioritized in this budget.

Our electeds are very smart. They understand the complexity of these services and how they're not only providing people housing and being cost effective, but also how they are tied to important things like public safety and healthcare.

We also understand there's still a big deficit for the city to overcome. We're hoping for the best.