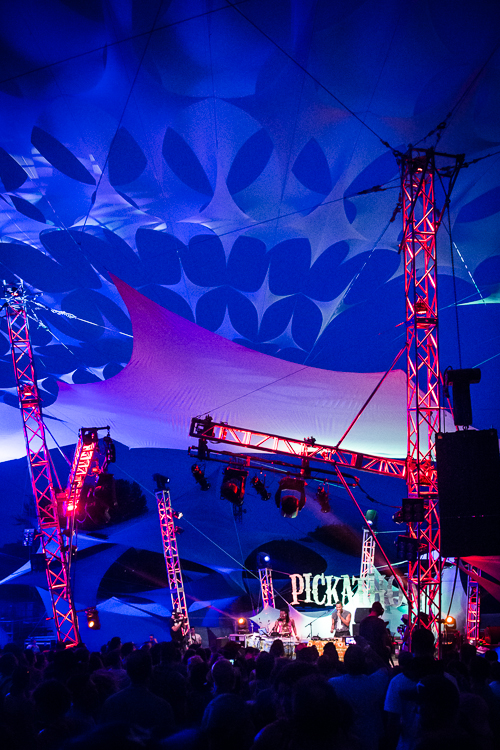 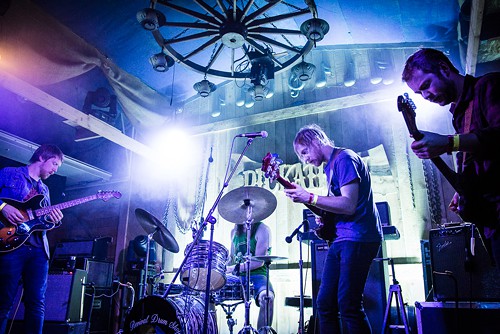 It always takes a little while to recover from Pickathon, but you’ll be seeing our thoughts and photos trickling out on the blog over the next couple days, interrupting your regularly scheduled stream of posts about hamburgers.

Pickathon returned to Happy Valley this past weekend, with more than 50 bands in all genres gracing Pendarvis Farm's numerous stages. Afternoon temperatures soared close to 100º F, but audiences generally kept their cool this year. The almost unfathomably complicated network of sails kept the large field around Pickathon’s main stage out of the brunt of sunlight, and the campsites were hidden in the inviting shade of the forest. It proved once again to be the perfect setting for what might have been the best edition of Pickathon yet. 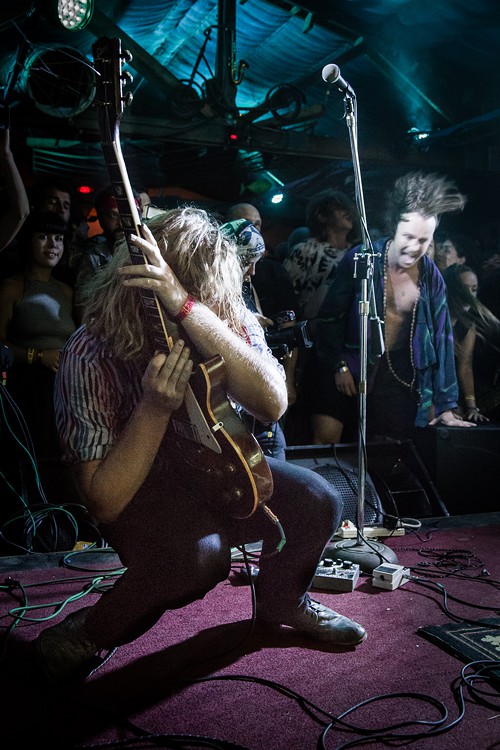 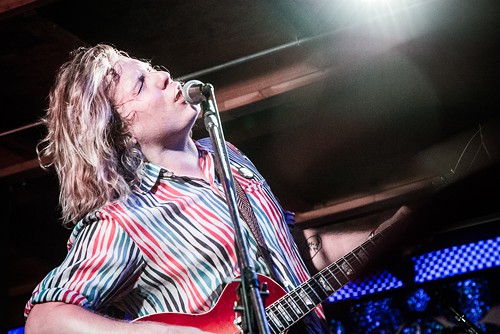 With every band on the schedule a winner, and everyone soaking in Pickathon’s ideal, relaxed circumstances, neighborly celebration and devotion to music reigned supreme, with no one band or personality dominating a festival that you couldn’t really say boasted a headliner. Ty Segall’s iron-heavy set in the barn with Wand (going under the name the Roling Stons) on Saturday night might have been the single most intense hour of the fest; “mad wizard exploding clifftop dagger rock” is what I called it on Twitter, but I don’t really know what that means. Let’s say it was a free-flowing, jam-heavy set of great, loud rock, full of volume and fun. The band’s atonal goof on “Satisfaction” lasted a little longer than necessary, but otherwise Segall and Wand dove deep, playing garage-pop tunes stretched out into 10 minute epics, with a few cherries selected from Segall’s enormous back catalog.

Leon Bridges, meanwhile, drew the biggest crowds. His sweat-drenched barn set was packed to the rafters, with the entry line extending well into the beer garden. As members of White Denim backed him up in full cowboy getup, Bridges breathed a polite but potent amount of flame into the vintage-sounding numbers on his debut album. A Sunday night set on the main stage allowed more people to see the newly minted soul sensation, and if his youth and timidity as a performer were apparent, the sounds coming from the stage were warmer than any campfire.

I also saw Pickathon veterans Heartless Bastards play a transcendent set on the Woods Stage, the best I’ve ever seen them play. Sam Cohen and Eric D. Johnson came out for a shreddy cover of Bob Dylan’s “One More Cup of Coffee,” but otherwise Erika Wennerstrom held the audience in the palm of her hand. Speaking of collaborations, guitarist William Tyler was present for Hiss Golden Messenger's gospel-flecked folk, weaving dreamlike threads through M.C. Taylor’s meditations. Tyler’s solo set on the newly designed Treeline Stage was also a thing of mellow, involving beauty.

Kamasi Washington’s Friday night set in the barn was magnificent in a wholly different way—a loud, funky, triumphant pageant of musicianship, exploration, and brute physical energy. Joined by two excellent drummers, a vocalist, trombonist/birthday boy Ryan Porter (who sported a Blazers 77 jersey), Washington’s own pops on soprano sax, and the greatest keytar player I have ever seen, Washington led a free flowing army of noise, conjuring moments of strangeness and succulence and erasing any musical boundaries that might have been lingering at Pickathon. 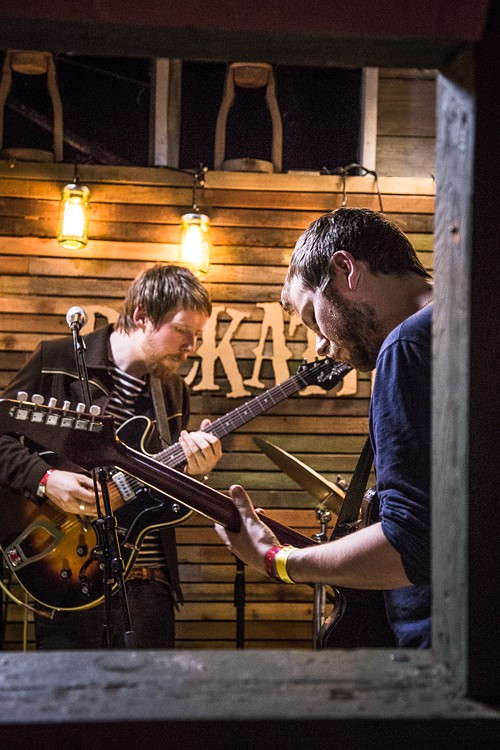 Perhaps the most gratifying moments for me, though, were witnessing the three excellent performances of English psych-rockers Wolf People, whose journey from the UK was stymied by a frustrating delay in their work visas. After missing flights and buying more than one round of additional plane tickets, Wolf People were forced to cancel their two pre-Pickathon shows in Seattle and Vancouver; by the time the full band landed in Vancouver on Thursday, they had fewer than five hours to hurry down the I-5 corridor to make their scheduled appearance at the Starlight Stage. Driving through Seattle at peak rush hour meant that they didn’t make it, but the jet-lagged crew nevertheless agreed to an impromptu private performance at the farm’s pumphouse at 1 am, playing a handful of stripped-down songs inside the tiny concrete structure. It was an unorthodox but fittingly surreal West Coast debut for the Englishmen, who seemed dazed and confused but seemed to have no problems summoning the majesty of songs like “Hesperus” and “When the Fire Is Dead in the Grate."

On Friday night, they played a proper set in front of a crowd in the barn—once again at 1 am, which was breakfasttime in their home country—and sounded absolutely magnificent. New songs like “Rhine Sagas” and “Not Me Sir” fit perfectly alongside older tracks like “One by One from Dorney Reach” and “Cotton Strands,” and even earned a well-deserved encore at the very end of the night, something that almost never happens at the rigorously scheduled Pickathon. Wolf People repeated the trick on Sunday evening, with a defining set on the stunning Woods Stage. “It’s lovely to be finally playing Endor,” joked singer/guitarist Jack Sharp. “Fuck the Empire.”

Wolf People likely faced more hardships than any other act in actually getting to the festival, but rather than let those many, many problems color their experience, they fully embraced Pickathon's considerable charms, sticking around for the full weekend, hopping from stage to stage, and soaking up sounds by other bands. In some ways, Wolf People’s Pickathon experience encapsulates what makes the festival so special, even magical: Music from all corners of the globe is welcome here, with no boundaries or rules. And bands and audiences are never in closer proximity—spiritually, if not always physically—than they are at Pickathon. We’re all wandering through these beautiful woods together.