Thursday, night two of this year's FashioNXT was my favorite so far (also see my recap of night 1). It was set up to be, seeing as it featured the UpNXT emerging designer competition I've helped judge for years, which I think is one of the most valuable things this event brings to the table each year—not only is the winner awarded with resources to plunge ahead in their design career, but it brings new talent out of the woodwork.

But first the night began with last year's winner, Myriam Marcela, working with some impressively detailed handwork and a great eye for mixing prints. I'd easily shop a few of these pieces straight off the runway. 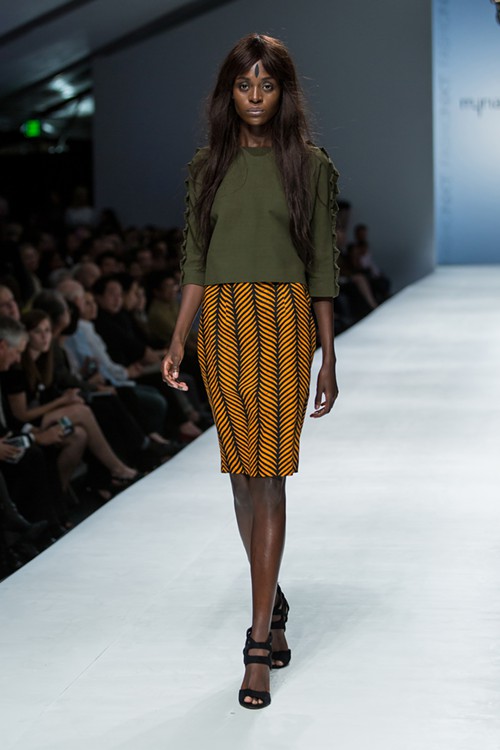 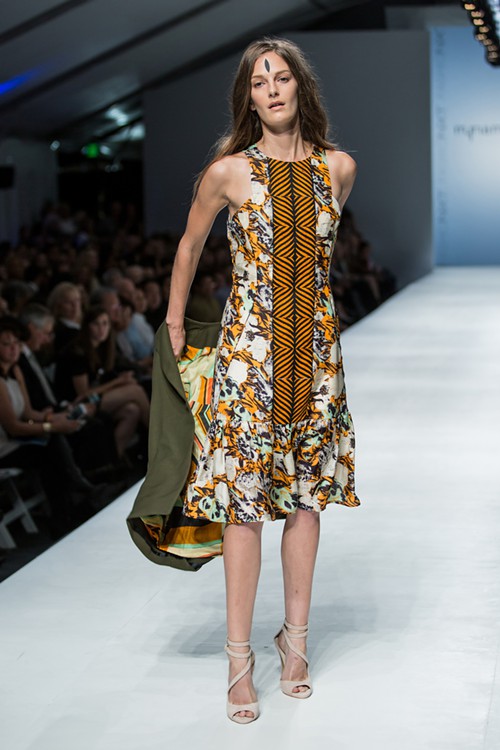 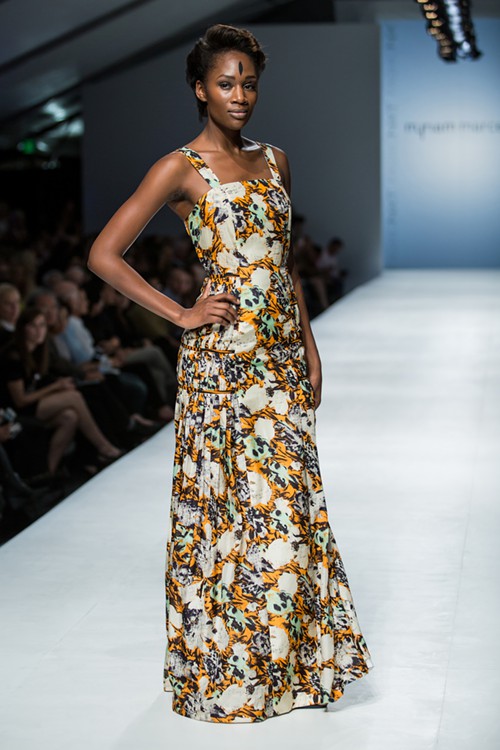 Next up was Devonation by Devon Yan, who kept the interest level high with pieces like a somehow-plausible sweater bodysuit, some very unique fabrics, a few impressive men's outerwear pieces, and the most inspired gowns of the shows thus far. 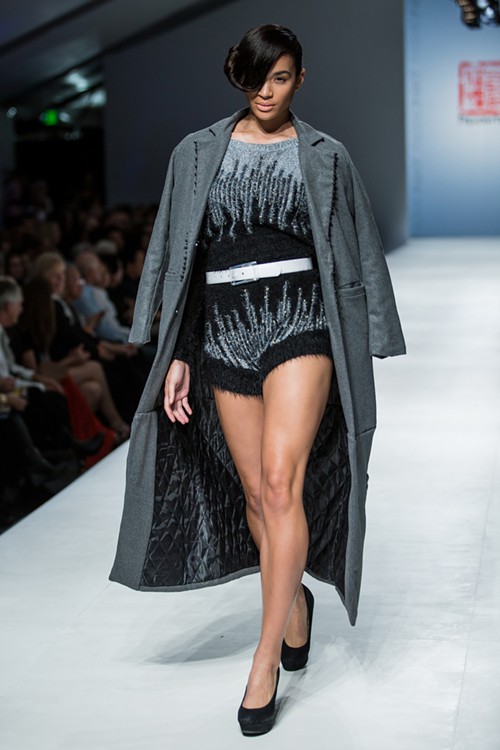 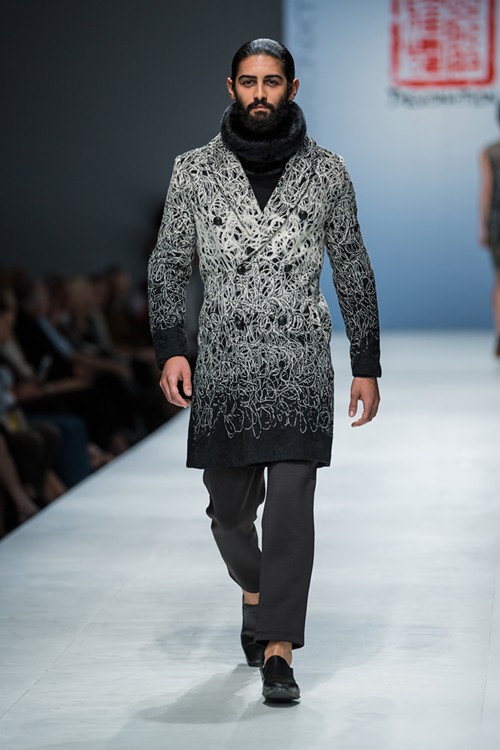 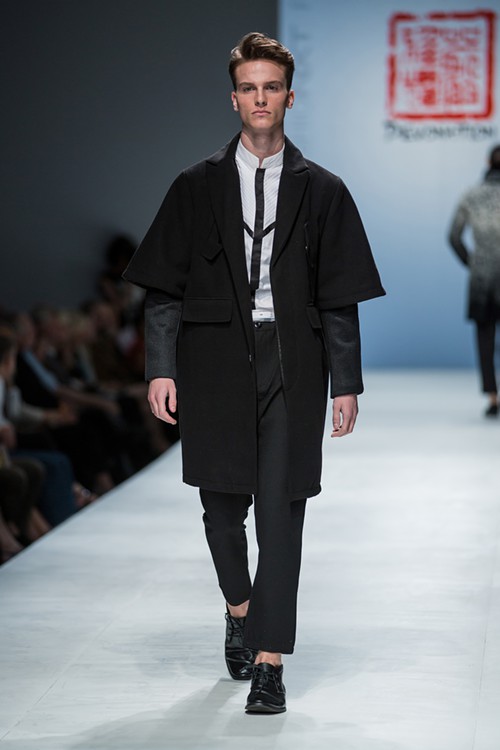 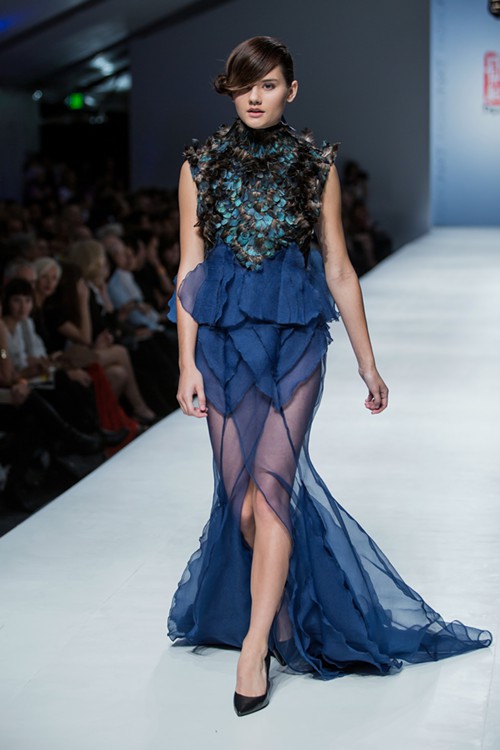 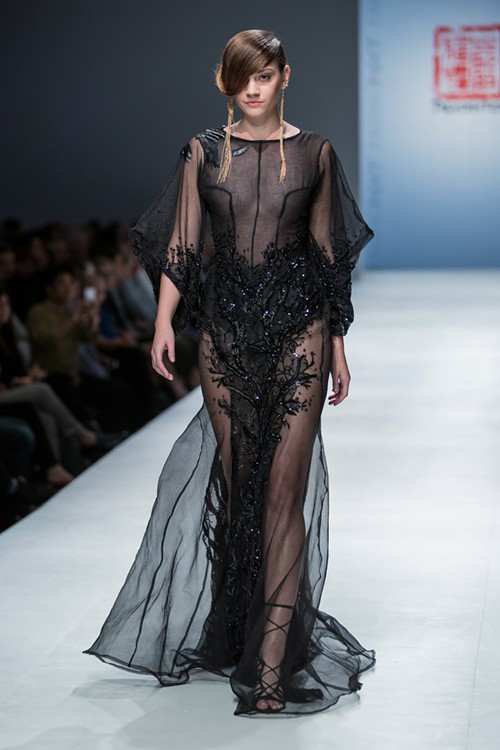 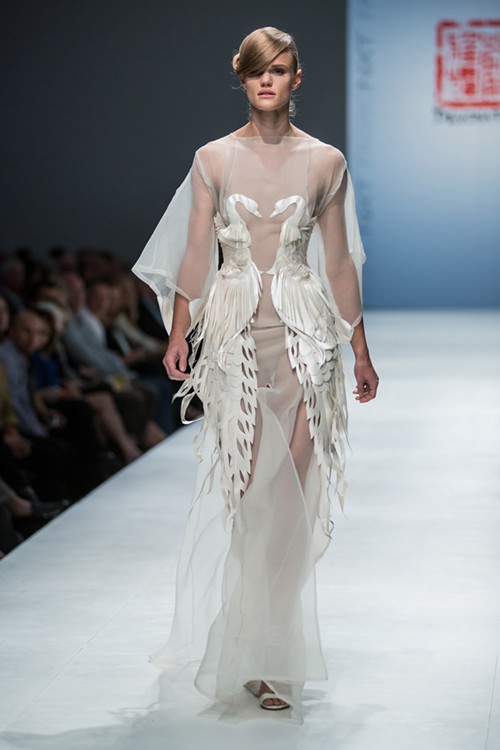 Oscar Mendoza followed with a few pieces in a charming, colorful bouclé (maybe I'm turning into Nancy Reagan but I frigging love a good bouclé), a very tasteful, Erdem-esque floral counterpoint... and then the plot muddied a bit with a sudden switch to metallics and sheer black lace (it was right around this point in the evening that I began to realize that sheer dresses are utterly rampant at this year's FashioNXT). 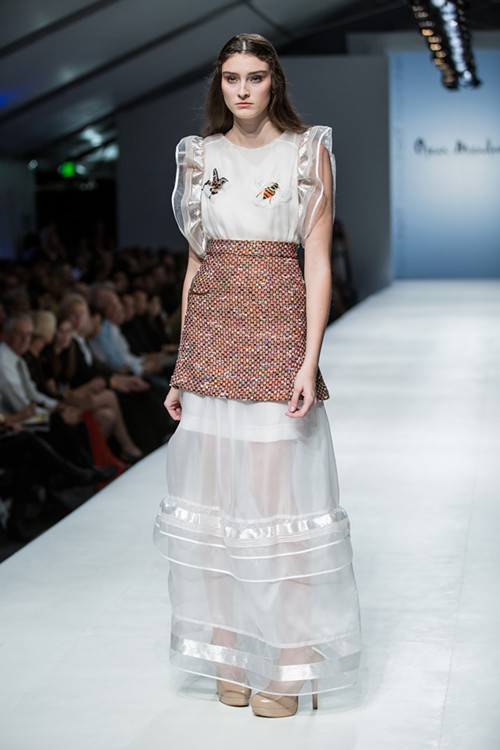 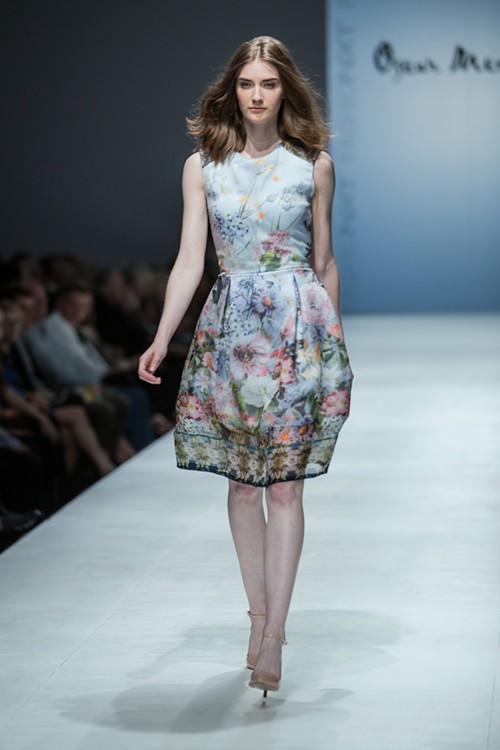 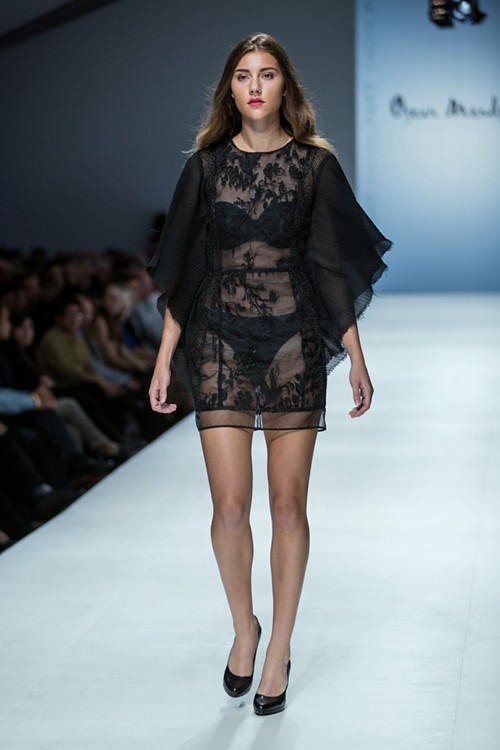 If you are into the health goth thing and/or a heavy Machus shopper, you'll want every single thing from Age to Come for your matching spawn. Obviously, this brought the house down. 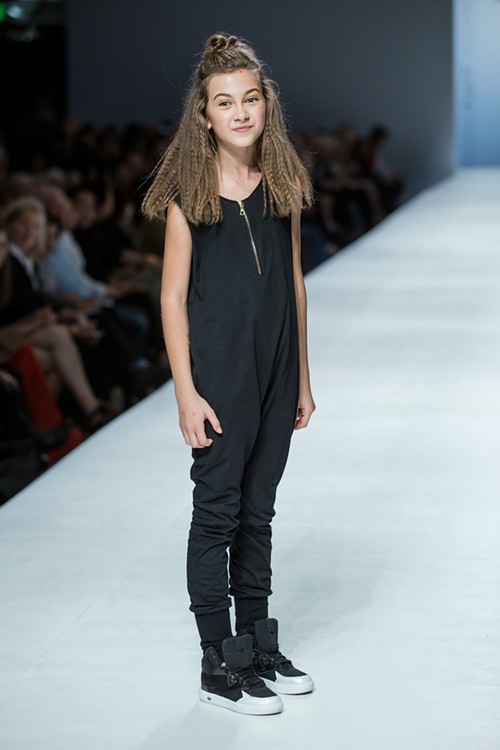 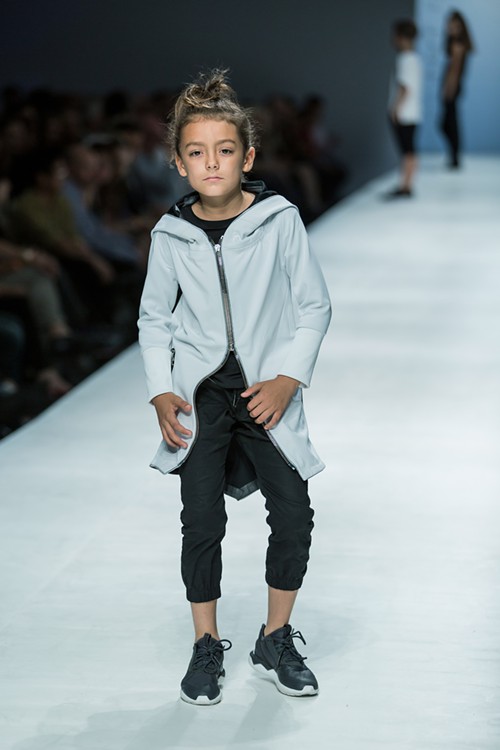 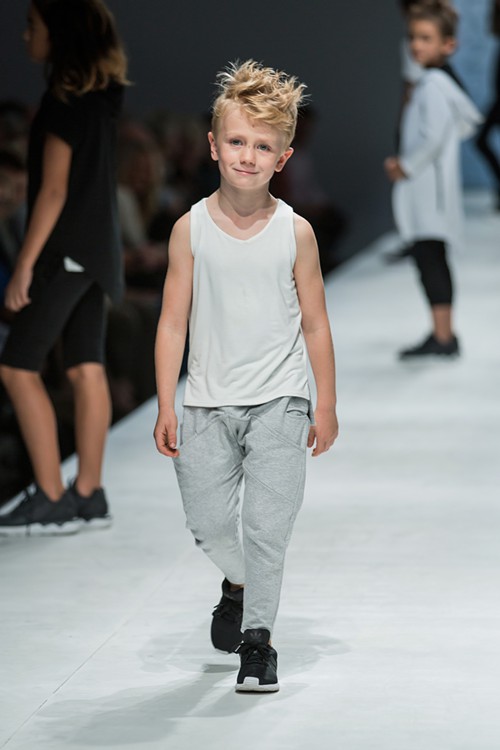 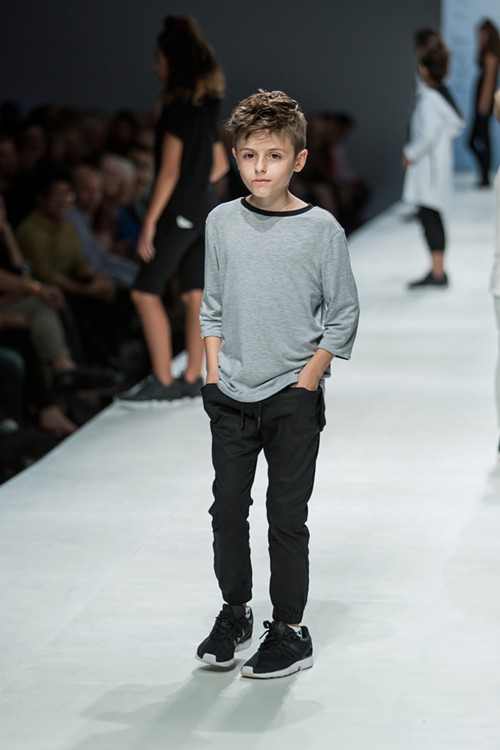 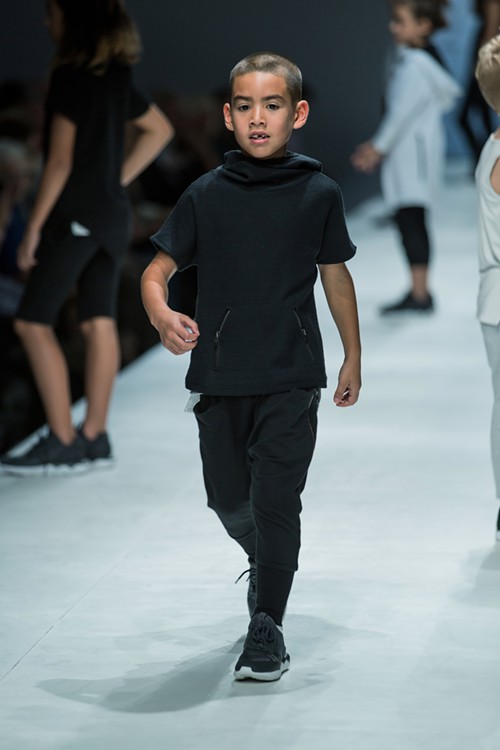 Here there was a brief pause in the runway for the finalists and winners of the Wearable Technology Fashion Competion to be announced, which... is difficult to make compelling to a live audience when it's three guys sort of reenacting their deliberation over the merits of products that are not actually present IRL.

Returning to the action, the UpNXT challenge was the finale. Guess who we chose: 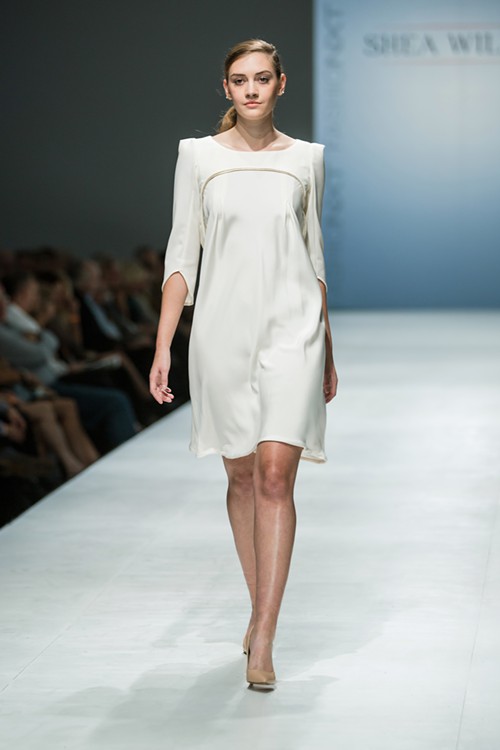 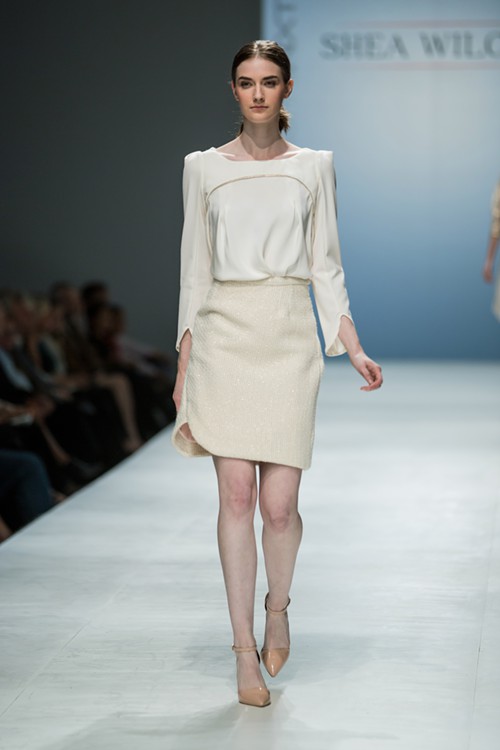 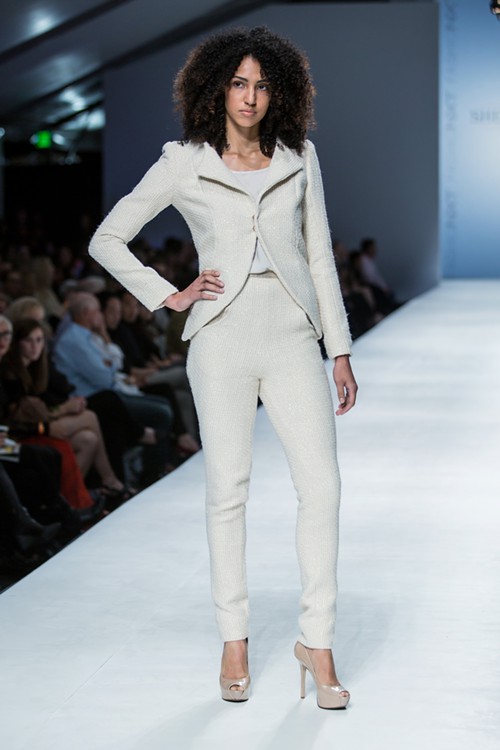 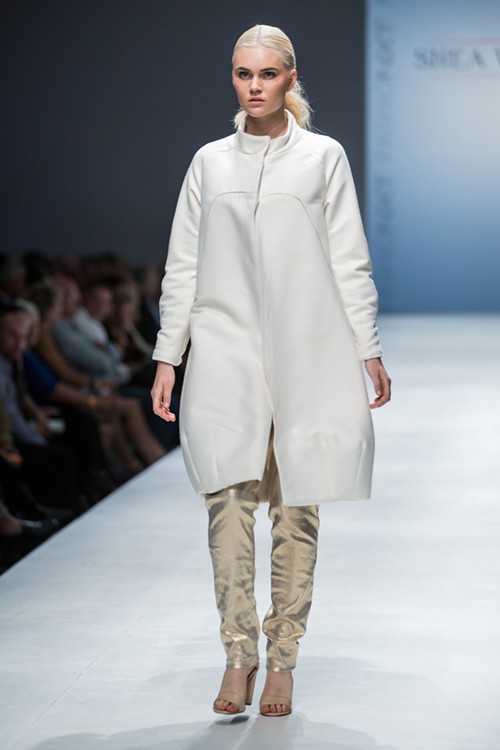 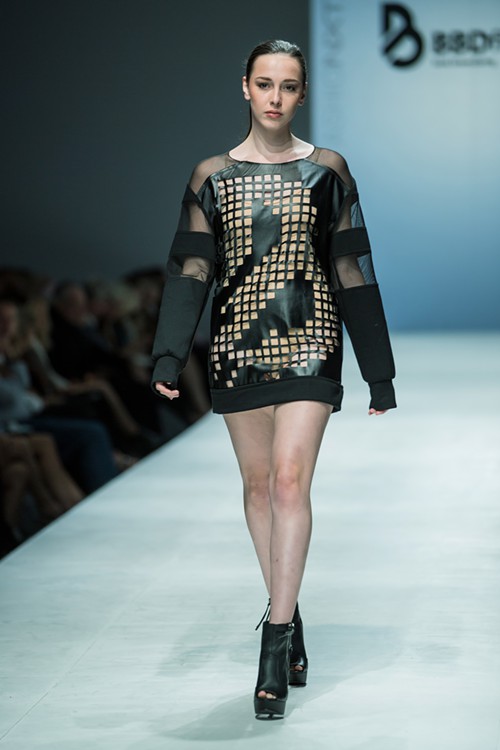 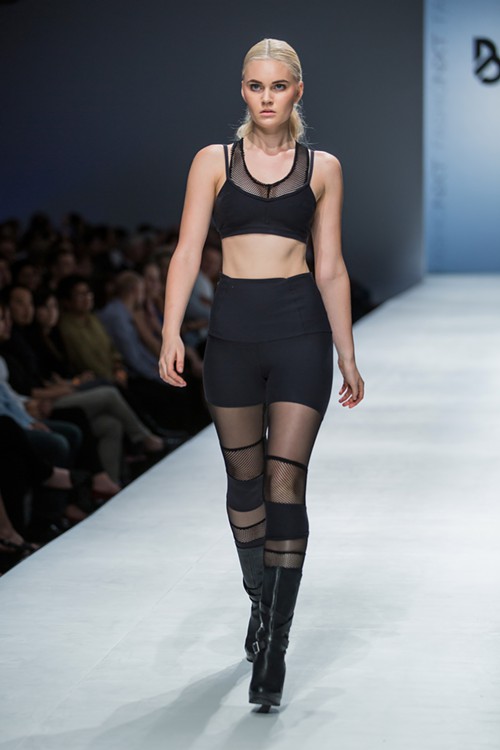 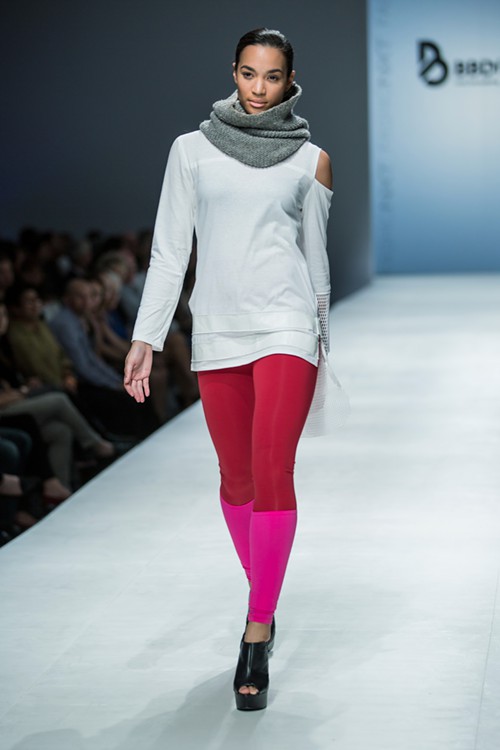 Varsha (note: not real leather, not real fur, but good quality for imitation and chosen with intention): 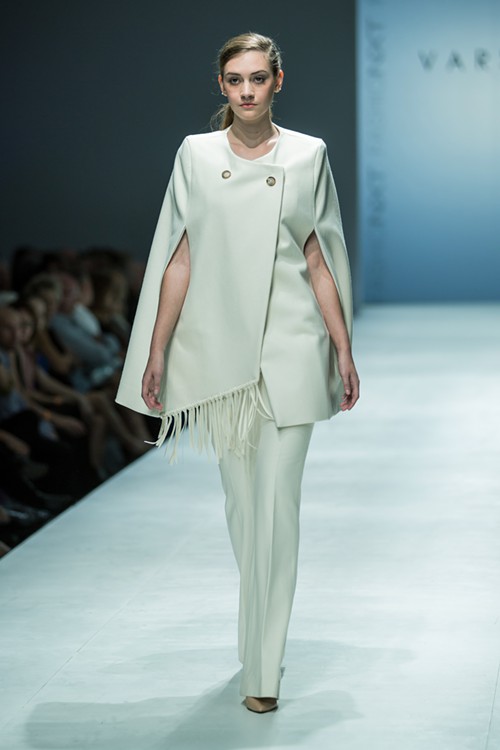 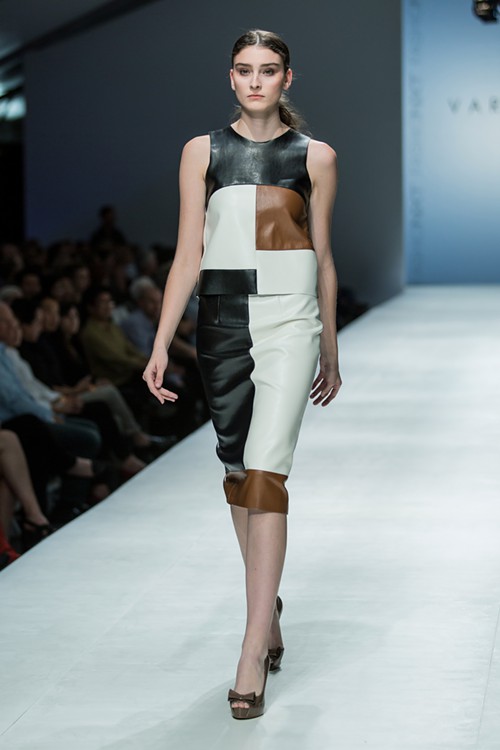 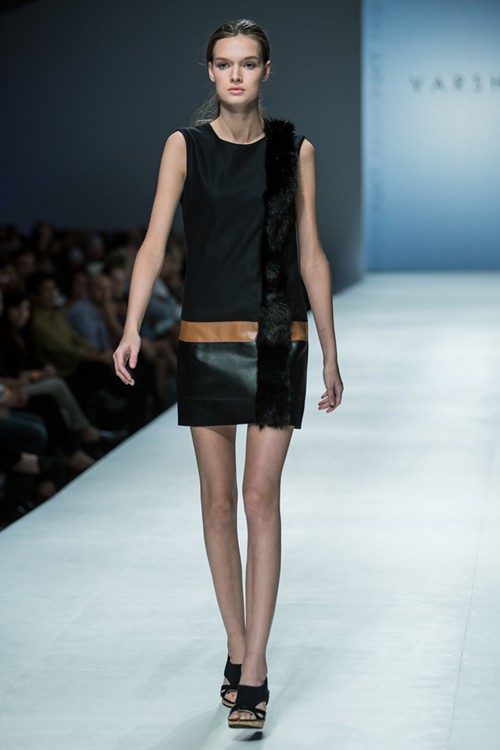 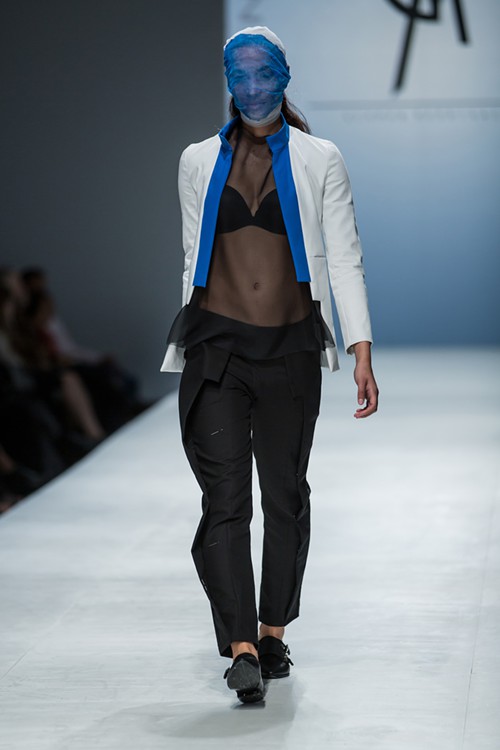 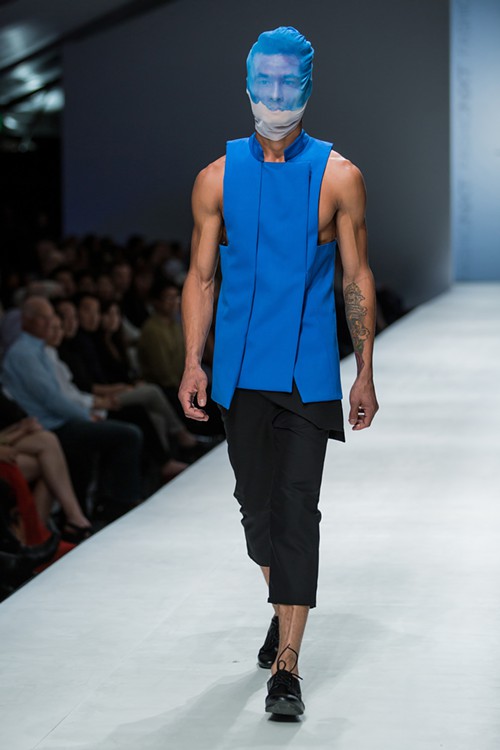 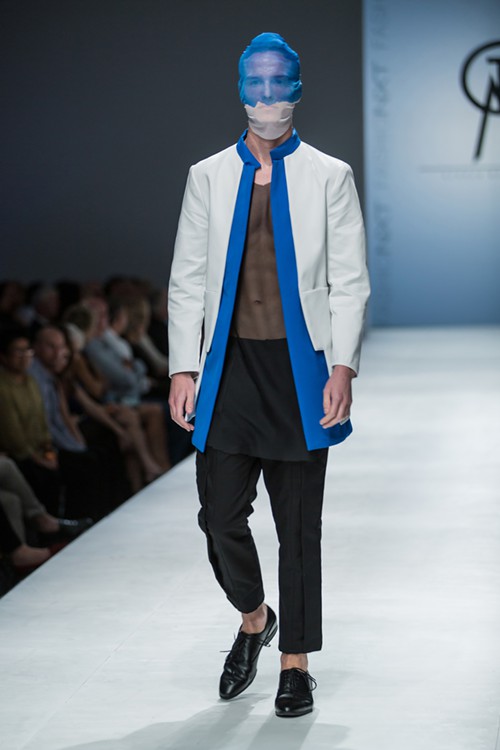 ... if you guessed German Madrigal, you are correct!