Who Owns Your Online Identity? 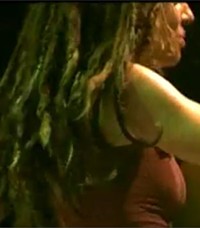 2
What happens is that the NSA creates these confusing ghosts in order to obfuscate in attempt to keep anyone from becoming famous enough to have any influence on society, or getting any facts or opinions out in the mind of the public, which might run counter to the agenda of Big Brother.
Dina Gourmand on October 9, 2013 at 2:56 PM Report this 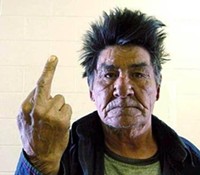 3
Keeping martyrs as needles in a haystack.
Chef Multnknowman on October 9, 2013 at 3:07 PM Report this 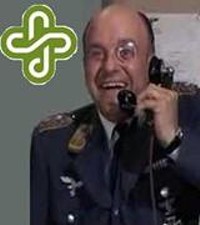 4
Oh, I don't see it that way at all. I think nobodies actually develop a following of fans who become inspired by their new, unsung heroes, just enough to try and improve upon them by creating a better version of them.
PSfnU on October 9, 2013 at 3:11 PM Report this

5
They can read your mind with a machine, but not from a distance. The next best thing is to read over your shoulder, from long distance, on the Internet. This is the shit that Ed Snowden used to do for the NSA. By creating multiple ghost accounts in your handle, they hide you from search engines while making a study of your interests, comments, contacts, and expressed concerns in order to profile you to be able to virtually predict what you will do next; just in case you should ever become an actual person of interest.

Imagine All the People: How the Brain Creates and Uses Personality Models to Predict Behavior

The behaviors of other people are often central to envisioning the future. The ability to accurately predict the thoughts and actions of others is essential for successful social interactions, with far-reaching consequences. Despite its importance, little is known about how the brain represents people in order to predict behavior. In this functional magnetic resonance imaging study, participants learned the unique personality of 4 protagonists and imagined how each would behave in different scenarios. The protagonists' personalities were composed of 2 traits: Agreeableness and Extraversion. Which protagonist was being imagined was accurately inferred based solely on activity patterns in the medial prefrontal cortex using multivariate pattern classification, providing novel evidence that brain activity can reveal whom someone is thinking about. Lateral temporal and posterior cingulate cortex discriminated between different degrees of agreeableness and extraversion, respectively. Functional connectivity analysis confirmed that regions associated with trait-processing and individual identities were functionally coupled. Activity during the imagination task, and revealed by functional connectivity, was consistent with the default network. Our results suggest that distinct regions code for personality traits, and that the brain combines these traits to represent individuals. The brain then uses this “personality model” to predict the behavior of others in novel situations.
Chef Multnknowman on October 9, 2013 at 4:02 PM Report this
6
It's not just Google+, my wife shut me down for pretending to be Ron Burgundy.
Todd Mecklem on October 9, 2013 at 10:38 PM Report this

8
What about "Paul Constant"? "PC"?!? Huhnnh? Too perfect, too obvious. Hiding in plain sight.

I believe it is the world's most ingenious troll costume, worn by none other than the inimitable troll himself: William Stephen Bartlesby Worthington Humphrey III, esquire.

10
If you don't want to have your identity stolen, then don't become a public figure. When you publish online, you can't very well be considered private, any longer. The safest bet is to just use somebody else's handle.
Occupy This Page on October 12, 2013 at 5:55 PM Report this