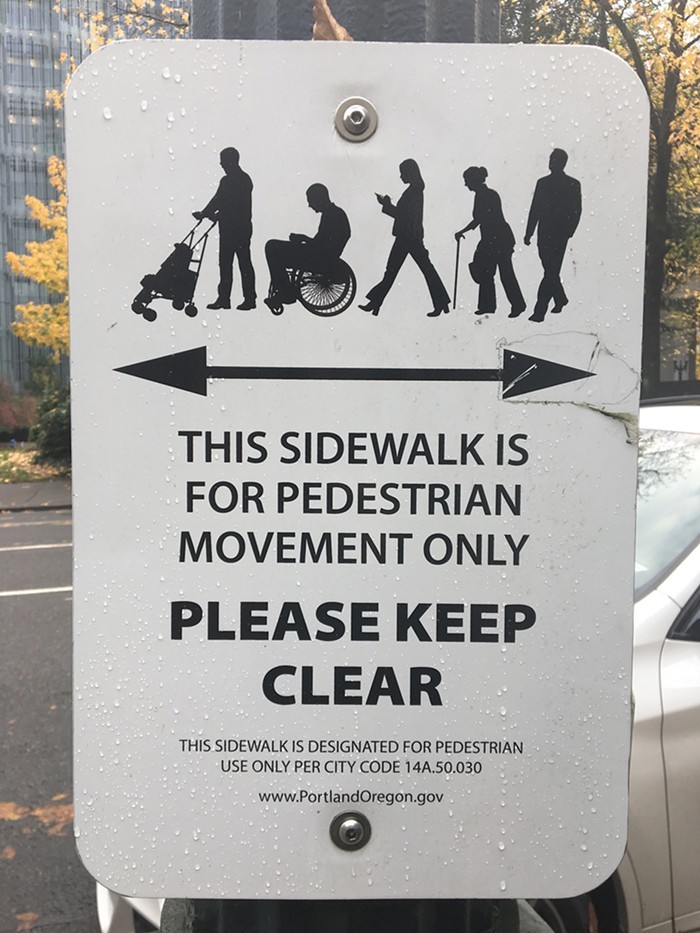 Mayor Ted Wheeler is taking a lot of heat today from activists who are angry that he may have encouraged Columbia Sportswear CEO Tim Boyle to write an Oregonian op-ed about Portland's homelessness problem, per a scathing article in the Guardian:

Intriguingly, Boyle has said that he wrote the op-ed at the request of none other than Wheeler, who, in Boyle’s telling, is hoping to gain momentum to get more police on the streets.

As the Mercury has reported, Boyle—who made substantial donations to Wheeler's campaign—pressured the mayor's office to put up a "no sit zone" sign outside his downtown Columbia store, after complaining about defecation and that his employees frequently have their things stolen and are sometimes threatened.

As the Guardian stated, it would indeed be intriguing if the mayor was teaming up with his donor, awarding him special favors, and encouraging him to pen op-eds where he threatens to move his business out of town if his demands aren't met. That version of events came from an interview Boyle did with OPB's Think Out Loud, in which he vaguely alluded to agreeing to help Wheeler find support for more police resources. Boyle made the comment in passing, and it was unclear whether he was referring to the op-ed.

As our Dirk VanderHart first reported on Twitter, the mayor's office flatly denies that version of events and has demanded a retraction from the newspaper. Here's the retraction request from the mayor's Deputy Chief of Staff Michael Cox...

I requested a correction through your reporter, Thatcher Schmid, yesterday. I have yet to receive a satisfactory response.

Intriguingly, Boyle has said that he wrote the op-ed at the request of none other than Wheeler, who, in Boyle’s telling, is hoping to gain momentum to get more police on the streets.

Mayor Wheeler did not ask Tim Boyle to write the op-ed, and Tim Boyle never made that claim. Further, both the Mayor’s office and Columbia Sportswear deny that the Mayor asked Mr. Boyle to pen the op-ed.

When I asked your reporter to offer a citation for his sloppy paraphrase he offered up this OPB interview with Tim Boyle (6 minutes in). Link here:

There is nothing in this segment that implies, much less states, that the Mayor asked Mr. Boyle to pen the op-ed. Even if one were being charitable and could forgive a misinterpretation of Mr. Boyle’s remarks, editors should have caught this. A claim of this magnitude requires actual evidence to substantiate.


Further, the idea that any Mayor would ask a prominent business owner to threaten to move a business out of the city, criticize the city the Mayor serves, and criticize the Mayor himself is ludicrous on its face.

The claim made in your story is untrue, absurd, and inflammatory. I request an immediate correction.

We'll keep you posted on the Guardian's response, if they supply one.

Update, 1:35 pm: The Guardian hasn't posted a correction, but has modified its story to more clearly reflect Boyle's comments, and include Wheeler's denial. It now reads:

Intriguingly, in a discussion on Oregon Public Broadcasting of the context in which he wrote his op-ed, Boyle related that the mayor had “asked me: ‘Listen, we need more policemen on the street’”, to which Boyle replied that he would “help”. In e-mailed comments, the mayor’s spokesman, Michael Cox, said “there is nothing in this segment that implies” that the mayor asked Boyle to write the op-ed.