In Defense of McMenamins

A Look at the Specs of Oregon's Most Saturated Brewery Chain 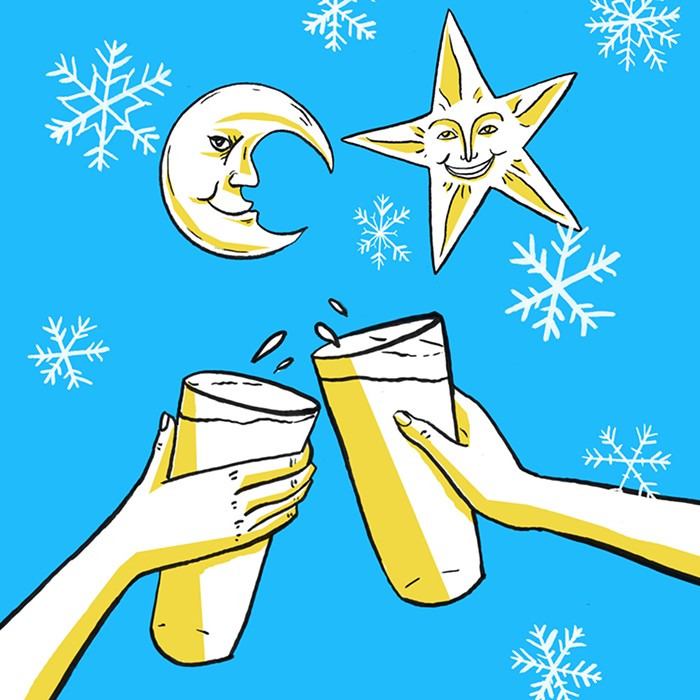 [Editor's note: A longer version of this article appears on Blogtown.]

These are things I heard every time I mentioned visiting one of the company’s 17 brewpubs across the state. No one denies that many of their properties are awesome renovations of architecturally significant buildings—such as Edgefield’s Multnomah County Poor Farm and Roseburg Station, the repurposed Southern Pacific Railroad depot built in 1912.

I’m not huge into Ruby, the raspberry beer that’s among the company’s most popular brews, which debuted 30 years ago at the Hillsdale Brewpub. But does McMenamins get any credit for their litany of firsts? Opened in 1985, Hillsdale was Oregon’s first brewpub since prohibition, thanks, in part, to the brewpub bill that brothers Brian and Mike McMenamin helped draft. Ruby is the heiress of America’s first post-prohibition fruit beer made with wild blackcaps growing out back. They were the first Oregon brewing company to get a winemaking license in 1990. (By the way, some Oregon breweries now make cider—which requires a winemaking license—and McMenamins was the first to do that, too, in 1992.) They started distilling house spirits in 1998.

But this is essentially 2017. The Wright brothers may have been first in flight, but we wouldn’t want to travel by their airplane today. McMenamins doesn’t get to rest on laurels.

To discuss this, I met with Edgefield’s brewery manager Matt Bergfield at the Barley Mill Pub, which looks and feels like a museum. It’s named for the mill on display, used at Cartwright Brewing Co. (By all accounts, the beer sucked.) The pub also has a constant soundtrack of the Grateful Dead. At the same time, I had a specialty burger of ground pork with a mint sauce complimented by a delicious, roasty CDA with minty notes; even here the 21st century makes inroads.

If it’s been ages since imbibing at a “Mc pub,” you’re justified in not recalling the experience fondly. No one at McMenamins denies that. Bergfield was hired in 2011 and says the policy of keg costs—keeping the team of brewers on a budget to secure maximum profit per keg rather than ensuring maximum quality per batch—ended in 2011. There were other, uh, quirks, that prioritized the bottom line instead of top quality. McMenamins was exclusively using Golden Gate kegs, and many are still in use. These antiquated kegs, unlike modern Sankey kegs, have bungs and therefore can leak and oxidize the beer. “There’s a reason people switched,” Bergfield understated. Some of the breweries still use Grundys, cheaply made and inefficiently shaped tanks that date back to the Blitz-Weinhard era.

Just like McMenamins doesn’t get a freebie for what they did 30 years ago, nor should they get dinged for past errors. They’ve installed glycol jackets to effectively regulate tank temperatures, thereby escalating above the echelon of entry-level home brewers. They’ve modernized and standardized their water. As Bergfield notes, they’ve bought pH meters to distribute to the brewing staff. “We have a lot of catching up to do from that Dark Age.”

It’s true McMenamins brewers routinely lack traditional brewing backgrounds and education. And the company’s fiscal efficiency notoriously hinders running state-of-the-art operations. But the flock of brewers has access to mentors, plus certain synergistic resources that some brewers pine for. Making a coffee beer? Put in a beans order from McMenamins’ house roastery. Of more interest to beer geeks, brewers can get fresh wine or spirit barrels, including various whiskeys. (The annual release of Devil’s Bit, perhaps the best Oregon-made whiskey—it spends more time in charred oak than nearly any other craft whiskey—makes coveted casks for maturation.)

Here’s the thing. Their beers are good. Not “good enough.” Not “good for McMenamins” good. Good. last month at their 23rd Avenue Bottle Shop (the Belmont Station of Slabtown that few know about), they released Bottle Shop Birthday Reserve No. 1. A total of 22 cases were delivered of this golden ale blended with a peach saison, funkified via mixed culture fermentation and aged in Hogshead Whiskey Barrels. Then there’s Lord of Misrule—the series exclusive to Holiday Ale Fest. This year’s rendition—an imperial stout styled after Irish coffee and featuring lactose, dark sugar, and cocoa nibs—was aged in whiskey barrels and finished with vanilla and cold brewed coffee. The chocolate came through the most and, compared to some hot messes, it was one of the best fest beers. The first version in 2014 saw imperial porter augmented by cacao nibs, cinnamon, and habaneros aged in both whiskey and rum barrels. It was that year’s buzz beer. It is one link in a chain of Mc beers that holds up to our high standards. Credit for these creations belongs mostly to the various brewers.

I’m not saying Hammerhead is on par with Double Mountain’s Vaporizer or that their IPAs hold a candle to Breakside’s, but they maintain Portland’s standard of quality. I’ve heard they’ve even made sour Ruby—but that’s too odd for Ruby drinkers and too Ruby for sour beer fans. Maybe it’s a good time to see what’s on tap at fun and funky Edgefield, or Crystal, or Concordia and check out what Mc beers have become since your last visit.

McMenamin's on the Columbia

This Week In Portland Food News: A Brewery and a Pizzeria Team Up, Smash Burgers Arrive, and Cheese Bar Says Goodbye