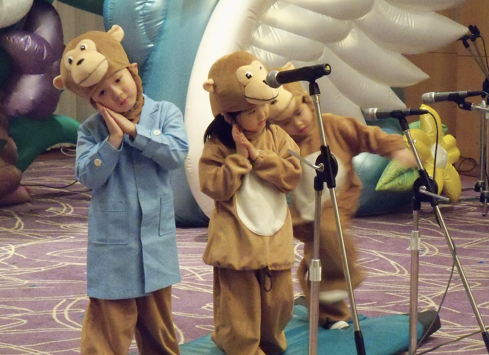 The Aces
—While I did not exactly find it hilarious, the first show from sketch duo the Aces is clever and fun to watch.

Danny and the Deep Blue Sea, an Apache Dance—Action Adventure Theatre (best known for Fall of the House) makes their first foray into drama. We'll have a review in next week's paper.

Day of the Docent—It's the last weekend to see CoHo's reportedly hilarious show about an aspiring screenwriter who kidnaps his idol.

Race—Artists Rep presents the Northwest premiere of David Mamet's Race (it's about race!); it's also the last weekend for Circle Mirror Transformation, an entertaining little show about a small-town theater workshop.

The Irish Curse—Triangle Productions presents a show about a support group for Irish men with tiny penises. [JOKE ABOUT INTERNET TROLLS REDACTED.]

Woyzeck—A show from new company Ominous Horse, featuring music by Ryan Sollee of The Builders and the Butchers.

There's more! They live over here, in our performance listings.

Comments 1
Tags: Theater & Performance Blogs
If you enjoy articles like this, please help the Mercury continue our mission of providing up-to-the-minute information, progressive journalism, and fun things to do in Portland by making a small recurring monthly contribution. Never forget: Your help is essential and very much appreciated!
CONTRIBUTE NOW