Authentic Korean at Be Won

eerie and mysterious, even to many Korean Americans. At the same time, restaurants that serve ethnic food in ethnicity-deprived locales (like Northwest 23rd Avenue) often take such bold steps to demystify their cuisine, that the end result is a cowardly, though friendlier, version.

Be Won, the new occupant of the luckless space formerly known as Celadon, manages to be both user-friendly AND authentic; in fact, there is little separating the cuisine here from any L.A. Koreatown joint. The difference is that the menu is in English, and the waitstaff speaks English, and they will give you the entire history of Korean food (in English), should you ask.

Waiters at this mom-and-pop operation are so helpful and friendly that, at a recent visit, they let me use their phone to call my dining partner, who I had ditched on the Eastside waterfront due to a war of words. He eventually found the well-hidden restaurant, but due to the delay, I was unable to order the Han Jung Shik, the traditional eight-course meal for two.

Instead, I ordered an appetizer of Jap Chae, sweet potato noodles sautéed with vegetables, which was delicious, and typical of the unspicy, healthful side of Korean cooking. Here you'll find lots of sesame oil, and earthy-sweet veggies like shitake mushrooms, spinach, summer squash, and a mild Korean cousin of the ginger root.

Another light choice is Bi Bim Bap, the DIY bowl of seven veggies, an egg, velvety rice, and spicy bean paste. Be Won's Bi Bim Bap is as good a version as I've had.

In the other corner of Korean cooking is loads and loads of juicy, marinated and spiced meat. I went with the popular Bul Go Gi, or beef ribeye. It was slightly overcooked, and I've had better versions at out-there Korean restaurants specializing in meat dishes and tabletop barbecue. Nonetheless, it was still authentic and tasty and will put a stop to the protestations of unadventurous hamburger junkies who resent being dragged to an ethnic restaurant.

Pan Chan, traditional petite appetizer plates of tasty tidbits including two types of kimchi, are served here with the main course; I prefer to have them at the beginning of the meal. In addition to the usual suspects, I was served two outstanding rare treats--dried, salted and sweetened seaweed, and saffron-like shreds of fish. The former had the consistency of tree bark and tasted like chocolate. It was awesome. The fish won me over on texture alone.

One of my favorite items on a Korean menu is Pa Jeun, a "pancake" filled with seafood, scallions, and hot peppers. For some reason, the peppers were omitted from mine. That was the least of its problems, though; it fell apart, and there was just too much stuff in it. I'm accustomed to sparser, chewier versions.

Overall, Be Won is a worthy spot to introduce yourself to this ritualistic, one-of-a-kind cuisine. Korean food is particularly suited to obsessive-compulsive types, as a meal has to follow a set path, from the lighter appetizers to the small Pan Chan, to the hearty, sometimes scorchingly spicy main courses. At the end you'll always receive a cup of cool, sweet cinnamon tea topped with two pinenuts and a sliver of date. It provides closure to a thought-provoking, Zen-like food experience. 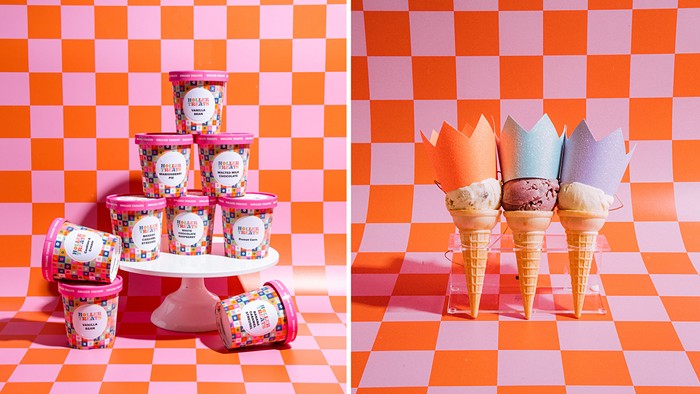 Give the Gift of Holler Treats Ice Cream Year Around!