IT'S NEARLY 2 PM on a rainy November afternoon and the smell carried on a sudden wind gust across the intersection of N Mississippi and Skidmore is absolutely incredible. The mouth-watering odor emanates from a cluster of colorful food carts, adjacent to the new bar Prost. This is the Mississippi Marketplace, Portland's newest "cart pod."

The carts encircle a covered outdoor eating area and a few people huddle here and there to enjoy a blustery late lunch out of the rain. Their options were rich: vegetarian sushi, meaty sopapillas, pizza, fried-egg breakfast sandwiches, desserts, and soups. Most of the carts here are brand new. A few have relocated from other parts of the city. All are part of a Portland trend that continues to grow even as winter approaches.

Food cart ownership is on the rise in Portland. In 2008 the Multnomah County Health Department gave annual mobile food unit licenses to 370 carts and trucks. Due to demand, 2009 saw a nearly 25 percent increase in the number of licenses handed out by the health department. Currently, there are 461 licensed mobile food units in Multnomah County. Another 34 or so are in the process of applying for permits.

Food carts are taking over previously empty and unsightly urban niches all over the city, and the activity has attracted the fickle eye of national media, from network and cable news to (now defunct) national magazines. Whether a result of media hype or smart entrepreneurs making a choice to go small in a wounded economy, the Portland cart boom has been unstoppable.

Brett Burmeister documents the cart scene for the blog Food Carts Portland (foodcartsportland.com). He marks the beginning of the boom as the opening of downtown lunch and breakfast cart Brunch Box and fried pie cart Whiffies.

"Those types of carts shot the cart scene into the stratosphere," he says. "These are not your parents' carts. This is a new generation of cart owners." Owners that have a grasp of social media and a sense of creativity and artistry, according to Burmeister.

However, while carts like Whiffies offer an inexpensive niche product nimbly marketed with new technologies like Twitter, the strategy may not be foolproof. So far Portland eaters have been able to sustain the crowded mobile food community. But can it last? With winter on the way, the question remains if all 91 new carts opened this year will survive a saturated market and cold months.

"I think this winter will really tell," says Burmeister, adding, "I don't think we'll see a wholesale closing of carts over the winter." From his perspective, a cart's survival will come down to "loyalty, customer base, and quality."

"First, you need to have your customers," she says. "For me, the customer is all." Still, Ljucevic notes there is more to think about. She relies on her background in accounting and her years of experience.

"I know what is good for me to do," she says, offering an example. "Every morning I listen to the weather. If afternoon is rain, I know how much food to make."

It's strategies like these that have kept her cart successful, even through December. However, Ljucevic cautions, "If you are not thinking? No business. If you don't know, you better close."

Back at the Mississippi Marketplace, Kir Jensen, owner of dessert cart the Sugar Cube, has just reopened in her new location after closing her previous cart last winter.

Jensen blames several factors for the closing of the first Sugar Cube, but admits a bit of naïvety. "When I started I had stars in my eyes," she says. "It was great during the summer. You pick up the momentum; you think everything's great; and then boom, the weather hits and it's a different story."

Jensen stresses that it's important for new cart owners to have at least a six-month financial buffer. This year, she's not taking any chances and has secured financing to use in case business slows or unforeseen circumstances should arise. However, she is optimistic about the additional protection of the new pod.

As we talk at her cheery Neapolitan-colored cart, Sugar Cube fans hover around waiting to order something sweet. 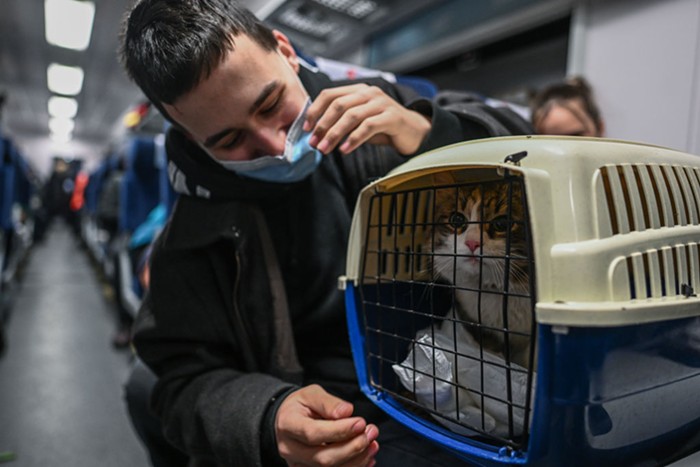