As the city moved ever closer to shutting down its open air drinking water reservoirs in recent years, lots of opponents offered a steady refrain: They argued the shift to covered reservoirs would result in the harmful gas radon being released via Portlander's tap water.

Now, with the reservoirs formally disconnected from the water system, those claims are poised to get a day in court for the first time.

Scott Fernandez, a biologist who's long railed against closed reservoirs, has sued to get the reservoirs at Washington Park and on Mt. Tabor back into use—or at least disrupt their demise. In a 10-page complaint [PDF] filed last week, Fernandez argues the city is trespassing against him by potentially forcing radon—a radioactive gas and carcinogen—into his home. And he argues the city's causing a public nuisance by doing the same thing citywide.

Fernandez has asked a judge to put the brakes on any existing work to further destroy Portland's celebrated open reservoirs. He says officials need to be stopped from "degrading, demolishing, or further impairing the open reservoir system until such time as this case can be adjudicated."

Kristian Roggendorf, the Lake Oswego attorney representing Fernandez, tells the Mercury his client wants what a great many activists in Portland have clamored for over the years: For the city to continue fighting for a waiver to federal rules that require open-air reservoirs be capped. After seven years of pushing for that waiver, officials announced in 2013 they'd give up the fight and move forward with covering the reservoirs.

"He’s a scientist—he’s not some wild-eyed crazed hippy living in a camper somewhere," says Roggendorf. "Microbiology and water chemistry are his fields."

The city has two central sources of water: The pristine and jealously guarded Bull Run Watershed and a collection of groundwater aquifers known as the Columbia South Shore Well Field. It's the second one that Fernandez says will wreak havoc this summer (when water from the well field is tapped in the largest amounts). He argues that radon levels in that groundwater won't have the chance to dissipate in the city's closed reservoirs, as they would naturally in open reservoirs.

"In open reservoirs, radon is naturally off-gassed into the atmosphere in a safe and unconcentrated form," the suit says. "In covered reservoirs, the radon cannot escape efficiently....The State of Oregon recognizes and advises that 'there is no safe level of radon.'"

According to its 2016 Drinking Water Quality Report, Portland water had an average of 202 picocuries (a measurement of radioactivity) per liter of radon in 2015, with a maximum reading of 370 picocuries per liter. Roggendorf says the upper levels came from the Columbia South Shore Well Field, and that they're concerning.

But in an FAQ about radon in water, the city downplays those levels.

"Although no standard has been adopted, the Environmental Protection Agency has proposed regulating radon in drinking water at 4,000 pCi/L," it says. "This level is approximately 10-30 times higher than what the Water Bureau has recorded from the Columbia South Shore Well Field."

It continues: "The EPA has proposed to regulate radon in water, but since a major portion of the associated risk with radon is due to soil under homes, the EPA has not determined how regulating radon in drinking water would lower health risks."

With that said, radon's unquestionably a health concern. Portland Public Schools—amid a scandal over crisis in drinking water—is also scrambling to fix high radon levels at some schools.

The new lawsuit isn't Fernandez's first attempt to kill the covered reservoirs. He recently challenged the land-use decision that will enable the city to demolish two reservoirs in Washington Park and replace them with new water features. When the state Land Use Board of Appeals agreed with the city in that matter, Fernandez pressed his case with the Oregon Court of Appeals, and lost.

"Mr. Fernandez has brought numerous legal challenges to the City’s efforts to comply with" federal rules, Commissioner Nick Fish, who oversees the Portland Water Bureau, said in a statement to the Mercury. "None have been successful. While we admire Mr. Fernandez’s tenacity, the City has an obligation to comply with federal law and to ensure that our water supply to Westside customers survives the 'Big One.'" (Fish is referring to a finding that the Washington Park reservoirs were unsafe in an earthquake.)

It's hard to lump the latest lawsuit with Fernandez's wonky land-use challenges, though. This will be the first time the long-held concerns over radon get a hearing in court. Roggendorf—who's made fights against the Water Bureau something of a specialty in recent years (see here and here)—says people will be concerned when they learn the facts.

"I don't want to be alarmist, but this is alarming," he says. "It is so counterintuitive and backwards what the city is doing, it’s amazing." 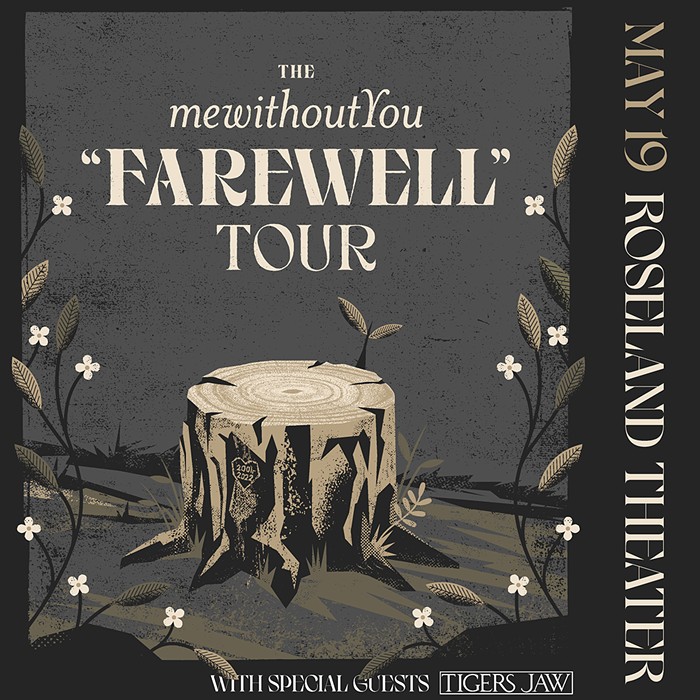 Win FREE Tix to See mewithoutYou at the Roseland!