1
More people just focusing on the sex. Come on people, take a look at the bigger picture here.

It's not the sex- it's that he asked someone to lie for him and that he put his own reputation ahead of the city.

Those of you who focus just on the sex, one way or the other, are feeding into the homophobic culture.

This letter, more than anything else I've read so far, encapsulates my disappointment in Sam's lie (the lie not the sex!) and my parallel conviction that he needs to stay in office and do the work we elected him to do. Well done.
Carl on January 23, 2009 at 3:21 PM · Report this
5
"The Arts Community?" Come on, WTF does that mean, and who do these people claim to be representing?
GLV on January 23, 2009 at 3:24 PM · Report this
6
@GLV

I challenge you to go live in a city without an "Arts Community" and see how long it takes before your brain atrophies from boredom and one too many rodeo rallies. 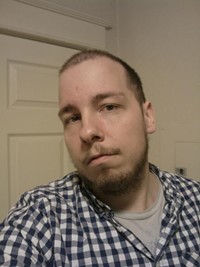 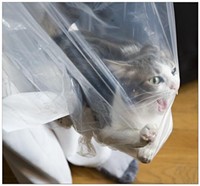 12
Oh, and to explain it to you slowly, like you were a five year old:

When a small group takes it upon themselves to call a press-conference and make declarations on behalf of a city's "arts community", it's a bit presumptuous of them (unless, of course, they held a quorum and somehow conclusively determined the monolithic opinion of this "arts community"). No?
A cat........ on January 23, 2009 at 3:52 PM · Report this
13
Ok, but only since they clearly didn't teach English mechanics at your middle school.

When nouns are capitalized, they are called "proper nouns." Such designations confer a sense of formality on the subject. For example, "downtown" could be just about anywhere on the west side in common usage; however, Title 33 of the Portland City Code defines "Downtown" (note the capital D) as only the area south of Burnside, between the Willamette River and I-405. The Pearl, 23rd, South Waterfront, etc. aren't part of it.

In this instance, "Arts Community" (again capitalized) implies that there is some sort of formal group, council, organization, etc., representing artists in Portland, and that this is their official, stated position. Just as with the gay community taking offense to Just Out's claiming to speak for a large group of people with widely varying opinions in calling for Sam's resignation, "artists" in Portland (itself a subjective term) are likely to be offended that a self-appointed group is advancing the position of a "Community" that many of us do not agree with. It's a nuance yes, but an important one. "Leaders in the arts community" would have been an appropriate headline.

In any case, getting angry with the arts community for calling themselves the Arts Community seems to me to be a bit meta.

Actually, come to think of it, I prefer meta legos. 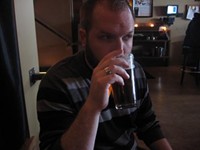 15
I DECLARE MYSELF THE PORTLAND ARTS COMMUNITY!

The headline is my phrase.

No press conference was called.

In the letter they identify themselves as "leaders in the arts community," and in his email Chris wrote: "Attached please find a letter drafted this morning from 27 of the city’s Arts Leaders in support of Mayor Adams continuing in office."

In other news, Art Overlords is a great band name.
D on January 23, 2009 at 4:24 PM · Report this
21
I know that Bob Ball is (was) very involved in our community. I wonder if he ever contributed his time and/or money to the "Portland Arts Community" before our cowardly mayor through him under the bus. I voted for Sam, and I am totally disappointed with his lack of professionalism and honesty, but I could have forgiven his poor judgment (I have a dick, they make mistakes). But for his role in the slandering of Bob Ball and the hiring of Amy Ruiz he has proven corrupt. How can we trust a mayor who is willing to ruin the reputation of a productive citizen to avoid blame for something he actually did? Shame on the Portland "Arts Community" (read: pretentious clones over-charging for lousy theater. SERIOUSLY lousy theater) for being so short-sighted on this issue.
WhatAboutBob? on January 23, 2009 at 4:29 PM · Report this
22
man, I changed that "through" to "threw" in the edit. Oh well, I guess if you disagree with my opinion I have given you one thing that laugh about. But seriously, the theater here is a joke.
WhatAboutBob? on January 23, 2009 at 4:32 PM · Report this
23
WhatAboutBob: The "edit comment" function doesn't work --like 10% of the people of Portland. You have to get it right the first time or face the wrath of the good spellers.

Anyway, this whole thing is a farce. Sam said he'd resign if the people wanted it. Now that Pink Martini and Storm Large have indicated they don't want it, everything is peachy again.

Now everyone can go back to sleep and Sam can go back to co-opting investigative journalists, ruining political opponents and "reaching out" to troubled teenagers.
Euphonius on January 23, 2009 at 4:48 PM · Report this
24
So the queer public art recipient bike nazi thespians are willing to forgive and forget. 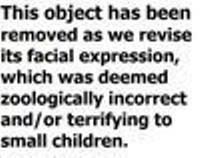 Because after all, isn't art all about fist fucking 17 year olds?
fahqueue on January 24, 2009 at 8:36 AM · Report this
26
According to KGW and the BizJournal, the leaders of the Business Community are meeting at the coast this weekend (they're the folks who wrote all those large campaign checks: the ones that didn't come from out of state). The commentator seems to think that they will actually poll their members before pretending to speak with a majority voice, and Sam is toast if they vote him down.
bruce123456 on January 24, 2009 at 8:45 AM · Report this
27
check
FEWnFARbTWEEN on January 26, 2009 at 4:20 PM · Report this