1
Awesome. The slimey, douchebag smile on the lawyer says it all.
Dignified Rear Admiral on February 9, 2009 at 4:14 PM · Report this

2
It's easy to hate on lawyers, but John Gutbezahl has done a great job representing me and I am very grateful for him help.

3
"The nature in which citizens and police officers interact needs to be improved. We all have the right to feel safe."

Very true. However, it's also true for the cops. It's worth noting that all of these cases you've been highlighting lately haven't been with average citizens going about their business. They've been with people who often admittedly are disorderly, obstinate, drunk, and uncooperative. It'd be a lot easier to be sympathetic in these cases if the people would just be polite and comply with the officers. Then if they're attacked or mistreated or abused, it's easier identified as such, and not as someone who is resisting arrest being hurt because the officer wants to avoid the risk of being injured themselves.

There are asshole cops. There are mean, violent, vindictive, abusive cops. And there are cases of excessive force where people's rights are violated. But for frak's sake, a lot of this could probably be avoided with even a modicum of respect for the law and the crappy job that the police have to do.
extramsg on February 9, 2009 at 6:19 PM · Report this
4
extramsg, you are right, sort of:
When the police start beating up on people that curl up into a ball when they enter the room, then we truly have a problem. However, that problem doesn't happen overnight, excessive force is a problem that develops though years of training and culture, and it takes years of training and culture to remove it. I saw the Beaverton police deal with someone that clearly had mental health issues last week, (I actually called them on the guy, he was yelling obscenities and other things on MAX) and they didn't draw their weapons or tase him or anything, they just stood back and talked to him for 10 minutes, (delaying the train, unfortunately,) until they'd convinced him to get off the train and come with them. I don't know how the Portland police would have handled the same situation, but I do have a guess, and I could imagine it would be ugly...

Now, I don't think I would say that the police department is out of control or anything like that. Most of the officers are fine, and the one that comes to our neighborhood association meeting is actually very good, (we had an unruly, and possibly drunk guy at the meeting once and she convinced him that he should go home.) But right now, I'd say that citywide we have an adequate police department. I want a good one, and if we don't stand up and demand a good one, I don't think we'll get it.
BobTheJanitor on February 9, 2009 at 6:53 PM · Report this 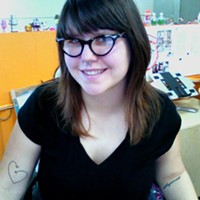 5
Also in response to extramsg:
You say this as if Phil was actually doing something wrong. He was riding his bike home, minding his own business, when a police officer (who according to Phil was not wearing a badge) jumped into the street and demanded that Phil stop. What would you do in this situation? I know what I would do- exactly what Phil did- ride like hell. I'm not usually scared on my bike, but people jumping out of the dark is pretty threatening. He was then knocked off his bike and tasered. The only thing Phil did "wrong" was that he didn't have proper bike lights which is NOT AN ARRESTABLE OFFENSE. So saying that Phil was poorly behaved and somehow "deserved" what happened is really, really cruel.

And i suppose YOU think that these cowardly punk-ass thugs who call themselves "police officers" should have the ABSOLUTE right to beat & taser citizens for no reason at all, huh? This is such a clear-cut case - it's soo freakin' obvious that Phil Sano was attacked by these goddamn cops! It's as clear as the sky is blue. So it's mind-boggling that anyone could defend these cops.
Then again, there are folks in this world who still defend Adolph Hitler, go figure...

I'm surprised you chimed in. I figured you were still locked in your dungeon jerking off to your bootleg copy of Twilight.
DeportMattDavis&DenisToo on February 10, 2009 at 2:36 PM · Report this

9
Hi Mercury Blog,
This is my revised testimony to John Gutbezahl. I realized I had erred in originally describing what I saw as "resisting arrest". Details are below. I hope this made it into the court record, as I haven't heard back yet.

Something didn't quite sit right when I left the courtroom and I realized that I had not entirely accurately described what I saw that night.

After you contacted me via email, I was called by the prosecuting attorney, Ryan Lufkin. Since you and Phil had contacted me, I was a bit confused, as I thought I would be called as a defense witness and not for the prosecution.

When Mr Lufkin called me on the phone to talk about testifying as a witness, he told me what types of statements I should make and what I shouldn't, i.e. no hearsay, conjecture or speculation, and to "just stick with the facts" and be "objective".

Fair enough if you believe that true "objectivity" is actually possible. Philosphers and legal theorists have been discussing it for milennia and as fas as I can tell the jury is still out on that one too. But I do understand that as a witness to any situation, it is best to describe things with as accurate a portrayal of the facts as you can. So given that, I need to be more accurate about what I initially described as witnessing someone "resisting arrest".

I truthfully do not know too much about the general rules and procedures of Municipal Court Trial law, but I have to say it was unexpected to be asked to be a defense witness by yourself and then be called by phone prior to the trial only by the prosecuting attorney, who then told me how I should form my answers to questions that would be asked of me in court. I was curious as to why you didn't call me to discuss these same things, i.e what type of testimony is permissible and advisable ?

In thinking about the events that transpired, reviewing the video I took on June 10th, 2008, and mentally reviewing my testimony today ( which I did for two hours after leaving the courtroom) I couldn't help feeling that the whole truth had not entirely gotten out in my testimony. As I swore to tell the whole truth, I feel I should revise and add onto my statements from today and in my original email to you.


If we are going to stick with the absolute facts, then I have to say that I didn't actually know that Phil was resisting arrest when I saw what happened that night. I hadn't heard or seen the cops read him his Miranda rights, so I cannot say for sure if he was even being arrested and resisting a legitimately sanctioned arrest, or if he was simply being physically detained, or assaulted and harassed without a legitimate reason by the police. Excessive and/or unjustified use of force by police upon American citizens is not entirely uncommon in this country and, given ONLY what I heard and saw that night, that may well have been what was transpiring before me.

But I did not know, as a fact and with absolute certainty, why Phil, or the cops, were acting the way they were. Based on what I heard and what is clearly audible in the video I took of the event, I inferred that it was because the police had tazered Phil Saino and he felt that that their use of a tazer was wrong. He clearly states this in the video tape.

Mr Lufkin asked me to say ONLY what I saw, so I have to say that I made a potentially significant error in originally describing what I saw in an email to you as "resisting arrest". Based on what was happening before me, I did not, with absolute certainty, know that a Phil Sano was "resisting arrest", since I came upon the situation after Phil had been tazered and put on the ground by the police.

I inferred that he was being arrested and was obviously upset about that, based on what was happening at the time. But not having seen what transpired before Phil was tazered, I cannot say that he actually was resisting arrest.

Furthermore, after watching the video again tonight, I cannot actually see or hear any evidence in it that Phil was actually resisting arrest, as much as trying to call attention to the fact that he felt that the use of the tazers by the police was unnecessary. In the video he says that he had already submitted to their authority and was on his knees asking them not to tazer him when they tazered him. I assume you have as accurate a voice transcription of the tape as could be made ?

What I can say with certainty is that I what I saw was someone who was being held down by policemen, shouting and screaming in a very loud and purposeful way. He was obviously attempting to get attention on the situation at hand and he was making statements to the effect that what the police officers were doing was unnecessary and unjust. He was saying that what they were doing was "wrong". I could not hear anything that the cops were saying to Phil.

This entire trial has made me think about the difference between facts and opinions. I had to ask myself: Did I, in fact, see a man resisting arrest ? The answer is NO because

2) I never saw Phil get arrested and have his rights read to him in the first place.

3) I did not have a clear enough visual vantage point to accurately describe exactly what was physically happening between Phil Sano and the police officers who were detaining him.

On the night of June 10th, 2008, I heard and saw a man being tazered, detained and physically detained by 2 or 3 police men, screaming and, apparently, in pain. I began videotaping what I saw. He was shouting out angrily and loudly that the tazering and physical violence that had received was unjustified and "wrong". While the police officers were detaining him he was loudly describing back to the police officers - and also to anyone within earshot - what they were doing to him and had done to him, how he felt about them for doing that, and why he felt that their actions were unjustified and wrong. I did not actually see Phil Saino resisting arrest because I was not there to witness any actual arrest, nor could I clearly make out visually what was happening from my vantage point. After I stopped taping I went across the street and spoke to a woman who was also witnessing the events, to see if I could find out what had happened. I told her I had made a video of the event. We exchanged contact information and I then left the scene to catch a plane.

That is the whole truth and nothing but the truth, as I witnessed it.

HI John, unless there was something I missed or you wanted to add, I don't think I will need to re-call you. Thanks.

13
Thanks for all the support, and the sterling coverage from Sarak Mirk and Elly Blue of BikePortland.org