Sellwood Bridge Mess: Is Portland Getting Gouged or Greedy? 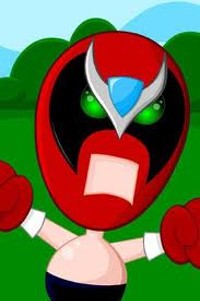 1
There are some pretty big parallels between the Sellwood and Interstate bridges. Both are needed, yet the folks that need them the most are not willing to pay for them.

I'm fine with toll booths. And he's right that Portlanders are paying more than their fair share. However, he's not going to deserve to be taken seriously quoting numbers like that, and by being so obviously BS it diminishes the chances of us getting a fairer deal.
Stu on September 20, 2010 at 4:32 PM · Report this
3
Metro should manage the bridges, plain and simple.
natureboy on September 20, 2010 at 4:45 PM · Report this
4
Tom Miller's figures for how many Portlanders use the Sellwood Bridge are misleading.

The City's own Transportation Bureau estimates that 80% of trips across the bridge begin or end in Portland (Sellwood Bridge Final Environmental Impact Statement, page 3-4). No one knows where each driver lives. It's clear the bridge is a key part of the City's transportation infrastructure. Obviously, many bridge users also live in Clackamas County and use the bridge to commute to jobs in Portland and elsewhere.

The plan for Multnomah and Clackamas counties to share in the cost of the new bridge with the City of Portland seems like an equitable way to share the cost of this regional project.

Tolls would be a fair way for users to pay for a new bridge. Tolls were studied but were found to not work at this location. Most drivers would simply avoid the toll on a Sellwood Bridge by using a bridge to the north such as the Ross Island.

5
@ Mike Pullen --If most drivers would use the Ross Island then why not tear down the Sellwood problem solved.
Rosy on September 20, 2010 at 7:03 PM · Report this
6
Two-thirds of the real estate on the bridge is for bicyclists and pedestrians. Doubtful that the majority of these will be coming from outside of the City of Portland. Seems like a pretty sweet deal for Portlanders that people in rural Multnomah County are paying for.
buckeroo on September 20, 2010 at 9:28 PM · Report this
7
I have driven and biked that bridge. I'm sure the City and the Multnomah county can resolve this by putting egos aside to look at a long term infrastructure funding plan. Clackamas County should be thinking a car, bike, pedestrian bridge at Lake Oswego. Imagine the economic development possibilities, Clackamas commuter advantages and light rail synergy.

For bike naysayers, the bridge connects the Springwater and West side river bike trails, feeds L&C college and many, many businesses along McAdam.

As for the "conflict", more a media creation than a real issue.
R on September 20, 2010 at 9:51 PM · Report this
8
The funding scheme for the Sellwood Bridge wasn't some great mystery that was just revealed this week. The City and the County laid out their funding sources and their funding levels more than a year ago (and it has been sketched out for many years before that). If Portlanders are getting "gouged", it was the Mayor's office that agreed to the depth of the wound.

So it doesn't matter who can be the bigger baby about inking the final details on the funding scheme. It just needs to get done.
Tony Fuentes on September 21, 2010 at 2:44 AM · Report this