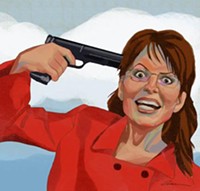 I THINK MOTORCYCLE GUY HAS A PLAN. HE STOLE CASH FROM ANOTHER CASINO BEFORE HE STOLE THE CHIPS. THAT MEANS HE CAN PAY STRIPPERS TO CASH THEM IN FOR HIM. WIN! ALTHOUGH THOSE $25,000 CHIPS MIGHT AS WELL BE POGS.
DemonJuice on December 15, 2010 at 10:06 AM · Report this 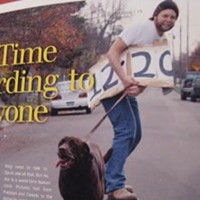 4
GOOD MORNING TK.,GRAHAM,DEMONJUICE, AND AUTHORS OF FUTURE POSTINGS BELOW THIS ONE.

MERCURY: WHY IS THE COOKING WITH POT STORY ALWAYS IN THE "MOST POPULAR"? IT IS WAY OLD AND HASN'T HAD A COMMENT IN A COUPLE MONTHS. DO THAT MANY PEOPLE REALLY SEE IT ON THE SIDEBAR AND CLICK EVERY DAY?

humanclock on December 15, 2010 at 10:15 AM · Report this
5
GOOD MORNING! WHY DID AUMSVILLE GET A TORNADO? I WORK IN LAKE OSWEGO, AND WE NEVER GET A TORNADO! MONEY CAN'T BUY EVERYTHING, I GUESS.

6
@ HUMANCLOCK: I'M GUESSING ITS PROMINENT IN THE GOOGLE SEARCH RESULTS FOR "COOKING WITH POT."

7
@HUMANCLOCK - AND SO IS THAT STUPID "THE DIFFERENT KINDS OF PEOPLE THAT THERE ARE" STORY. WHAT GIVES?

I WANTED TO CUT/PASTE THIS SECTION OUT OF THE FLORIDA GUNMAN STORY FOR EVERYONE - THOUGHT IT WAS A LITTLE RIDICULOUS. GO SCHOOLBOARD HERO WOMAN!

"Just after the room was cleared of everyone but the six men, board member Ginger Littleton crept back into the room behind Duke and attempted with her purse to knock the gun from his hand. She did not succeed, and she and Duke struggled. Littleton wound up on the ground, and Duke cursed her and pointed the gun at her, but he did not fire and allowed her to leave the room.

Littleton said Wednesday that she thought she was going to die, but she went back inside because "I was concerned about my guys. They were lined up like ducks in a row. He was already basically standing on the same level as them. I knew something bad was going to happen. That was my only option. ... My guys had three-ring binders and pencils for protection, and that's all."
Reymont on December 15, 2010 at 10:57 AM · Report this

9
GOOD MORNING EVERYONE. INSTEAD OF LINGERING ON DEPRESSING NEWS, TAKE IN THE GREATNESS THAT IS NICOLAS CAGE FREAKING OUT IN BUCHAREST:

10
@REYMONT, YEAH, THAT ONE TOO. SPEAKING OF WEB ERRORS, WHEN YOU GO TO POST A COMMENT, 'spinner-small-trans.gif' STILL AIN'T REPRESENTIN'.

DID THIS WEBSITE'S CODEBASE HAVE A ONE NIGHT STAND WITH WWEEK.COM'S CODEBASE OR SOMETHING?
humanclock on December 15, 2010 at 11:39 AM · Report this

11
@humanclock - I've been waiting for you to post that again! Didn't remember who had commented on it - and I wanted to say that I see no such error, when I post. Maybe it's just you?
Reymont on December 15, 2010 at 12:08 PM · Report this
12
@REYMONT: I'M SURPRISED AT YOU. YOU KNOW YOU SHOULD'VE RETYPED THAT ARTICLE TEXT ALL IN CAPS.

IF NICOLAS CAGE IS IN BUCHAREST, IT SEEMS UNLIKELY THAT HE ROBBED BELLAGIO IN VEGAS. BUT IS ALL AS IT SEEMS??!?
Todd Mecklem on December 15, 2010 at 12:17 PM · Report this