1
Funny thing is, a woman already married the Eiffel Tower. 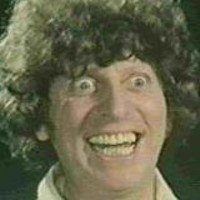 3
"I know what you're thinking: this woman is crazy!"

4
In the Eiffel Tower's defence, it is incredibly hung and can probably get in there all nice and deep. Who wouldn't want to put a ring on it?
Marq on November 22, 2011 at 11:53 AM · Report this

5
Also, if she is trying to make a point here, damned if I can tell what it is.

Uh, also, for the sake of poly visibility, because her video will undoubtedly lead to a lot of confusion for a lot of people; there are lots of people who have non-monogamous relationships, your friends and neighbors, and you just don't know it because nobody is allowed to talk about it. It's a lot more normal than you think.

Also, for the sake of poly visibility, I'm in a triad, with a male and female partner, and date people outside of that triad. I am your neighbor, perhaps, or your cashier at a store that I am obviously not going to mention. I am sitting next to you on the train, or crossing paths with you on the sidewalk.

8
@Todd: I insist that we at least exchange photos before initiating contact. Here's mine:

http://t3.gstatic.com/images?q=tbn:ANd9GcR…
ScrumYummy on November 22, 2011 at 12:11 PM · Report this
9
I remember that documentary! Erika Eiffel is really cool. She defended herself from sexual assault in the armed forces with her "first lover, at the time" a Japanese training sword.
http://en.wikipedia.org/wiki/Erika_Eiffel
Suzette Smith on November 22, 2011 at 12:19 PM · Mercury Staff
10
Cute! Here's a glamour shot of me before my eventual resurrection (mostly original parts): 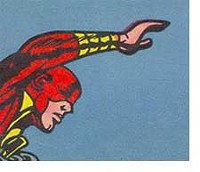 14
I can't tell which of us is trolling harder. But I'm not (really) an asshole, so here.