1
If Gary Haugen gets an incurable painful disease in jail, would Dr. No prevent Haugen from using the death with dignity medicine?
Andy from Beaverton on November 22, 2011 at 2:52 PM · Report this
2
The Death Penalty has never worked as a deterent to crime. That was the first problem with it.
Secondly, those 'endless appeals' ensured that the cost to execute someone far outweighs the cost to actually keep them alive in prison.
Third, I think that having to live the rest of your life in a cage thinking about how you fucked up is worse than death.
And finally, sometimes the State fucks up and kills the wrong person.
Hooray.
frankieb on November 22, 2011 at 2:59 PM · Report this

3
I'm conflicted - I like that Kitz took a bold stance, and the death penalty is a deeply, deeply flawed and racist system that should simply be abolished in the US.

That said, it's the Gov's job to take care the laws are faithfully executed (unfortunate word choice in this case). If OR law allows for the death penalty and the system in place has produced a death row inmate with an execution date, then the Gov is doing the opposite of his job here.

To be more clear, it seems problematic that the Governor can act unilaterally when he feels something is "morally wrong." Unlike a veto, which the legislature can override, there is no remedy for this action except voting him out in three years.

The only comparable action he could take would be a pardon, which he's not doing here. I guess I'm wondering where the power to (not) act in this way resides.
Commenty Colin on November 22, 2011 at 3:34 PM · Report this
4
@colin The govenor has clemency power over all prisoners, the law says that he could release every prisoner in the state if he saw fit. The law specifically gives him leeway to make this kind of decision, if it didn't he couldn't, and he isn't setting the guy free, just pressing pause no an unfair and expensive system. By the way this guy wants to die, so many would argue that keeping him in jail is a greater punishment. 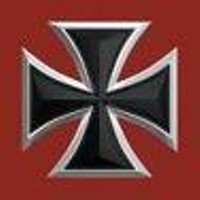 9
Let's keep unforgivable in perspective.
The first homicide for which Mr. Haugen was convicted, the beating death of his girlfriend's mother, got him life WITH possible parole 30 years ago. The homicide for which he caught the death penalty was the killing of a prison snitch.
The former strikes one as the least forgivable of the two.
eastside on November 22, 2011 at 9:22 PM · Report this
10
I don't get the argument that the state should execute him because he wants to die. What he wants seems irrelevant. If he wants a plane ticket to Cabo for spring break, is the state going to buy it for him?
on November 23, 2011 at 9:05 AM · Report this