First of all, the Citizens United decision did not declare that corporations are people. That was decided under US law decades (centuries?) ago. Denis, are you and Adams really that stupid?

Second, if Mayor Adams is so against corporate personhood, why doesn't he push to dissolve the City as an entity and take personal liability for everything it does? You know, for example, the thugs at the PPB who go psycho on people? Yeah, I'm guessing he wouldn't like to pay for that sort of damage out of his own pocket.

4
"This is the sort of thing that makes people laugh at Portland."

6
@2: You're not really making sense. Just because the Citizens United vs. FEC decision upheld already existing status quo of corporate personhood, that doesn't mean it didn't establish a declare corporations to be persons under the law establishing a far wider basis for it specifically in terms of political campaigns. "Decades (centuries?)"? You don't really seem to know your stuff here. Santa Clara vs. Southern Pacific? Is that what you're trying to refer to?

And why the hell would a resolution opposing corporate personhood mean that Adams would dissolve the City as an entity? I'm stumped as to the connection there. The City has a completely different kind of charter compared to a corporation.
geyser on January 13, 2012 at 10:35 AM · Report this

7
Couple extra words in my 2nd sentence there, sorry.
geyser on January 13, 2012 at 10:36 AM · Report this
8
Man some dum dums post on the Mercury's website. And post a LOT of stuff too! Hey Blabby, we meet again! Have you moved to Vancouver yet? http://blogtown.portlandmercury.com/Blogto…

And seriously, this is not pointless. Whoever happens to be reading this chain: never believe the negative comments from people who post on forums all day, or let it change a damn thing you do. I assure you, getting out there in real life and trying to make a heartfelt difference in this world - whatever it is - is not pointless. It never has been and never will be. THE PEOPLE UNITED WILL NEVER BE DEFEATED.
PDXGoosh on January 13, 2012 at 3:17 PM · Report this 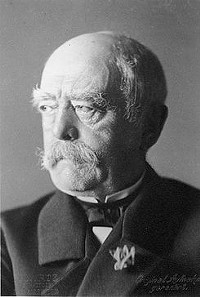 9
PDXGoosh:
While I appreciate the humor in your naive assertion that Blabby, Graham and Reymont all occupy the same "old" Portland category, I must take issue with your conclusion that your "happy art party positive activist" clan cares more about this place than any one of the rest of us. That is simply absurd.
Moreover, your assertion that you are somehow poised to take over our pleasant burgh is beyond stupid. As the owner of more than one piece of property here in town, I can assure you I am not going anywhere anytime soon. Nor are my heirs.
And I also realize it may be problematic for you to wrap your mind around the fact that I am NOT, nor ever have been a Republican (capital R).
Please, for the sake of this city, if you have anything remotely positive to contribute, pull your head out of your ass.
Baron von Turdwell on January 14, 2012 at 1:32 AM · Report this