1
All I see are new claims and little actual evidence. What are they waiting for? Perhaps it's to work all the fools up into a nice froth.

I'll believe it when I see it. And no, I'm not an ardent Ron Paul supporter.
Suburban Porn King on February 3, 2012 at 11:47 AM Report this
2
Huh, actually, SPK, it appears that they've uploaded thousands of emails and messages to the linked site. They actually do show informal ties between his supporters at the state level and people involved with the white supremacist community, in their own words. It seems like you would have to have some pre-held bias that overrides any objective ability to reason to turn your nose up at this evidence or not to look at it as possibly viable.

Strangely enough, that seems to be one of the hallmarks of adherence to the Paul cult of personality.
The Beans on February 3, 2012 at 2:33 PM Report this
3
Sorry, I overlooked the horribly italicized buttons.

Nevertheless, everyone has their biases. Paul Constant certainly has his. One bias I hold is for facts. I don't support speculation. So, I'll take a look and make my own conclusions.

It would not surprise me at all that Ron Paul is aligned with white supremacists though. Through my dabbling in libertarian ideology, I encountered more than a few racists. That doesn't mean all libertarians any more than all liberals are commies and all conservatives are fascists. 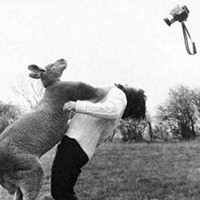