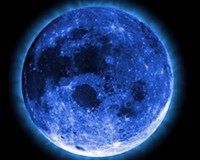 On Monday, April 2, people should meet at 11:30 AM on the 4th Ave side of City Hall (between Madison and Jeffeson) for a picket line and news conference.

As respect to Albina Ministerial Alliance Coalition for Justice and
Police Reform the only tactic being used is picketing at this event.

Because if you do, the police will be fully justifed in shooting your stupid ass.

6
@3:
Campbell's killing was justified because he was charging toward the officers while pulling out two sawed-off shotguns, one out of each pant leg. Yeah! It's awesome believing whatever version of events will make me feel good about a person getting killed in the street. Oh, he totally made a move for a weapon.
geyser on March 30, 2012 at 8:03 PM · Report this 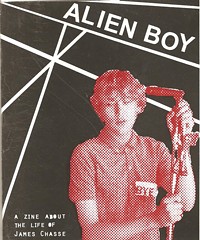 Police accountability is the only interesting issue in this political race. My our job, if you chose to do it, is get Brady, Smith and Hales on the record.

1. Will they join the AMA parade?
2. What's their immediate day one plan to reign in the PPA?
3. As police commissioner will they preside over the police union contract negotiations or leave them to HR underlings?

J_Renaud on March 30, 2012 at 8:03 PM · Report this
8
Geyser, I know you probably don't want to let facts get in the way, but perhaps you should read the arbitration decision. The arbitor goes down point by point on why this shooting was justified, and why the City knowingly and intentionally engaged in a wrongful termination.

And the headline is misleading; It's called "binding arbitration." Frashour *will* be reinstated with back pay.
on March 30, 2012 at 8:08 PM · Report this

9
The word is "arbitrator" not "arbitor," you ignoramus. I don't need any advice from you about avoiding facts, and you don't know what have and haven't read.
By the way, you posted the same comments here (http://portlandtribune.com/news/story.php?…)
but with the addition of this:

"And, oh (4) Don't be a police officer in a city with a boy-loving Mayor and spineless puke of a Chief that pander to race baiting minority groups that can't give a hang about the daily (black) gang shootings, but go nuts when a black criminal gets shot an officer of the wrong color."
Yeah, let's try and distract from all these shameful and embarrassing PPB incidents by throwing in irrelevant ranting about our queer mayor and all those awful "minority groups" -- those are the real problems, right?
You're a hateful POS, I'm glad you're retired, too, and sure hope you croak soon.
geyser on March 31, 2012 at 9:56 AM · Report this 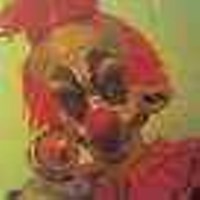 10
I always thought the guy that fired the beanbag rounds that caused him to run was the real culprit here.
Lewcifer on March 31, 2012 at 11:22 AM · Report this
11
That's a throwaway quote from Portland Copwatch.

It's more likely that the shooting didn't violate the city's contract and terms of employment with the police union. That needs to be rectified. Pretty embarrassing that the city settled out of court for over $1 million, then has to hire back the shooter AND pay back wages. I don't think the city could have screwed this up more if they had tried.
Chuck Garabedian on March 31, 2012 at 1:19 PM · Report this
12
@3, Frashour shot him in the back due to poor judgement and either lack or training or inexperience. After the negotiator had made progress on resolving the situation without force. Yeah, we should probably ignore those facts.
on March 31, 2012 at 8:53 PM · Report this
13
"of" training. We should probably ignore the whole "unarmed" thing too.
on March 31, 2012 at 9:26 PM · Report this 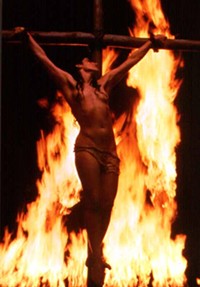 14
This is so very bad. So, not only are they reinstating this guy, with back pay, but they are also rehiring Kruger to TRAIN other officers? And this is announced NOW, in the wake of the Trayvon Martin murder? Powder keg indeed. i would say that it is a fine time for ALL people to rise up & take a stand against this not-in-any-way-subtle Racism.
i don't want someone like Frashour or Kruger being paid with tax dollars to murder & harass citizens. And here is an honest question ~ When has ANY cop, in any state, been subjected to a punishment for murder beyond losing his damned job? When has a cop gone to jail for murder of a citizen?
kalikill on April 2, 2012 at 12:15 AM · Report this

15
Awesome. Shot in the back...?
kalikill on April 2, 2012 at 8:23 AM · Report this
16
"There is a class of colored people who make a business of keeping the troubles, the wrongs, and the hardships of the Negro Race before the public. Having learned they can make a living out of their troubles, they have grown into the settled habit of advertising their wrongs - Partly because they want sympathy and partly because it pays. Some of these people do not want the Negro to lose his grievances because they do not want to lose their jobs."

Booker T. Washington
1856-1915
Educator, Author, and Civil Rights Leader
on April 2, 2012 at 11:06 AM · Report this
17
By what reasoning could an arbitrator possibly find shooting unarmed suspects in the back justifiable ? The fact that the officer had escalated this to the point of having a rifle shows an indifference to public safety. There is nothing this individual could have done to harm the officer. Not only shouild he stay fired he should be persecuted to the fullest extent of the law. When the laws do not pertain equally to all it is not freedom and liberty it is tyranny.
on April 4, 2012 at 1:16 PM · Report this

Statement from Mayor Sam Adams:
The Next Steps in the Ron Frashour Case

As Police Commissioner, I have deep respect for the often dangerous and difficult work of the men and women of the Portland Police Bureau. I have been quick to praise the Bureau’s great work, even in the face of criticism. I have backed that praise with tangible support: I prevented deeper budget cuts than those faced by other City Bureaus, implemented new legal enforcement tools to keep illegal guns off our streets and approved a new training facility.

As Police Commissioner, I am also responsible for holding accountable those who fail to follow Bureau policies; one such policy is Portland’s procedures for the acceptable use of deadly force. Our standards for the allowed use of deadly force are more restrictive than national standards and the local standards of other police departments. Our policy and training requires Portland Police Officers to use restraint when we receive a call to check on a person’s well being, as was the case with Aaron Campbell. I believe Frashour violated our policy and training protocols regarding allowed use of deadly force.

The City Attorney has determined under Oregon law 243.706(1) that the “City has sufficient legal grounds to challenge the reinstatement of Office Frashour.”

Based on the City Attorney’s opinion, I will not implement the Arbitrator’s decision. If the Portland Police Association challenges my action, I will request that the ERB expedite their decision-making process on this matter.

I consulted with the City Attorney, outside counsel and the Police Chief extensively on this matter. I also listened to Officer Frashour’s union representative’s extensive statements and spoke with Campbell’s family briefly. Their collective input was invaluable as I made this decision, and I thank them for sharing their thoughts.

Here's a link to the memo:
http://www.portlandonline.com/shared/cfm/i…

tl;dr: City has sufficient legal grounds to challenge the reinstatement of Officer Frashour. Counsel anticipates Portland Police Association will file an unfair labor practice complaint with the Employment Relations Board.
Ostracon on April 12, 2012 at 6:00 PM · Report this