3
1. What evidence has been turned over by the DA, and about what % of the whole is it?

2. How did Judge Albrecht react to what sounds like a complete flouting of the 6/18 deadline? Related: Did the DA ever move to push the deadline back? Why isn't the DA's office being sanctioned for this delay? 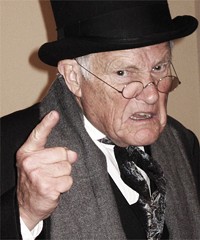 4
What a weakling we have for a judge here. Letting the state run roughshod over the rights of the defendants.

But that is the problem. Expecting that one part of the system (the court in this case) can and will hold the state accountable for anything. Which it won't in a truly meaningful sense, because the courts, the DA and the police are co-conspirators on most levels. Too many conflicts of interest.

Another tactic is the attempt to wear down the aggrieved parties, much as we are seeing here. Things can (and do) drag on and on and on. Eventually quite a few people end up giving in or giving up. Welcome to life in the big city.

As for DDA Lowney, he sounds like a misdemeanor apparatchik know-it-all with delusions of grandeur, still likely occupying a tiny office on the old D court row about the size of a broom closet. Maybe the poor guy can't fit all of the 60 some odd defendant files in his office at the same time. Those poor souls laboring away on Schrunk's plantation gotta get their kicks somehow, right?. Next victim, please!

Ex-Human on June 26, 2012 at 6:21 PM · Report this
5
Re: “The explanation the council has given is fully and entirely inadequate." I think you mean "counsel"
on June 27, 2012 at 9:31 AM · Report this
6
Hmm, great editing, by the commenters if not the Editors :) and are we surprised there are no links to http://occupyportland.org/ or http://www.facebook.com/OccupyPortland/pos… or http://portlandoccupier.org/2012/06/25/occ… Overall tho, ThanX Much for this good job Nathan GiLLes
Charles Johnson on June 27, 2012 at 5:15 PM · Report this
7
Cops nationwide are out of control, as are the fbi assassins who train them.
See summary of my report on police/fbi assaults on me here:

and see fbi operative comments to me here:

Must prosecute the fbi/cia's own serial killers and murderers:


See the evidence that the 'fbi's organized crime task force' (and their associates within the fbi itself) are the new organized crime syndicate & pose the greatest threat to the United States of America in this century.


http://fsm2011.org/ar/depoimento/intellige…
Geral Sosbee on June 27, 2012 at 6:27 PM · Report this
8
If a citizen pulled the crap that the DA is pulling they would be held in contempt of court.
All charges should be dropped immediately on constitutional grounds re Right to a speedy Trial. Just another example of harassment by the city against Occupiers. Harassment by a system designed to frustrate and emotionally and financially bankrupt any person caught up in it regardless of guilt or innocence. Justice in America BAH!
on June 27, 2012 at 10:28 PM · Report this