Anarchist Threat or Just a Bunch of Kids Breaking Stuff?

Nathan Gilles
Back to article

1
BOY, DENNIS THE MENACE SURE WAS LUCKY MR. WILSON WASN'T AN FBI AGENT.
Drunk & Write on August 1, 2012 at 5:04 PM Report this
2
All so-called "plots" by apparent anarchists are total fabricated bullshit! Merc. you and everyone else ought to be sensible enough to know this! And as far as "pulling the fake trigger" (particularly where it concerns the jinned-up "xmas tree bomber) - well, if you lean on some kid for a year who's already rightfully pissed about alot of things , freak him out with pictures of dead Arabs, and spend all that time grooming, brain-washing, and setting him up, well just what the Hell would anyone expect?
DamosA on August 1, 2012 at 5:37 PM Report this

3
In the FBI’s defense, some recent anarchist activity has been a little scary.

Yep, I shit my self. Twice.
fidelity_axiom on August 1, 2012 at 6:13 PM Report this
4
Your whole article is a bunch of crap due to the sole fact that you failed to read about the kids who were arrested in Chicago. That is pretty much the craziest and scary miscarriage of justice happening in the United States currently. Just a quick read on a couple of articles would have enlightened you to the fact that there are kids sitting in jail in Chicago right now with absolutely no evidence charged with terrorism. These same kids a week prior to their arrests filmed Chicago cops roughing them up and uploaded it to youtube, which became a pretty big embarrassment to the Chicago PD. Connect the dots and try to be honest even if it doesn't fit in your narrative. Specially when young people are rotting in prison for NO reason.
on August 1, 2012 at 6:34 PM Report this
5
Specially
Drunk & Write on August 1, 2012 at 6:48 PM Report this

6
fyibro: wow, you should be a reporter, bro -- these bloggers ('specially' those from the merc) got nothing on you, bro.

if so: fuck you, man.
human in training on August 2, 2012 at 11:27 AM Report this
7
Weird! I didn't know I was trying to be a reporter! If you would have told me about this earlier maybe I would have been able to conform to your strict grammar guidelines in the Portland Mercury comments section. Now I know why nobody ever contacts me on OKCUPID! I am so happy now that I can focus on what is important, the word specially and not things that actually matter in real life.

8
you're quite welcome, bro.

now run along and go insult the author of the next blog, and then the next.....especially if they haven't read the exact articles you have.
human in training on August 2, 2012 at 12:22 PM Report this
9
I actually have insulted both the author for not reading a simple to find article such as this one:

And you for responding like an annoying judgmental English major who believes the civilized world revolves around proper grammar. It is just annoying, you are annoying, an annoying, expected online contributor. No offense, bro.
on August 2, 2012 at 12:57 PM Report this

you done got yourself all worked-up into a tizzy over the grammar/misspelling thing -- i make plenty of mistakes myself, only i don't have a tantrum and try to redirect when i'm called out on them, bro.

besides, if you look at my original comment, the 'specially' part wasn't my main point.....my point, bro, was that you called the article 'a piece of crap' for some non-sensical reason, as if it somehow goes against your beloved chicago story.....

relax, bro -- you're the one who started this. 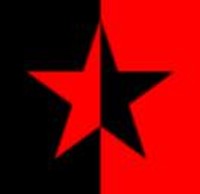 11
Do some damn research, what you wrote looks like it is a press release from some clueless government bureaucrat.

Black Blocs are a TACTIC, not a "group" or "organization". Here, since you are so lazy: https://en.wikipedia.org/wiki/Black_bloc.

Also by stating: "now “unorganized” and not dedicated to particular causes." Is also 100% inaccurate, the aims are pretty much the same as they have been since the 1st international when the Anarchists fell out with the Marxists. The particular causes are this: Organization of the working class to oppose capitalism, Immigration reform, Anti-War, Social Justice, living wage, shorter work days, and environmental justice.

I also concur with fyibro about the Chicago arrests. Everything from press reports indicate that homebrew supplies were found. It's like some asshole arresting you and charging you with terrorism because you have empty beer bottles in your kitchen, and a gas can in your shed for your lawnmower.
Agit on August 2, 2012 at 4:10 PM Report this
12
Thanks for the Salon link, fyibro, agreed with you and Agit the author should have researched this a bit before publishing, and should be revising it according to feedback (however heated). They can do that now, it's not as though they have to reset all the type and print a special edition. Specially.
xauen on August 3, 2012 at 7:42 AM Report this
13
Did you ever think the F.B.I. was targeting the ideology, not the individuals. I mean, if a bunch of kids in black breaking windows is enough to warrant the same sort of systematic persecution as Muslim fundamentalists, than maybe that alone is good enough proof that they're on to something. But you're just an O-ray-gon hick so why bother talking to you. You should be at a Jamba Juice listening to the Strokes and pretending to know what you're talking about.
on August 9, 2012 at 5:29 PM Report this
14
For being so up in arms against Anarchists and Anarchism, you sure do post a lot of articles pertaining to them. So, maybe you could publish something with some substance instead of just acting like media vulture whores with zero ethics; i.e. everything wrong with this world. P.S. Your president is a criminal and you're a hypocrite. Shame on you.
on August 9, 2012 at 8:19 PM Report this