TBA and the "Civic Realm" 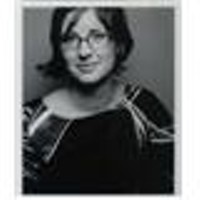 1
Holy cats, can you imagine if PICA made its programming fun for everyone? I wouldn't touch it with a ten foot pole. Gatz might make a stunning reality tv show, though.
CWhoa on September 3, 2009 at 5:39 PM · Report this

2
Wow...beat-down. TBA is going to be serious this year. It is the perfect type of festival for the new social media and smart-phone tools.
pdxpipeline on September 3, 2009 at 6:56 PM · Report this 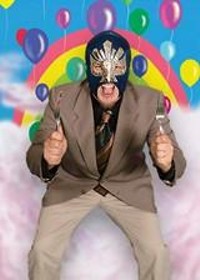 3
Right on, Alison. I think Row's problem is not so much with the festival, but with contemporary art itself. Considering what a mixed bag the genre can be, it would be extremely difficult for PICA to engender more excitement about TBA than it already does. It depends on how adventurous a Portlander is feeling at any given moment, and what they happen to witness.

For instance, if I walked in off the street to see tEEth's inaugural TBA performance, you can bet that I would have never gone out of my way to see another show. However, if my first show had been the amazing Peaches and Herb performance, I would have been jogging to the box office to see what else I could see.

I've been covering the festival for one media outlet or another for the last six years and I can say I've seen PICA really reach out to the community to draw them in. Remember the high flying video/dance/acrobatics of STREB's Wild Blue Yonder in Pioneer Courthouse square? If that wasn't populist and accessible, then I don't know what it is.

And TBA has done many events like that. They have used public spaces for free performances, revitalized downtrodden urban areas with the Works, and have made an effort to reach out to the public. If Row feels the festival has a low attendance, then maybe he should look at the way we educate people in the arts.

The arts aren't doing that well? I'd like to say part of that problem is that more children are exposed to the Blazers than they are to ballet... much less contemporary art.
Patrick A. Coleman on September 4, 2009 at 8:08 AM · Report this